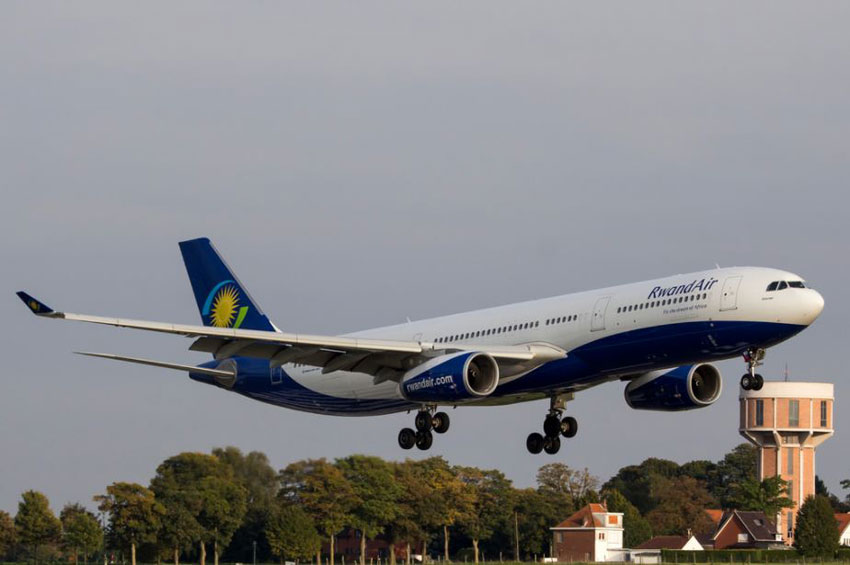 The national carrier RwandAir has suspended all flights to Southern African countries over global fears of the South African New Coronavirus variant, which has led to some countries suspending travel from the affected countries.

RwandAir announced the development on Sunday following reports that the South African variant which carries a mutation, called N501Y, that appears to make it more contagious or easy to spread, could be spreading very fast and could be spread globally.

“In view of the global concerns on Covid variants prevalent throughout southern Africa, RwandAir announces the suspension of its flights to Johannesburg, Cape Town, Lusaka and Harare, effective 8 February 2021,”

“Scheduled flights will resume as soon as there is more clarity on the situation. We sincerely apologize for the inconvenience caused. Affected customers can rebook and fly at a later date at no additional cost – or request a refund,” the airline said in a statement.

South Africa on Sunday said it had put its roll-out of the Oxford-AstraZeneca vaccine on hold after a study showed “disappointing” results against its new Covid variant.

Scientists say the strain accounts for 90% of new Covid cases in South Africa. According to the BBC, a study involving around 2,000 people, found the vaccine offered “minimal protection” against mild and moderate cases of Covid-19.

South Africa has received 1m doses of the AstraZeneca vaccine and was due to start vaccination next week but the South African Health Minister Zweli Mkhize said the government would wait for further advice on how best to proceed with the Oxford-AstraZeneca vaccine in light of the findings.

Studies however showed that the Moderna vaccine could still be effective against the South Africa variant, while AstraZeneca has said its vaccine provides good protection against the UK variant first identified in the UK.

Early results suggest the Pfizer-BioNTech vaccine protects against the new variants. However, countries have been wary of the new variant, fearing that it could complicate an already worse situation.

The U.K banned travelers from different Africa countries, fearing the importation of the virus. However, the inclusion of Rwanda on the list infuriated the government, considering that there is no proof that the new variants are in Rwanda, while the country observes strict travel restrictions that require all travelers to have a negative PCR test.

Analysts said Rwanda’s handling of the New Coronavirus has been more effective than the U.K’s, hence the travel ban was unwarranted.