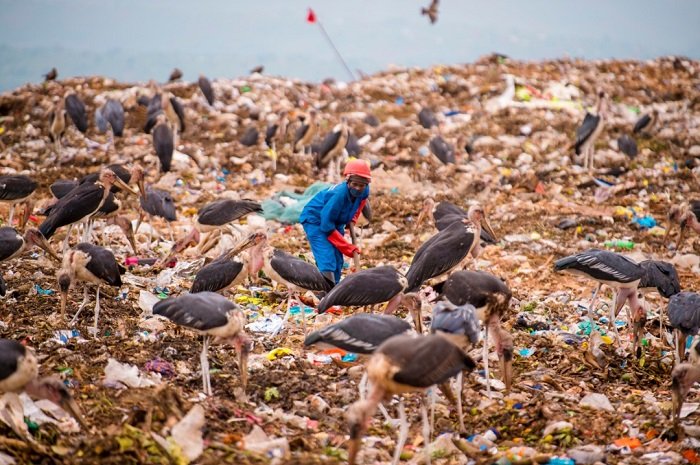 The Parliamentary Account Committee (PAC) has tasked the government to provide a comprehensive report on how to solve Nduba landfill issue after lawmakers cited concerns over billions of funds injected in addressing its environmental concerns in vain.

The PAC report presented on March 2, 2021 showed that government has spend tax payer’s money on the Nduba landfill in Kigali city- which was initially located in Nyanza sector in Kicukiro district in 2012 before being shifted to Nduba sctor in Gasabo district.

It was indicated that the government spent over Rwf1,3billion in daily maintenance and Rwf569,646,695 in expropriation.

The Auditor General OAG report further shows that between 2016/17 fiscal year- when the issue of Nduba was first tabled in parliament and 2019/2020 the site has consumed Rwf2.5 billions while there are still complaints of expropriation and lack of a permanent project to manage the increasing waste and environment concerns as a result of lack of a private contractor.

In this regard, PAC chairman Valens Muhakwa said that they highly recommend the Auditor General presents a follow up on the Nduba landfill issue by providing the committee with a detailed report on persons behind the failures and a way forward in resolving the environmental concerns- especially health hazards, contamination of land surrounding the landfill and citizen‘s expropriation process.

“The OAG will do a follow up and present a report in two months which will give parliament a view of the next direction to take on this issue,” Muhakwa said.

Parliament learnt that key city of Kigali and environment officials interviewed by PAC told the committee that a tender for the Nduba feasibility study was commissioned and is in its final process of which it could be presented in three months.

However, Members of Parliament raised concerns of the length of time the Nduba issue has taken only to end up in paperwork and reports in shelves, and asked that if possible the line ministries and the prime minister’s office be given a task to end concerns raised.

“There are possibilities of using other landfills in satellite cities which can be used to tentatively reduce the waste burden in Nduba and also look at a bigger plan of using the waste as a source of energy since the studies have delayed for long,” MP Frank Habineza suggested.

According to some of the officials interviewed by the PAC during the report compilation, it was revealed that the ministry of infrastructure and the Swedfund have set aside $ 700.000 (Rwf693.6million) in budget year 2020/2021 to be injected in the Nduba management project.