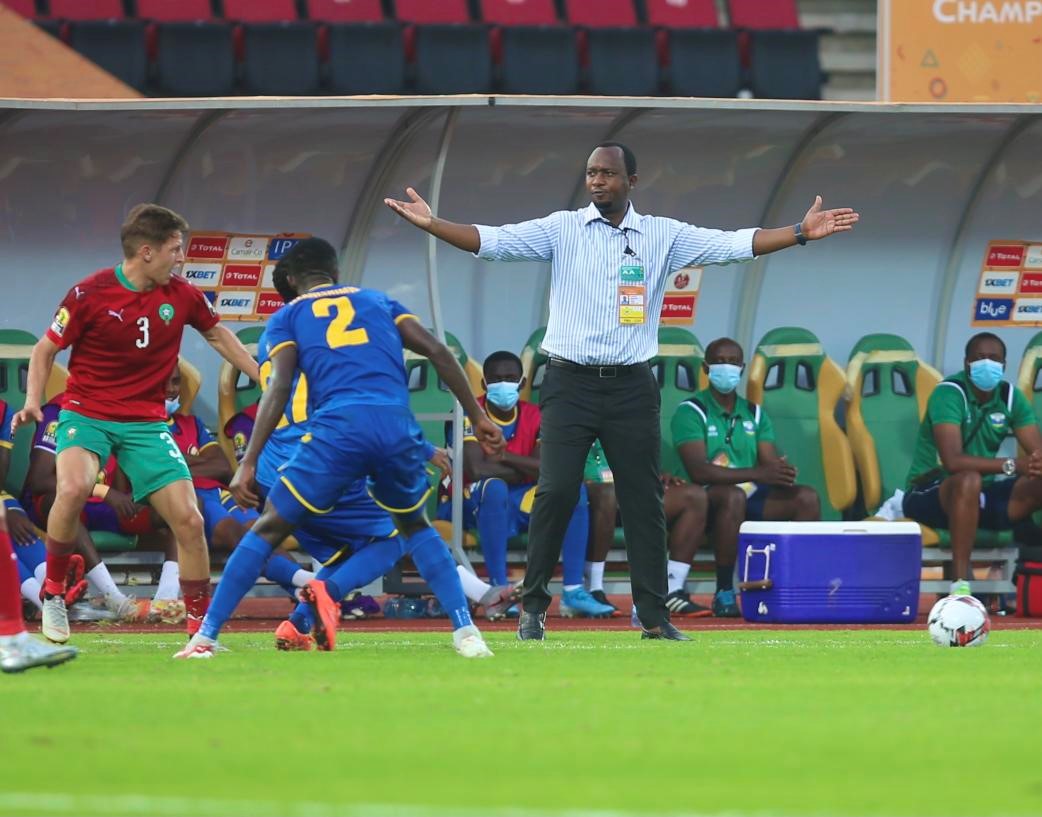 Head Coach Vincent Mashami has signed a contract extension with the national team and will remain in charge for at least another year.

The Rwandan Ministry for Sports has thrown its support behind Mashami to retain his position after his initial contract ended last month.

The Rwandan Football Federation (FERWAFA) confirmed the extension in a statement on Wednesday.

“We are happy to announce that Vincent MASHAMI will stay as Head Coach of the Amavubi Stars for one more year.” said François Régis UWAYEZU, the FERWAFA Secretary General.

“During his tenure he has improved the tactical discipline and we still count on him to bring success out of it in the near future. He has mainly been tasked to qualify the national team for the playoffs for the 2022 World Cup qualifiers’ he added

“We have a big challenge ahead of us and that is to continue improving and evolving, and I am very excited about what is coming.” Mashami said in a statement. “I am humbled by the confidence and trust from FERWAFA and the Ministry of Sports; having this kind of support is the best thing any manager can have.”

Mashami, who previously worked with the national team as an assistant coach, took over as the head coach in 2016, succeeding Antoine Hey in the role.

He subsequently led Rwanda to the quarter-finals of CHAN 2020 which put him under good light but his side’s displays at the ongoing Afcon qualifiers have left many fans disappointed after Amavubi failed to win a single game in four attempts.

Mathematically, it is not impossible for Rwanda to qualify for next year’s Afcon in Camerron but they will need a considerable improvement in the next three games of the qualifiers where they sit bottom of Group F with only two points from four games

They next host Mozambique in Kigali on March 24 before traveling to Cameroon to face the Indomitable Lions, who have already qualified as hosts.