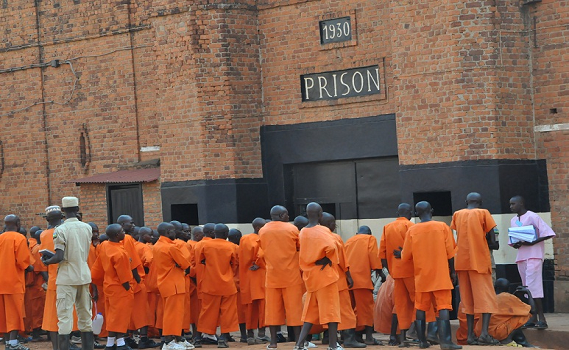 An eye witness narrates that in the wake of the 1994 Genocide committed against Tutsi – 27 years ago,  even hills were informed that something awful had befallen the country.

“The beautiful hills of the capital city-Kigali were nude. Bodies were scattered. Forget about the beauty of Mont Kigali, Jali, Rebero and other landscapes that portray Kigali’s beauty,” former MP Evariste Kalisa who came to the capital city from Byumba after the fall of Kigali, said.

“They (hills) were ugly with roaming dogs and this was the image that would welcome you.”

Basic needs were not available for the repatriating Rwandans and Genocide survivors; the international organizations in place were not willing to give anything, not even water, according to Karisa.

“We worked with the Rwanda Patriotic Army (RPA) Inkotanyi to have city residents cross the emergency situation,” Karisa recalls during a Kwibaka live show at Rwanda Television at the start of Kwibuka 27. 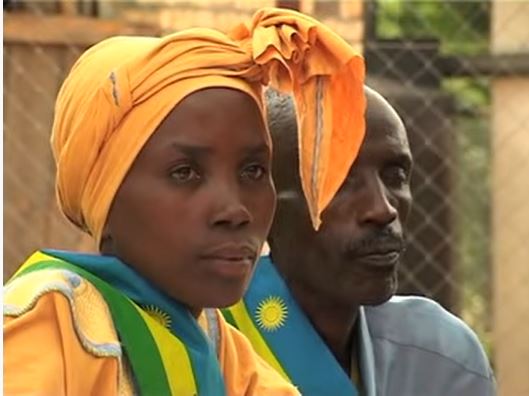 Inyangamugayo during a Gacaca trial hearing

This however, did not prevent the new administration to settle from ash of the Genocide consequences on July 19, 1994 when the first government of Unity and reconciliation was put in place having every corner of country’s life as priority.

Jean Bosco Siboyintore, a senior official at National Public Prosecution Authority (NPPA) was then a young professional who was also wondering how the future of a devastated Rwanda would look like.

Siboyintore has this story of Rwanda’s judicial system recovery at fingertips, and, given his daily work at the Genocide Fugitive Tracking unit, he explains Rwanda’s journey in pursuing and prosecuting Genocide crimes and the cost associated.

The first thing to note is that prosecuting Genocide crimes started with several challenges because the domestic laws had gaps in this regard.

Despite the country being a signatory to the Convention on Prevention and Punishment of the Crime of Genocide of December 9, 1948, they had no provisions to punish the Genocide. 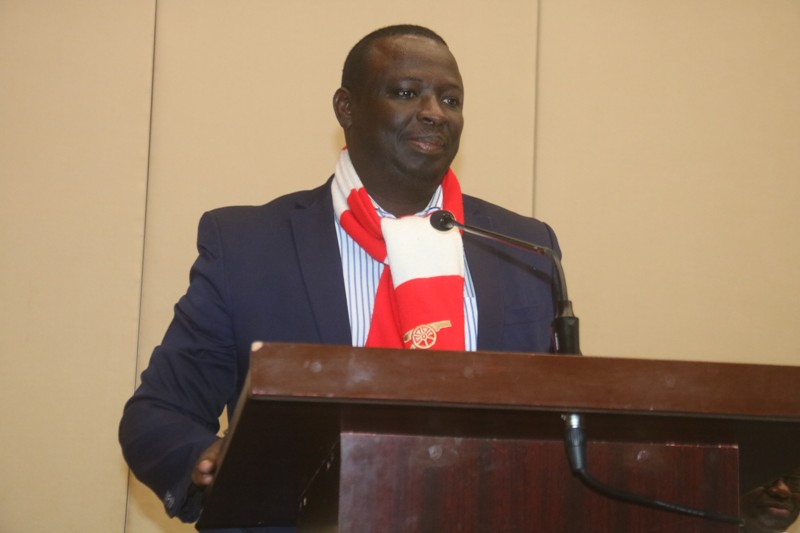 To fight impunity, the new government took in hand two assignments including arresting the suspects, while also training prosecutors, judges, investigators, among other professionals who were needed to solve the problem.

“I was personally part of the first cohort. We had a-8 month accelerated training by local legal experts who had survived the Genocide and others who did not participate in the tragedy. We had technical support of several partners including Holland and Belgium since 1996,” Siboyintore said.

This accelerated training continued until 1999.

The pioneers of the judiciary in the aftermath of the Genocide then started doing files, gathering proofs and so much work that they did not have an idea it would get to an end.

“There were so many exhibits to gather and those included papers that were left by Genocide planners and killers with so much information, yet it involved several challenges. I remember that some people were using those papers to cook food because there were a few options,” recalls Siboyintore.

The country will wait until August 1996 to have clear provisions on Genocide crimes, the organic law No. 08/96 of August 30, 1996 on the Organization of Prosecutions for Offences constituting the Crime of Genocide or Crimes against Humanity committed since October 1, 1990.

Until then, an estimate 120,000 genocide suspects in jail were waiting for their trial to take place, and Siboyintore recalls that the first trial on genocide crimes was concluded in December 1996.

In the following six months, 6000 cases were tried, and it was clear, that the country would not handle, unless a unique formula was found.

“At that time, experts estimated that it would take at least one hundred years to try the dozens of thousands inmates in jail, which could be translated as justice delayed, justice denied,” Siboyintore said. 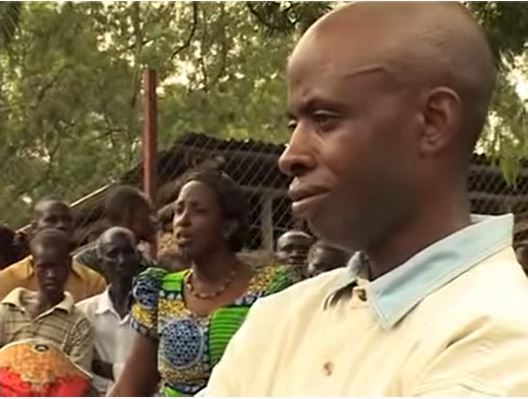 The first attempt to find an exit was to encourage the inmates to plead guilty and to apologize with sincere hearts which bore fruits.

This was coupled with efforts to complete files of the inmates.

Siboyintore recalls how they would have to take inmates to the markets or a gathering of the village where the inmates hail from.

They would use speakers to present them to people who would give information about them.

“Whenever there was none to testify against an inmate, we would take the latter back to prison to hand over the uniform and release them right away and it was the case for many inmates, which helped us to reduce congestion to some extent,” Siboyintore recalls.

As for the guilty plea, only second, third and fourth categories would be allowed this option in spite of category one which include chief planners and perpetrators of the Genocide commonly known in Kinyarwanda as Ba Ruharwa.

For the guilty plea to be accepted, the defendant had to show co-authors, to indicate the place where genocide victims were buried which was a key component of unity and reconciliation.

This was a period of time where Genocide survivors were concerned with the whereabouts of the victims, which also affected them mentally.

The information the inmates gave that time informed the construction of Genocide memorials which served as final resting place of the bodies of Genocide victims that were found and deserved a decent burial. 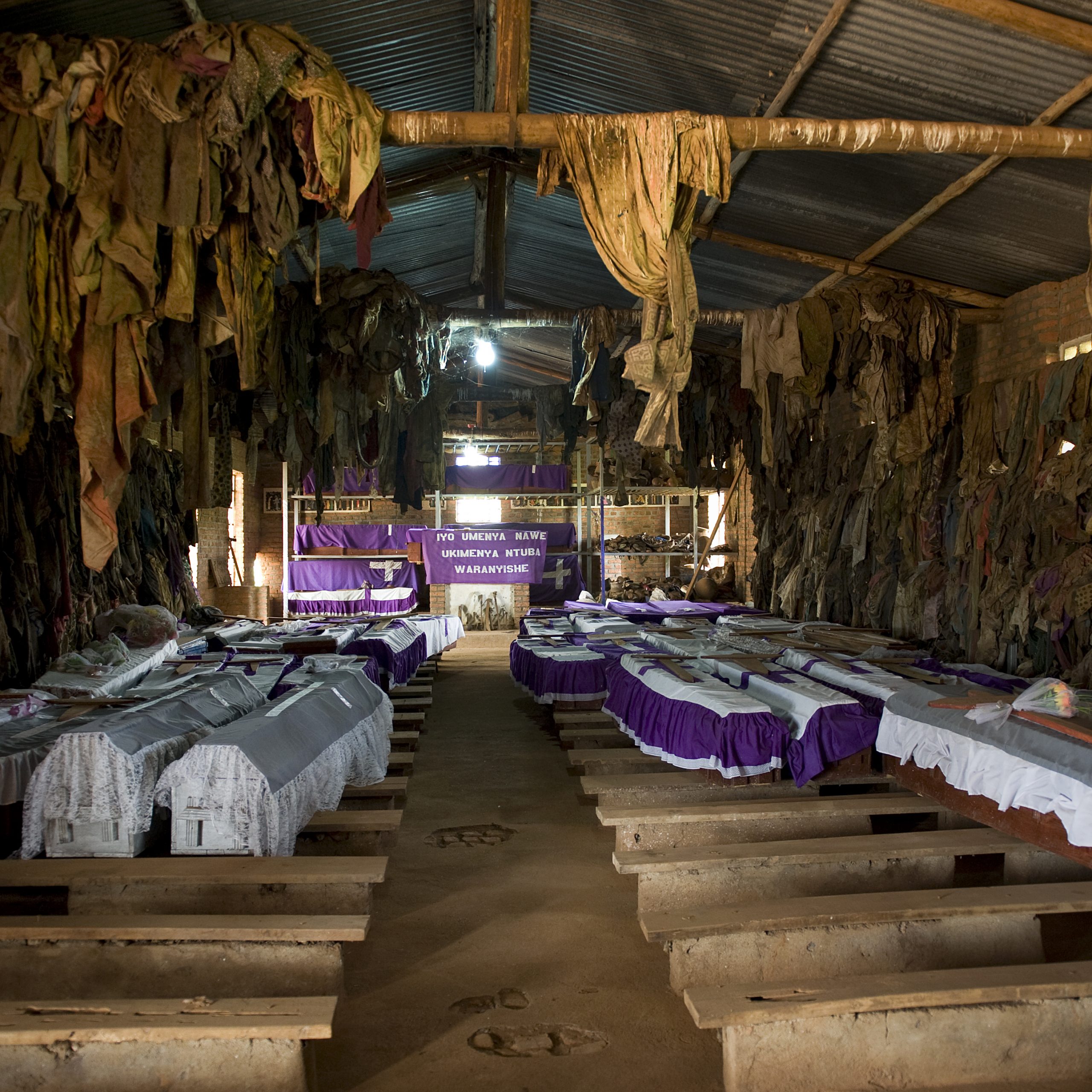 Amongst the first genocide memorials could be the church of Ntarama. It was converted into a genocide memorial on 14th April 1995 and is dedicated to the 5,000 people who lost their lives in this area of Bugesera where the Genocide was also tried earlier in 1992.

Following a positive response to the guilty pleading, in 1999, a law was put in place to guide the exercise, and between 2003-2005, they obtained presidential pardon.

Amongst beneficiaries included the elderly, the sick and children who were as young as 15 and 14 years during the Genocide.

Siboyintore even recalls that there was a child who committed the Genocide at 10 years.

“They used to follow their fathers. Children helped us a lot during investigation on the Genocide crimes,” Siboyintore said.

The Urugwiro Sessions: A turning point

While all these efforts contributed hugely to laying a foundation for the justice sector, the cornerstone would be the country’s orientation sessions that took place at Village Urugwiro between 1998 and 2000.

“We had politicians, religious leaders, briefly, several personalities from all works of life to discuss the country’s orientation,” recalls Hon. Karisa Evariste.

Here came the idea of using homegrown approach to deal with the cases which would, at the same time provide justice and reduce the congestion which was alarming in local prisons.

The community justice commonly known as Gacaca was approved as being the way to go. It consists of  Rwanda’s traditional mechanism for resolving disputes.

“We were under pressure of the international community to try all the inmates in classic courts and in reasonable time, we opted to find our formula because the proposals that were being given could not work,” said MP Karisa. 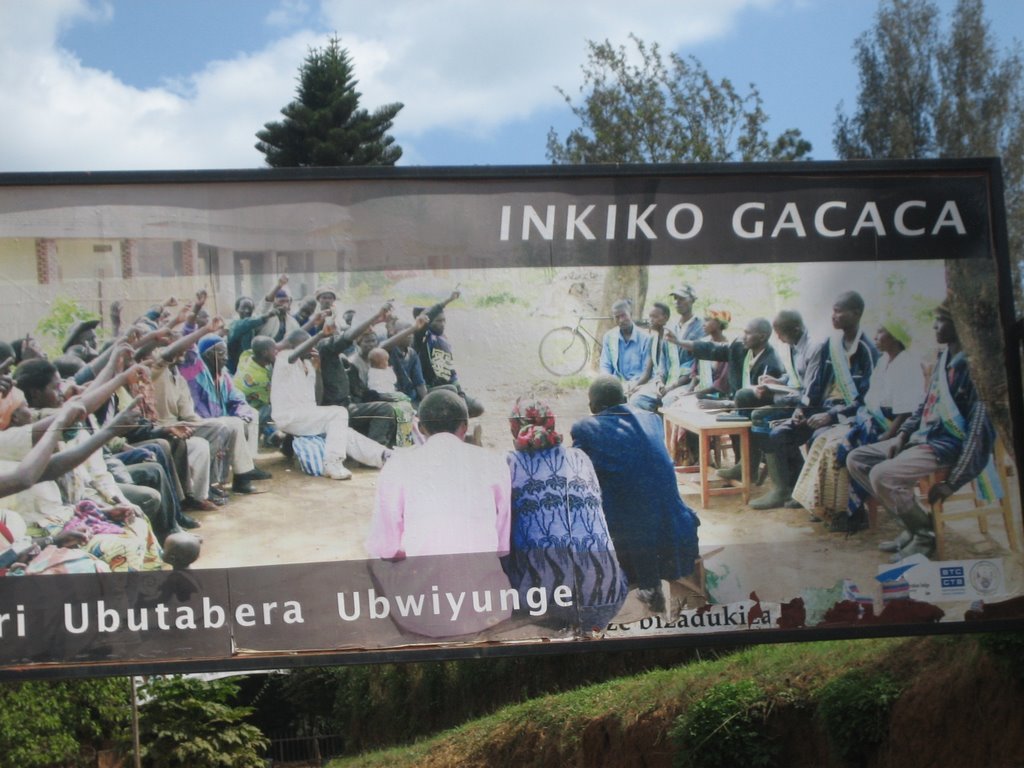 Community sensitization to embrace Gacaca started, and in 2001, the law establishing Gacaca courts was put in place.

Gacaca would be followed by the abolition of death penalty in 2007 which was also an important milestone in Rwanda’s justice sector.

“You may understand that the country was looking forward to justice, but also rehabilitation of people for unity and reconciliation-So, other factors outweighed on death penalty,” said Siboyintore.

As the country was dealing with a huge amount of cases, the International Ciminal Tribunal for Rwanda– ICTR based in Arusha, was also doing its job.

The court had to try 93 genocide suspects including those that were arrested in Nairobi – Kigali Operation (NAKI) like Jean Kambanda.

Siboyiboyintore is thankful to the Rwandan community which was able to try the huge volume of cases, in cooperation of everyone.

The National Commission for the Fight Against the Genocide(CNLG) provides numbers on Gacaca. According to this institution, Gacaca tried 1,951,388 genocide cases.

Moreover, CNLG indicates that out of 3.4 million of adult Rwandans in 1994, more than 2 million had a role in the Genocide while 1.6 million were found guilty of the Genocide crime.

This means that, at least one out of two adult people in the country participated in the 1994 Genocide(55.8%), according to CNLG.

Meanwhile, Siboyintore is also confident, that the Rwandan judiciary has got a good reputation, the fact being that several countries are now cooperating to arrest, try or extradite genocide suspects to be tried in Rwanda.

So far, the country sent 1146 arrest warrants in 33 countries of Africa, Europe, America and Australia. Of them, 23 were tried outside, including 9 in Belgium, three in France and two in Holland and Canada respectively.

Norway, Switzerland and Germany tried one genocide suspect each. 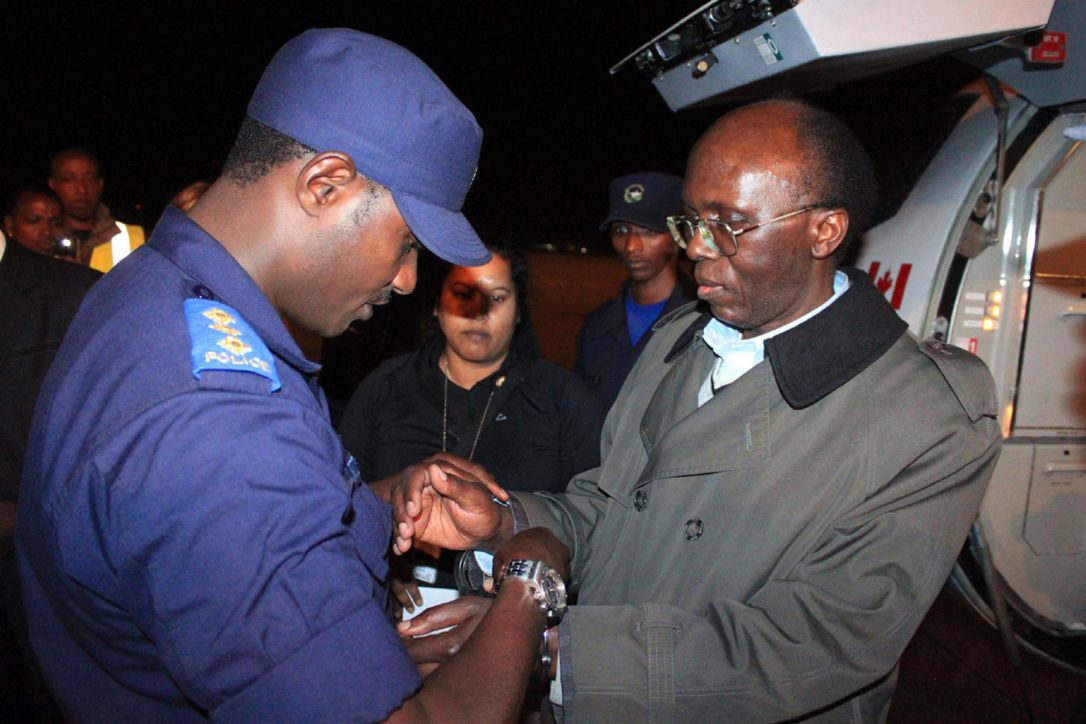 Dr. Leon Mugesera upon his extradition in 2012

Leon MugeseraAnother 23 suspects were extradited while three cases were referred to Rwanda by ICTR.

Siboyintore believes, there are several precedents that have convinced several countries that it is high time to cooperate with Rwanda to arrest and try or extradite to Rwanda the Genocide suspects because Rwanda provides equity justice.

Meanwhile, this international cooperation is bearing fruits in several countries and the latest case that show the fruit of this cooperation was the arrest of Felicien Kabuga, who is allegedly the Genocide mastermind in Paris-France, May 16,2020.

“Whether small or big fish, they will all be arrested,” said Siboyintore to a journalist who asked him if big fish are being arrested. 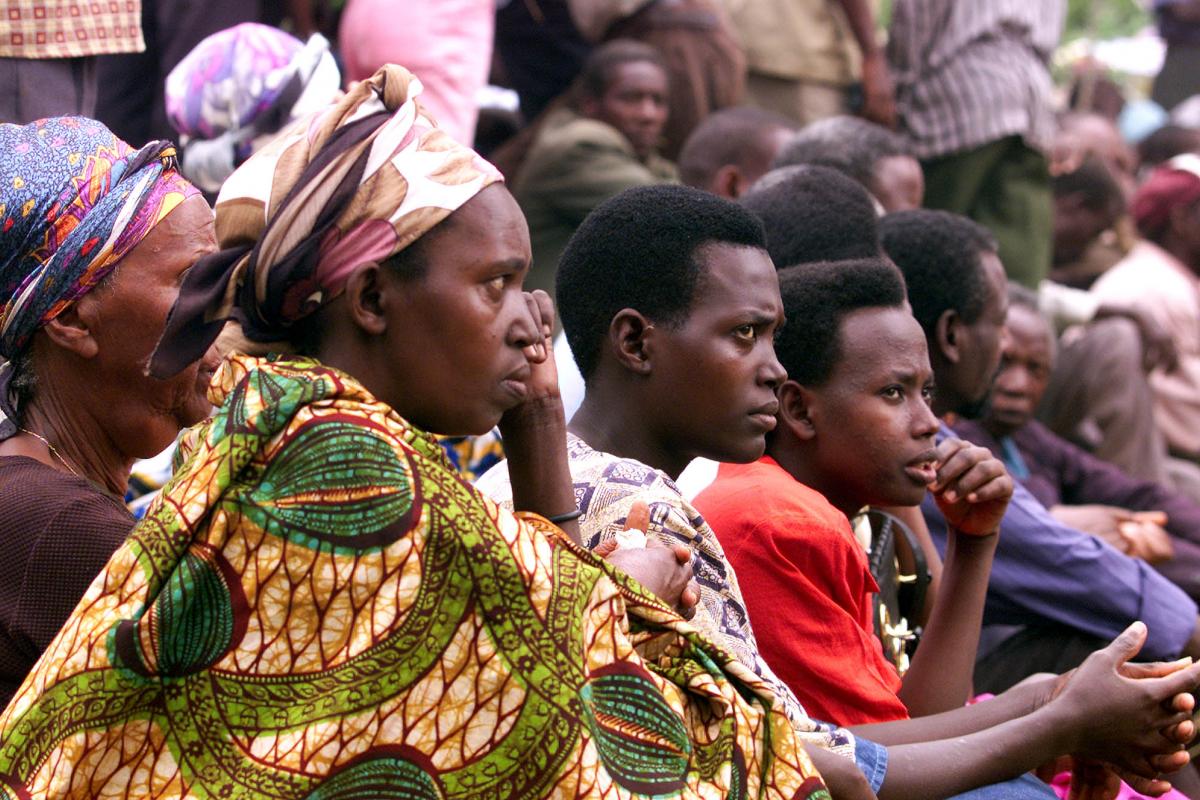 Kagame Sends A Message of Condolence to the People of Chad