President Macron waves to his host President Kagame at the end of his two-day visit. Photos/Village Urugwiro.

The two leaders had a hectic schedule on Thursday as they set the momentum for renewed ties between the two countries, three years after Macron initiated a process to thaw ties between Paris and Kigali, starting by assessing France’s role in Rwanda in the period from 1990.

The high-profile visit, characterised by the two heads of state making good on their promise to put the past behind and focus on the future, saw the French President acknowledge responsibility of his country’s role in Rwanda and opening new fronts for cooperation.

President Macron arrived in Rwanda on Thursday morning where he was welcomed by the Minister of Foreign Affairs and Cooperation, Dr. Vincent Biruta, before he was officially welcomed by President Kagame at Village Urugwiro.

The French leader inspected a military guard of honour and was introduced to officials before he headed to Kigali Genocide Memorial to pay his respects to victims of the 1994 Genocide against the Tutsi and reiterated France’s overwhelming responsibility.

He pointed out that France did not understand that, while trying to prevent a regional conflict, or a civil war, it was in fact standing by the side of a genocidal regime, which was backed by the then French President Francois Mitterrand.

At Gisozi, he said only victims had the power to forgive what happened. He later reiterated his message during a press conference with President Kagame at Village Urugwiro. 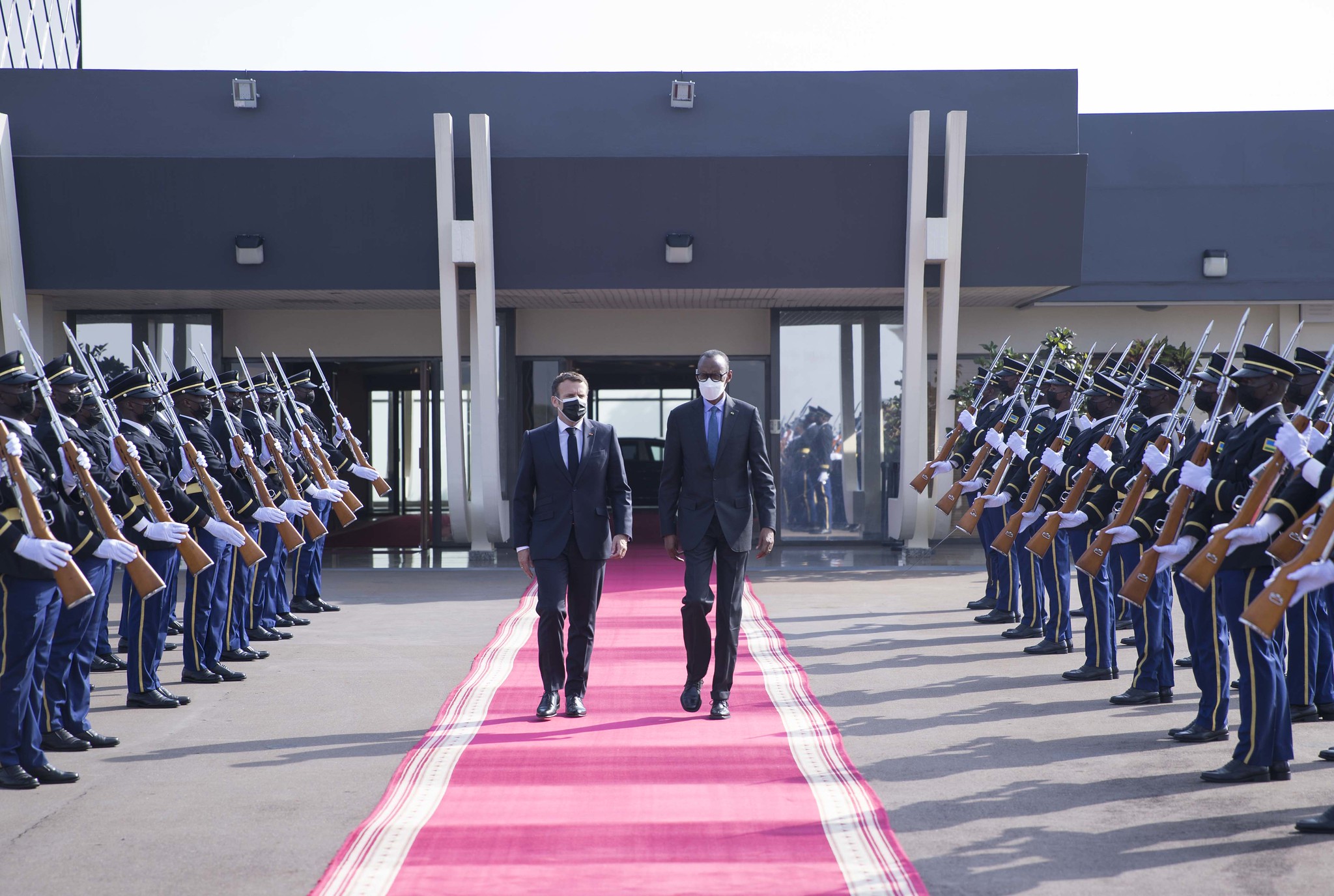 During the press conference he announced different fronts on which France will be cooperating with Rwanda, including pursuit and bringing to justice Genocide suspects who live in France in their numbers.

Later in the afternoon he visited the Integrated Polytechnic Regional College (IPRC) in Tumba, Rulindo district, which is supported by the French Development Agency (AFD).

He wound up his day at Kigali Arena with President Kagame where they watched the quarterfinal game between Rwanda’s Patriots BBC and Mozambique’s Ferroviário de Maputo in the Basketball Africa League (BAL), which was won by the Rwandan side 73-71. 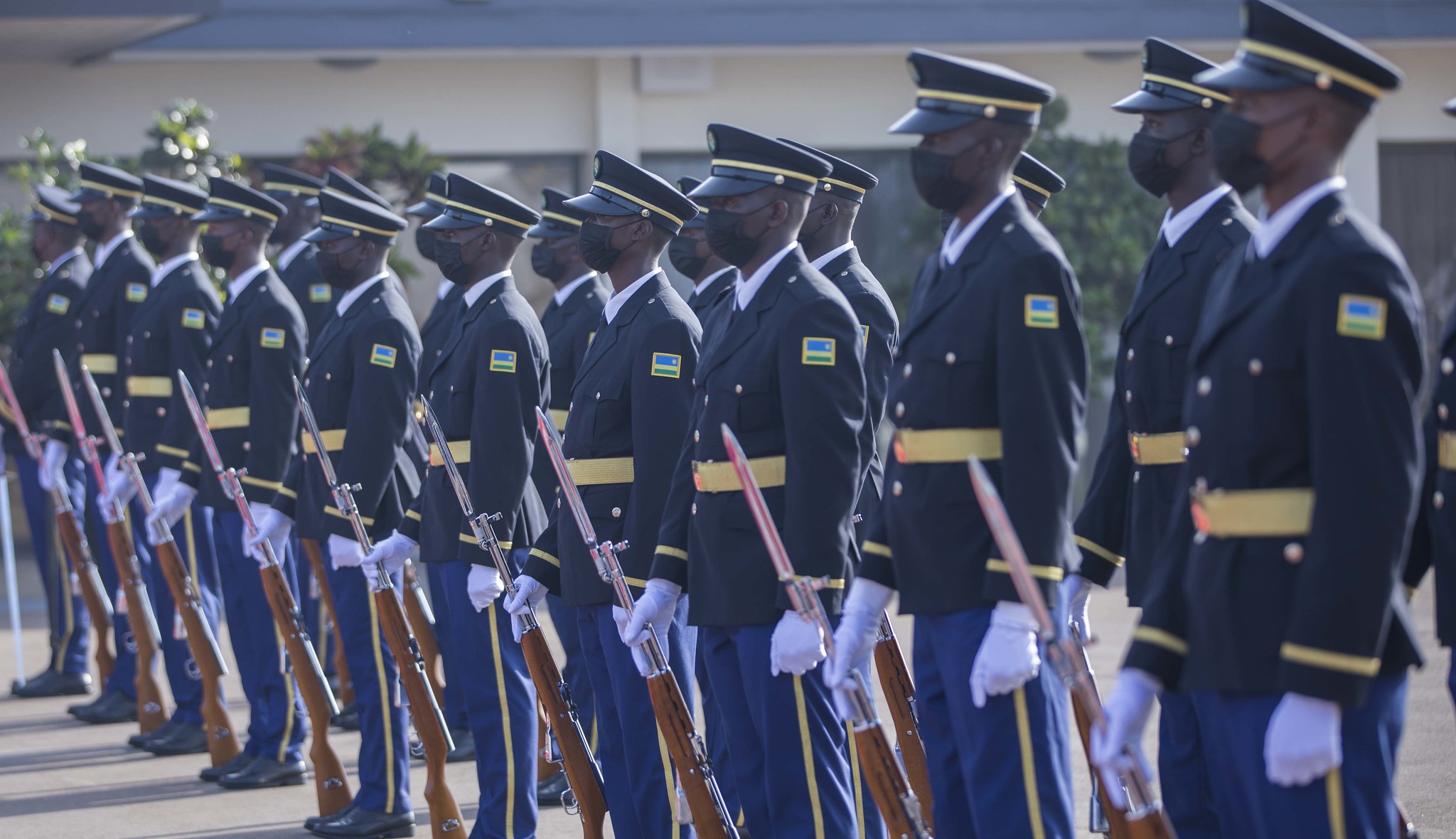 At Kigali International Airport, Macron was accorded an official send off, complete with a military guard of honour. As the two leaders said ‘au revoir’, a sense of fulfilment filled the air as they beamed with smiles, to end what could be the most historic visit of the year.

The French leader headed south to South Africa on a working visit where he will meet his counterpart Cyril Ramaphosa, to discuss various issues of continental and global importance. 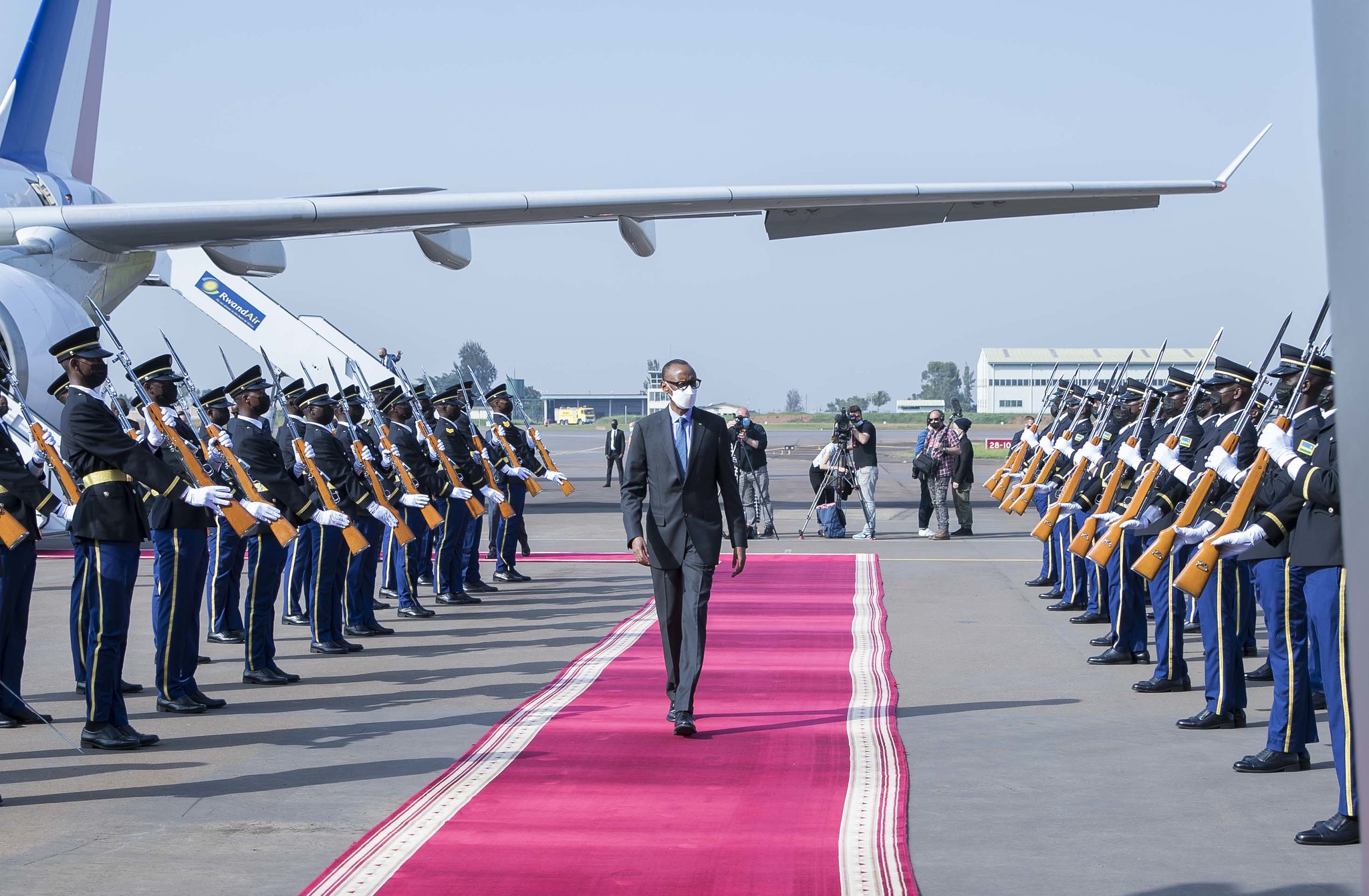