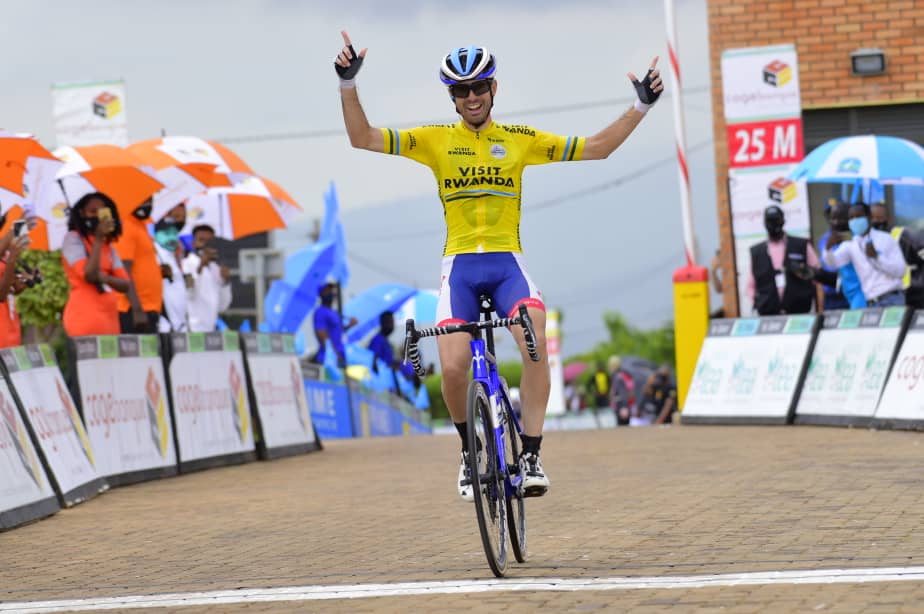 Rodriguez Cristian riding for Team Total Direct Énergie has won the final stage of Tour du Rwanda to extend his overall lead and become the first ever Spanish winner of the event.

Rodriguez went into the final day in the leader’s yellow jersey which he took from Eyob Metkel on a dramatic stage six.

Today, the 26-year old attacked with two kilometers left to race and held off attacks on the final climb to win the final stage which took the peloton on three laps around the 75.3-kilometer city circuit in Kigali.

Dressed in yellow, Rodriguez had enough time to sit up and celebrate as he crossed the line to claim the first ever stage win by a Spanish rider.

“I had no plan to attack on the final climb but after all the work my team had been doing, I felt like I had to try something ahead of my rivals. It was the best way to keep my jersey. But I was always confident,” Rodriguez said.

“It’s both my first professional stage win and race victory, it is indeed a great joy and I will always remember it.”

Lennert Teugles (Tarteletto – Isorex) who led the climber’s and sprinter’s competitions for most of the entire race week, safely crossed the line in the 25th position to win the best climber’s and best sprinter’s jerseys

A tour to forget for Rwandan riders

I was a difficult race for Rwandan riders on home roads with no single Rwandan in the final top 10 for the first time in history!

The best-placed on final standings was Muhoza Eric, whi finished the race in the 23rd place, 15 minutes and 52 seconds down the yellow jersey.

Eric Manizabayo was the only Rwandan to make a podium finish with his third place on the fourth stage.

In the a race that saw the smallest number of abandons since 2014, three of the 14 riders who abandoned the race were Rwandans with Areruya Joseph abandoning on the second day of the race, becoming the first of the peloton to abandon. 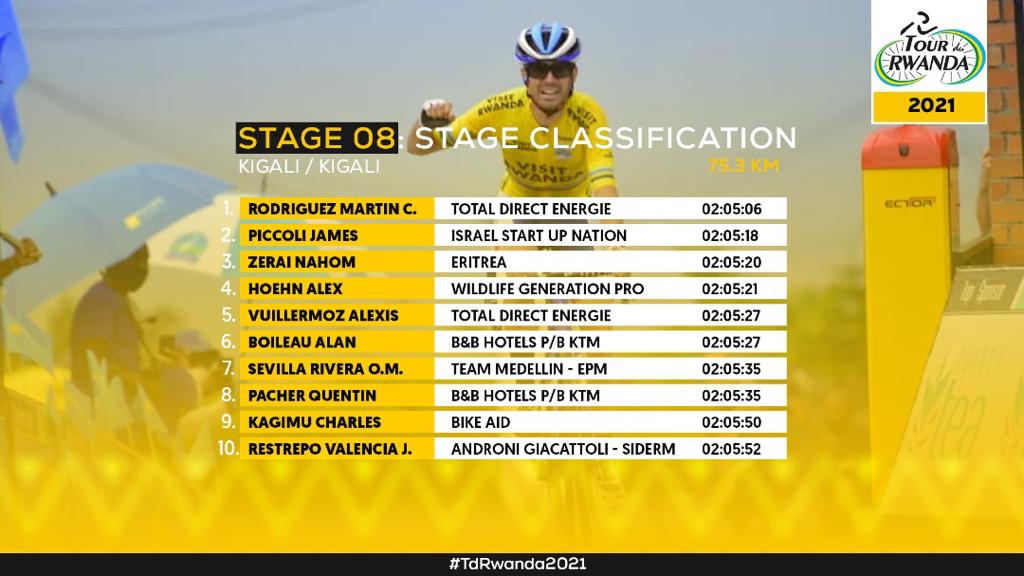 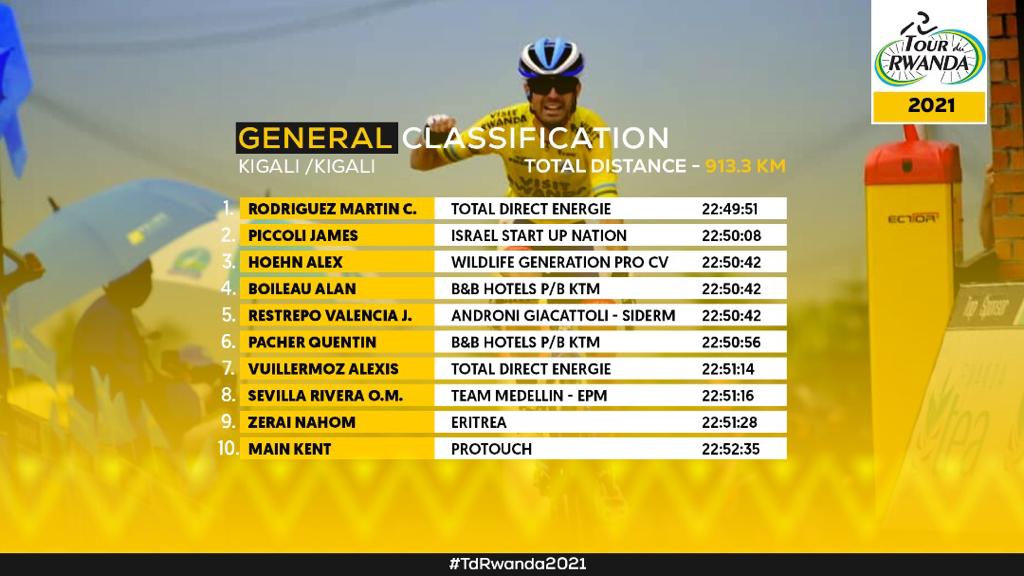 Do Not Disturb, Less About the RPF, More About Rewriting History