Alain Boileau of B&B Hotels claimed his first ever professional victory with a win on stage two of the 2021 Tour du Rwanda on Tuesday.

“It’s a good thing, it’s a dream for sure.Since I was a kid I wanted to become a professional rider and I have done it, it’s enormous.” Alan said.

“Now that I have won a race why not two,three and more? We will see, I am ambitious, I work hard, we will see what follows.”

Perhaps the victory feels sweeter for Alan considering he was not supposed to attend this race.

“I was not originally on the list to come here and when they asked me I said I was happy to come, now that I have won the stage and now I have won the race, who would have thought?” he said.

“It now opens the team’s account which is a good thing.”

“The roads are beautiful and clean. All the crowds along the roads, it’s incredible. It’s different from what I see back home, its motivating,” he said.

Meanwhile, it was a hard day at the office for Rwandan riders, with the 2017 Joseph Areruya abandoning the race.

It was not a good day for the 2017 @tour_du_Rwanda winner, who did not finish today’s stage.

He becomes the first rider to abandon this year’s race. pic.twitter.com/UzFcJ8HiVy

Uhiriwe Byiza Renus, who finished the race in 20th place, is the best placed Rwandan on the general classification. He sits in the 10th position, eight seconds down. 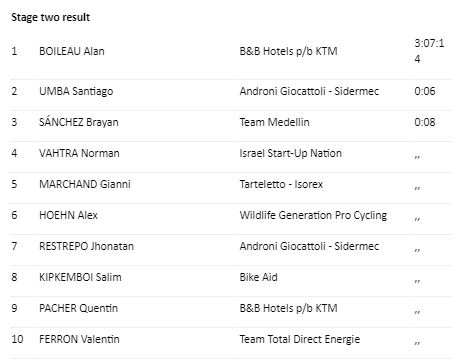 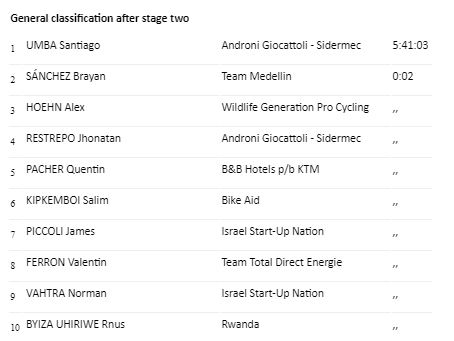