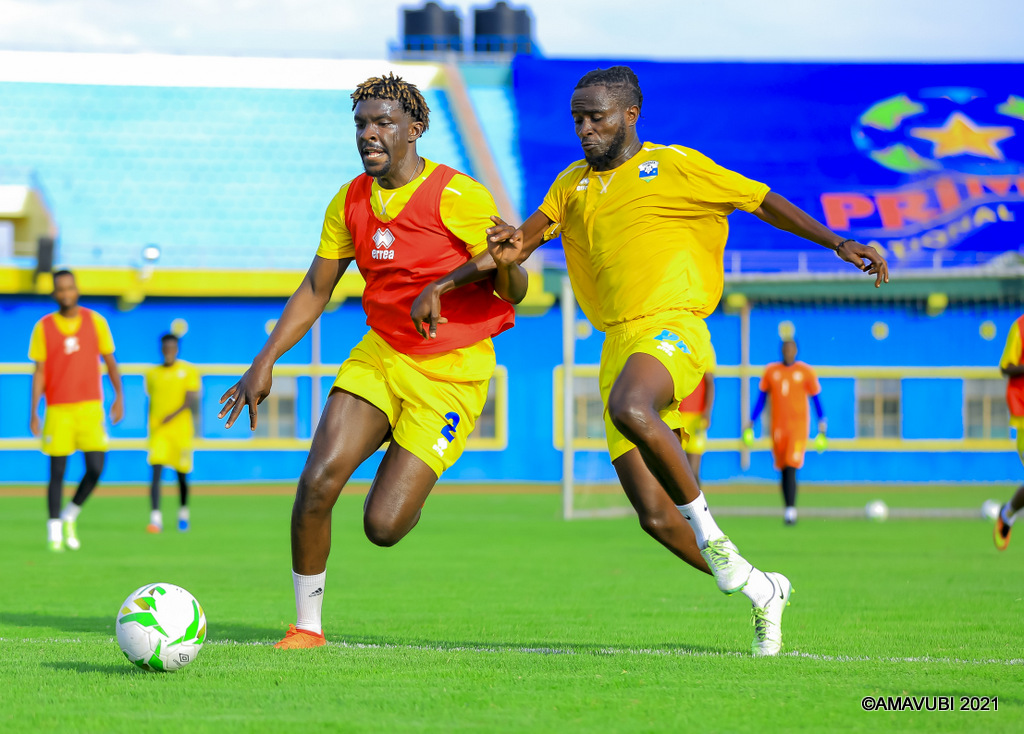 Five foreign-based players have reported to the national team camp ahead of this week’s friendly double header against the Central African Republic.

Available squad members including all locally-based convened on Sunday for a training camp in Nyamata and were tested for COVID-19 before their first training session on Monday.

Rwanda will take on Central African Republic on June 4 in the first of the double-header and the sides will face off again on June 7 at Amahoro Stadium.

And the camp has been boosted by the arrival of foreign-based five foreign-based players including regular national team defenders Abdul Rwatubyaye plying his trade with the Macedonian side Shkupi FK and Armanian-based Salomon Nirisarike.

Rukundo Dennis and Emery Mvuyekure are expected to arrive today.

Meanwhile, Djihad Bizimana who recently joined the Belgian-side KMSK Deinze will not report to the national duty and has been replaced by Nsabimana Eric.

Sweden-based striker Rafael York might not join the camp due to COVID-19 travel complications while Saint-Étienne striker Kévin Monnet-Paquet is also doubtful for both games.

For Monnet-Paquet, this is his the second time he has been called up for the national team duty after he rejected his first call up in October last year.

The French-born striker has previously announced his intention to represent Rwanda internationally despite playing for the French youth team at the U21 level.