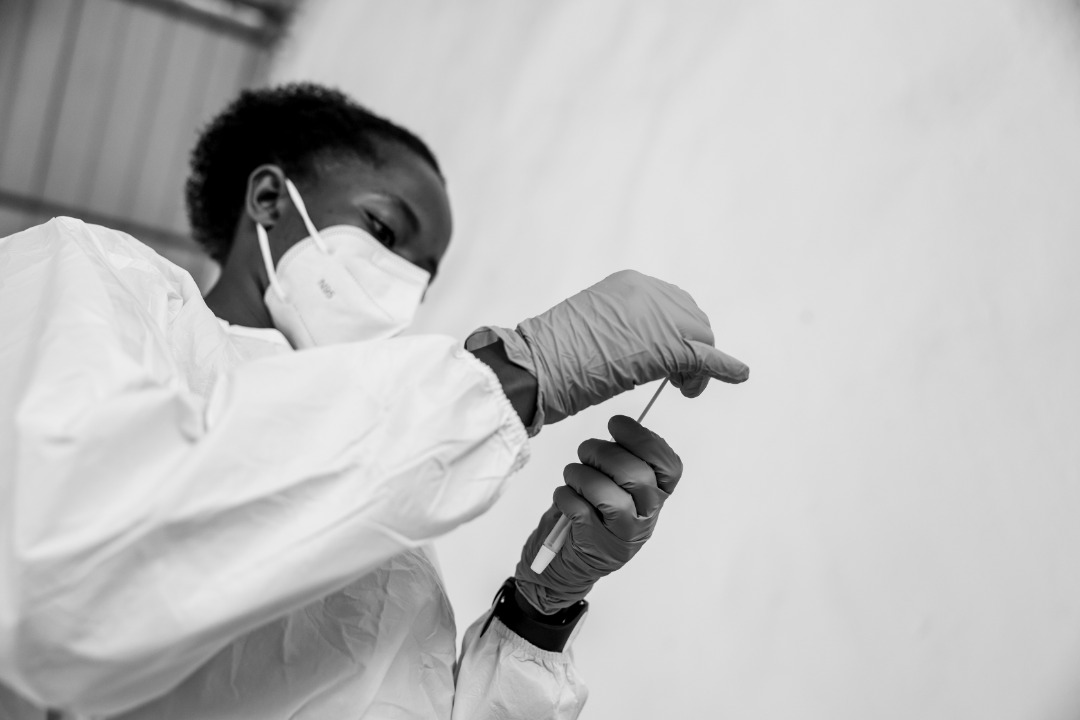 Medical practitioner in a mass testing exercise in Kigali, July 18

The number of new COVID-19 cases in Rwanda has reduced to three digits after two consecutive days of exceptional hikes.

Daily updates had shown an increase to four digits in the last two days with 1997 new cases on July 17 and 2773 cases on July 18, the highest ever recorded since March 14 when the pandemic was confirmed in the country.

The hikes were mostly caused by mass testing where 15%  of village dwellers in Kigali were the target between July 17 and 18.

On Monday, the program proceeded in 8 districts that are in total lockdown like Kigali namely Burera, Gicumbi, Kamonyi, Nyagatare, Musanze, Rubavu, Rwamagana, and Rutsiro

This could be the genuine explanation as to why now Musanze recorded more numbers than Kigali city.

Musanze, the district in Northern Province registered 152 cases compared to 140 of Kigali while Kayonza and Burera registered 91  and 51 cases respectively.

Back to cumulative figures, the country has so far registered 41,046 recoveries, including 1,005 on Monday while 16,523 remained active cases.

Fatalities had increased to 666 deaths including 17 cases on Monday.

Despite a slight decline in number of new cases compared to the last two days, the country is still applying cautious measures given the positivity rate which is still high at 10.5%.