FLN Trial: Suspects Appeal for Community Service as Opposed to Jail Ahead of Verdict 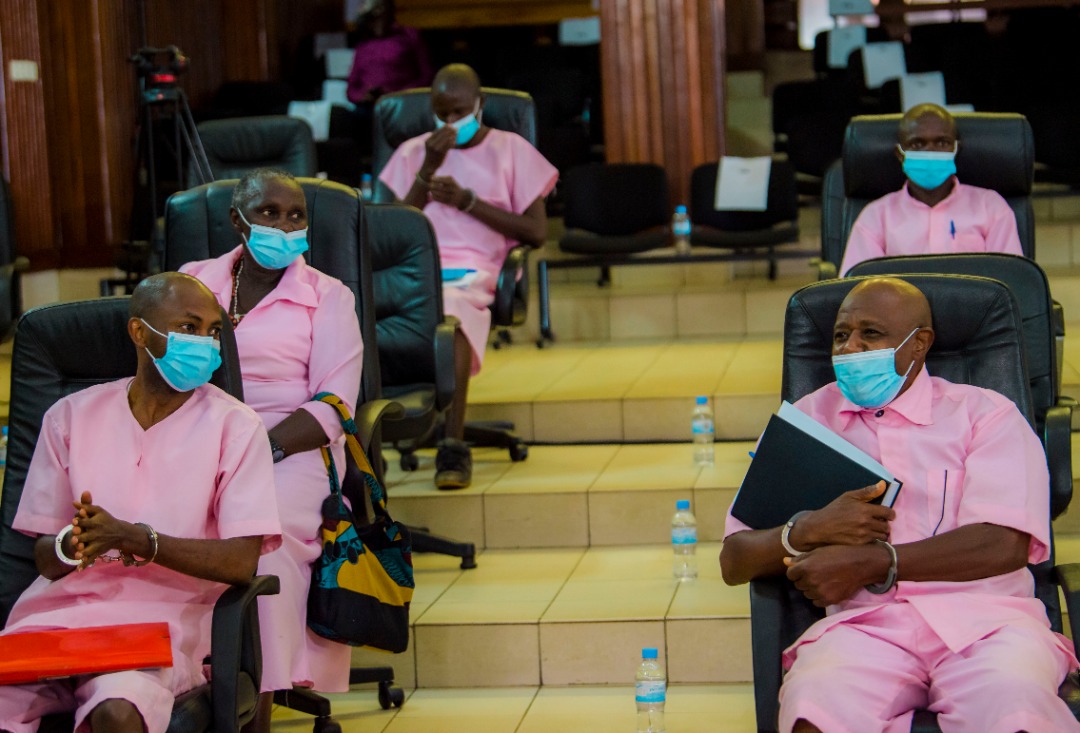 Rusesabagina used his influence to mobilise funds to bankroll terror activities. Some of the suspects are appealing for leniency.

Two among the 21 suspects in the National Liberation Front (FLN) terrorism case have pleaded with court to offer them a chance to serve the community for the crimes they committed instead of being sent to jail.

The suspects on Friday appeared before the High Court Chamber of International Crimes to present their defense against prosecution charges on terror activities they committed on Rwandan soil between 2018 and 2019.

In an earlier court appearance last month, Prosecution had asked the court to slap the suspects, who are co- accused with ‘Hotel Rwanda’ protagonist Paul Rusesabagina, with 20 to 25 years in jail for collaborating with FLN, a militia wing of the Rwandan Movement for Democratic Change (MRCD-Ubumwe) coalition.

MRCD is a coalition of exiled groups founded by Paul Rusesabagina bringing together other groups like PDR-Ihumure; RRM and RDI-Rwanda Rwiza which all operated in DR Congo where they manned terror attacks on Rwanda leaving citizens dead, physically disabled and property destroyed.

One of the suspects Angelina Mukandutiye, the only woman among the group accused of conspiring, through FLN, in May pleaded guilty to mobilizing and recruiting Rwandan women refugees in DRC into the forces, a trade she said she had mastered since her childhood.

Mukandutiye who also has a genocide case on her back and was sentenced by a Gacaca court in absentia told court on July 22, 2021 that she regrets misusing her gift of mobilization and wants a second chance to use it profitably.

Prosecution had asked the court to sentence Mukandutiye to 20 years.

In her plea Mukandutiye said that she did a job that MRCD officials, especially General Wilson Irategeka, had charged her with to mobilize women to join armed forces, which she did diligently.

“I am a mobiliser and very capable of executing this job as a teacher. For that reason, I ask that you offer me the job of mobilizing women in prisons to become soldiers,” Mukandutiye said.

Though she succeeded in recruiting women into MRCD forces, Mukandutiye pleaded guilty to the crime but stated that she did it out of bad influence and she had no bad intentions.

“I am 70 years old. When will I be able to complete the 20 years jail term so as to see myself as a reformed person? I would rather the sentence be reduced or you pardon me so that I can see justice served,” Mukandutiye added. 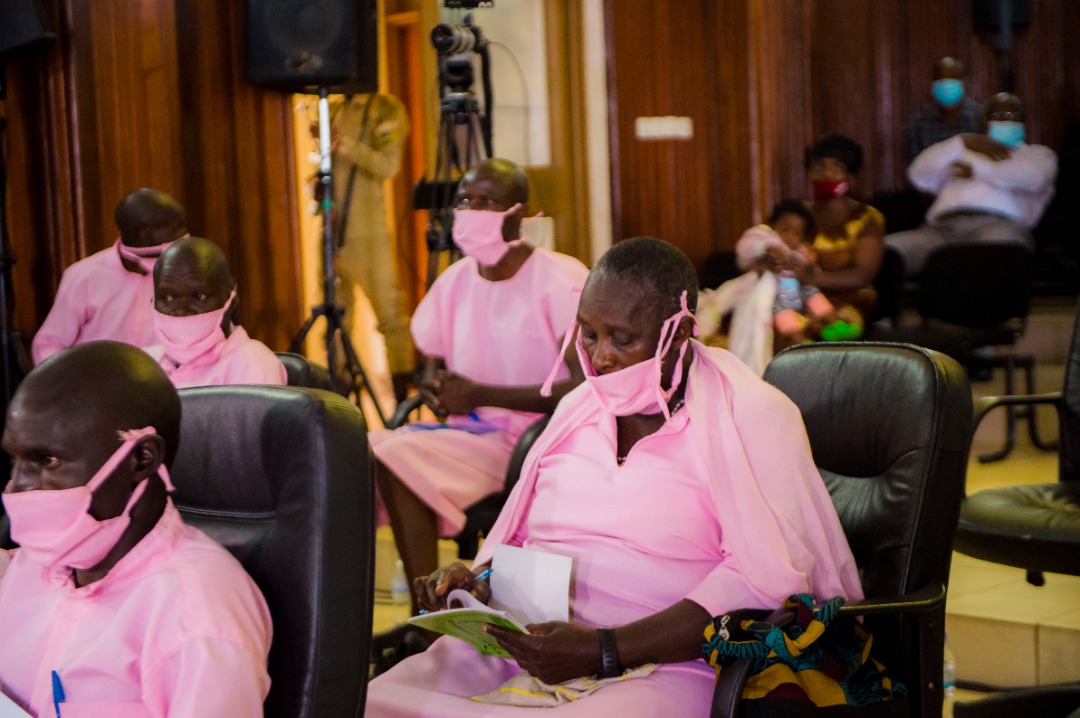 On the compensation requested by victims, Mukandutiye said that victims should be compensated but she cannot be held responsible since she was not involved in the terror attacks.

Jean Damascène Nsabimana alias ‘Motari’ who is also facing a possible 20 year sentence requested by prosecution said that he was only involved in the Rusizi district attacks and doesn’t know about the Nyungwe attacks since he had not joined FLN by then.

Nsabimana pleading guilty to his involvement and stated that he joined the force to get Rwf150,000 to pay off a savings group but only transported people and was not aware of FLN planned attacks.

In his plea on compensating victims, Nsabimana told court that he doesn’t have the financial ability to do so but if court sees it fitting, he can compensate victims by working in their farms for years.

“I plead guilty to my crimes and want to ask to be forgiven or at least negotiate with victims so that I can work on the farms on a specific day of the week as a way of repaying them,” Nsabimana said.

The court hearing also took a twist as an FLN suspect, Jean-Chrétien Ndagijimana, a son of Gen Irategeka who at a very young age joined his father’s group (CNRD)- one of the MRCD- Ubumwe coalition groups, broke down in tears of anger as he explained how his father forcefully recruited him.

Despite being conscripted in the force by his father in 2016, Prosecution had asked that Ndagijimana should also get a 20 year jail term.

However, on grounds of being young and naïve, the 24 year old suspect pleaded with the minister of Justice to grant him pardon and re-integration into society.

He said his father issued an order to have everyone who was 18 years and above join the militia, which he tried to oppose in vain.

“My father forced me to join. I tried to resist, and even my mother tried to stop the plan. But all our efforts were in vain since my father was determined to do it,” Ndagijimana said.

He added that there are fellow FLN members who can testify to his forced recruitment of which he said would be unfair to serve a sentence for a crime which was out of his control at age 19 when he joined.

“I plead with the minister of justice to give me an opportunity to be rehabilitated, to learn patriotic and national values like others,” he said, adding that he will use the chance to mobilize other youth to repatriate to Rwanda.