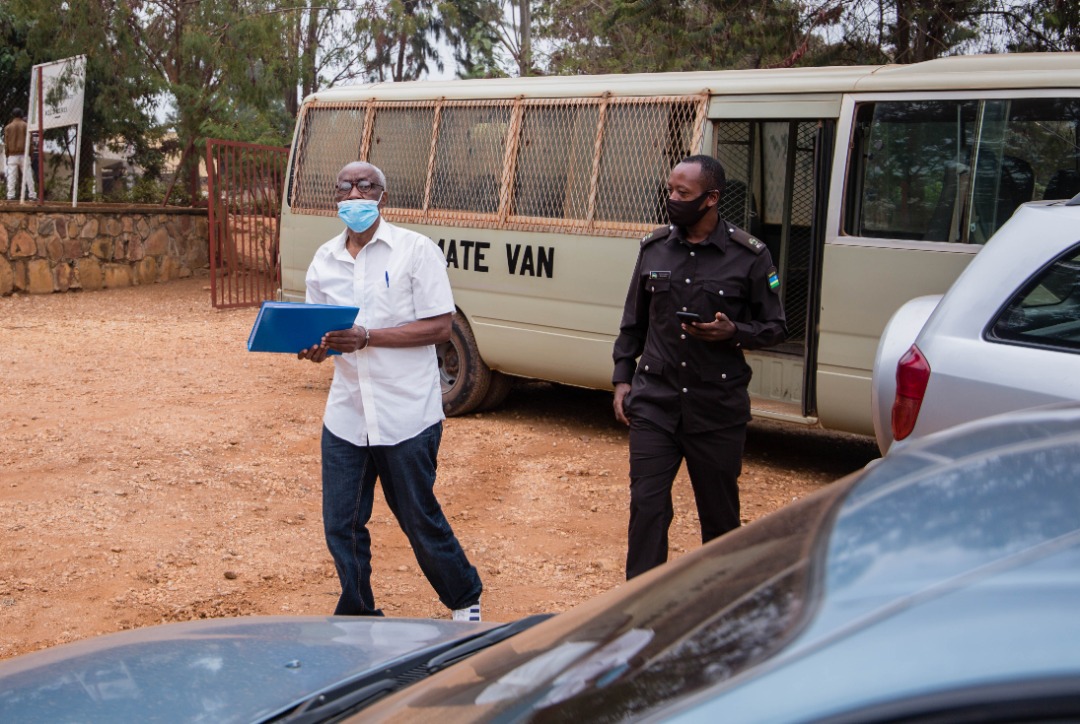 The Kicukiro Primary court in Kigali has ordered a 30-day detention of Dr. Venant Rutunga, a genocide suspect extradited from The Netherlands to Rwanda last month.

Rutunga has since extradition been treated as a special suspect held in one of Kigali’s specialised facilities for provisional detention located in Nyarugenge prison.

However, while appearing in court to battle a 30 day remand hearing last week, the suspect told judges that he cannot be held in Nyarugenge prison as other inmates and also argued that the court faulted the legal detention procedures under which he was extradited.

For these arguments, Dr. Rutunga asked the court to grant him bail and a release so that he can appear in court like any other civilian citizen.

However, the prosecution pleaded with the court to detain the suspect pending a further investigation into Rutunga’s genocide charges on grounds that if released he would distort evidence, harass witnesses and attempt to avoid justice as the case was in his years of living in The Netherlands.

Considering arguments from both sides Kicukiro primary court, this August 17, 2021 ruled that Rutunga is detained for 30 days pending his in- death trial.

Rutunga is charged with crimes which include committing genocide against Tutsi, complacency to commit genocide and crimes against humanity.

Court also informed the suspect that he has 5 working days to appeal the ruling, however his lawyer Sophonie Sebaziga told local media that he will consult his client to prepare for a bigger court battle during the in-depth trial.

What was Behind the Gisozi-Gakinjiro Fire?