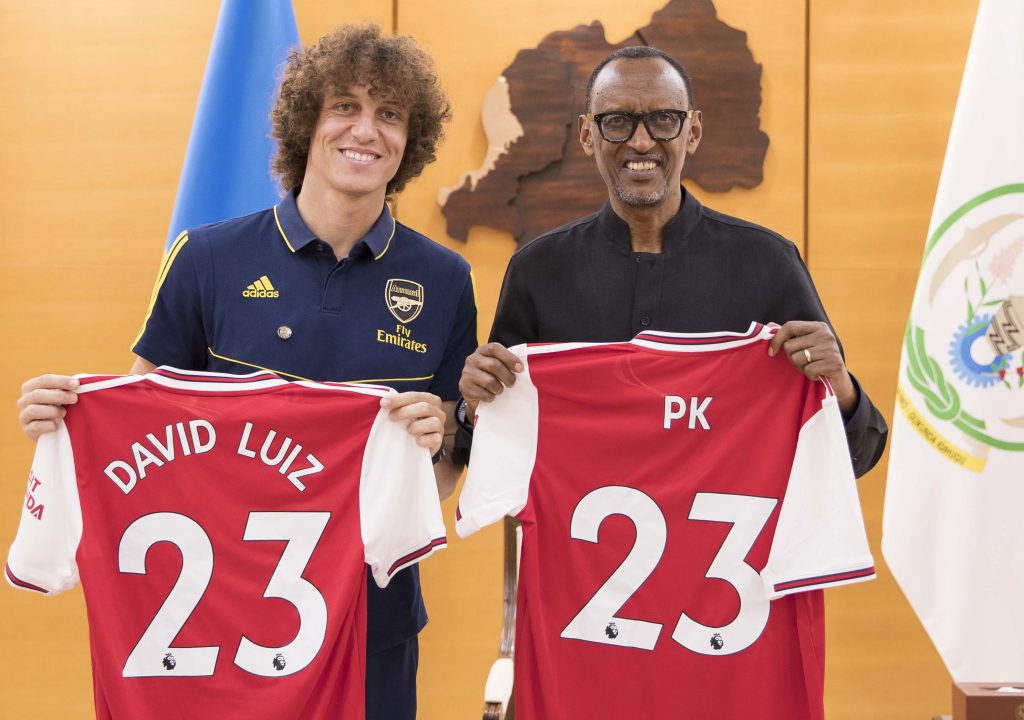 An ardent fan of the North London side, President Kagame, who was among the millions of fans around the world who were left in utter shock after a humiliating 2-0 loss to the Bees, took to Twitter to express his feelings about the goings-on at his beloved club.

“What?? It’s football, it’s a loss of Arsenal at/to Brentford. Brentford deserved to win and they did. The game itself aside Arsenal and the fans don’t deserve to kind of get used to this….NO !!! I say this as one of the big fans of Arsenal. The change has taken [too] long to come!” President Kagame posted.

“It’s been a struggle of about decade(s) -ups & downs-more downs until this point. Can’t we have a plan that really works?? One part to look at is how we deal in the market- players we buy to execute the plan. The touch&go mentality does not bring change,”

“We just must NOT excuse or Accept mediocrity. A team has to be built with purpose to win win win. So that when we lose….it was not to be expected! I am sure we all know on whose shoulders the heaviest burden rests. I hope they know too or even accept it!!! End” he added.

The tweets have since generated thousands of responses, with majority of the comments coming from Arsenal fans who are lamenting about a poor start of the season for Mikel Arteta’s side in the first game of the 2021/22 EPL season.

Goals from Sergi Canós and Christian Nørgaard were enough for Thomas Frank’s side to see off a lacklustre Arsenal side which struggled to create chances without the striker pair of Alexandre Lacazette and Pierre-Emerick Aubameyang.

Fans were left reeling after Mikel Arteta’s side, which will not be involved in any European action this season, kicked off the EPL with a loss. Anger has been piling up among supporters after the club failed to make any significant signings in the summer, with many calling for the ousting of majority shareholder, Stan Kroenke.

President Kagame, who has been a keen supporter for the club for many years, occasionally comments on the performance of the club, celebrating the wins when they come but also speaking out when the results on the pitch are not impressive.

Rwanda, through the Rwanda Development Board (RDB), is a sleeve sponsor of the EPL side under the ‘Visit Rwanda’ partnership.