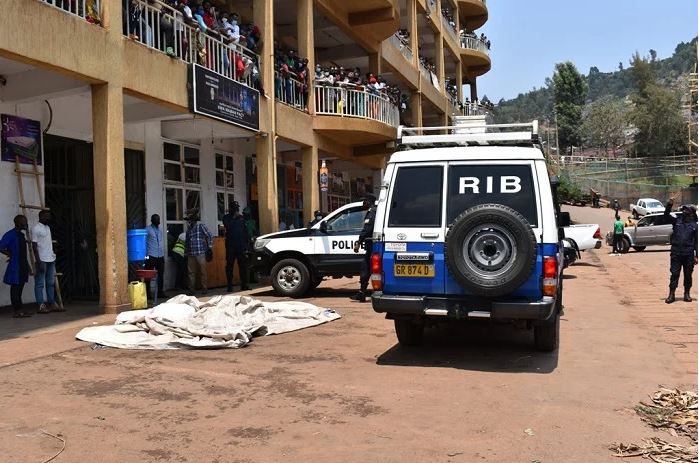 The Rwanda Investigation Bureau(RIB) has confirmed the names of a person who committed suicide at Inkundamahoro building on Friday morning as being Emmanuel Twibanire.

Twibanire was born in 1980. He was 41 years old. CCTV footage from the Inkundamahoro building indicate that Twibanire jumped the building from 6th floor and died on spot.

The investigation body however refutes the allegation that the person fell on a pregnant woman while falling down. The report reads that he caused no further incident to a third person.

According to the report, the wife of the deceased and his siblings said that Twibanire had a long-time mental disease, a fact that was further confirmed by Ndera Neuropsychiatric hospital that has been treating him.

The family further said that he had previously made other suicidal attempts.