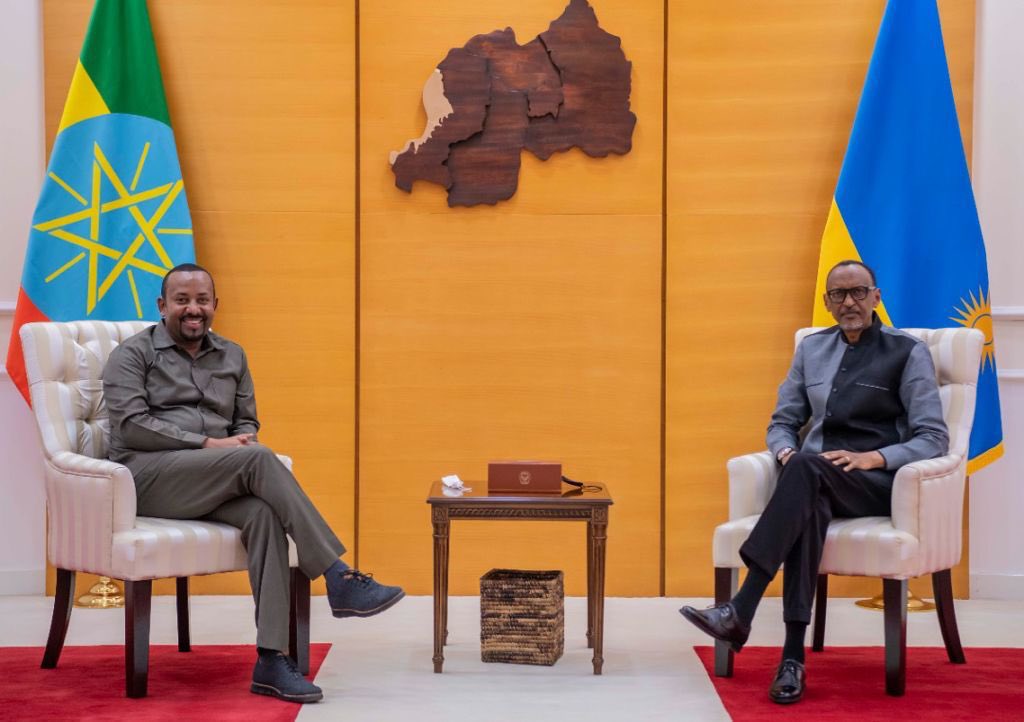 President Paul Kagame on Sunday evening held tête-à-tête meeting with the Prime Minister of Ethiopia, Dr. Abiy Ahmed Ali, who is in Rwanda on a two-day working visit. President Kagame welcomed PM Abiy and his delegation at Urugwiro Village.

PM Abiy discussed regional matters relating to security in the region, among other issues. The President’s Office said the two leaders “discussed various topics of mutual interest including issues specific to both countries, and the region as well as global current affairs.”

Upon arrival at Kigali International Airport, the Ethiopian Premier was received by the Minister of Foreign Affairs and International Cooperation, Dr Vincent Biruta.

“Prime Minister Abiy Ahmed Ali and his delegation arrived in Kigali, Rwanda for a two day working visit during which the Prime Minister will be meeting President Paul Kagame,” PM Abiy’s office tweeted on Sunday without revealing more details about the visit.

After the meeting, PM Abiy said in a tweet that he held fruitful discussions with his host.

“Thank you to President @PaulKagame for the warm welcome afforded to me and my delegation. We held good discussions on bilateral and regional issues of mutual significance,” the Ethiopian leader tweeted.

Later in the evening, President Kagame hosted PM Abiy to a dinner following the tête-à-tête discussion. 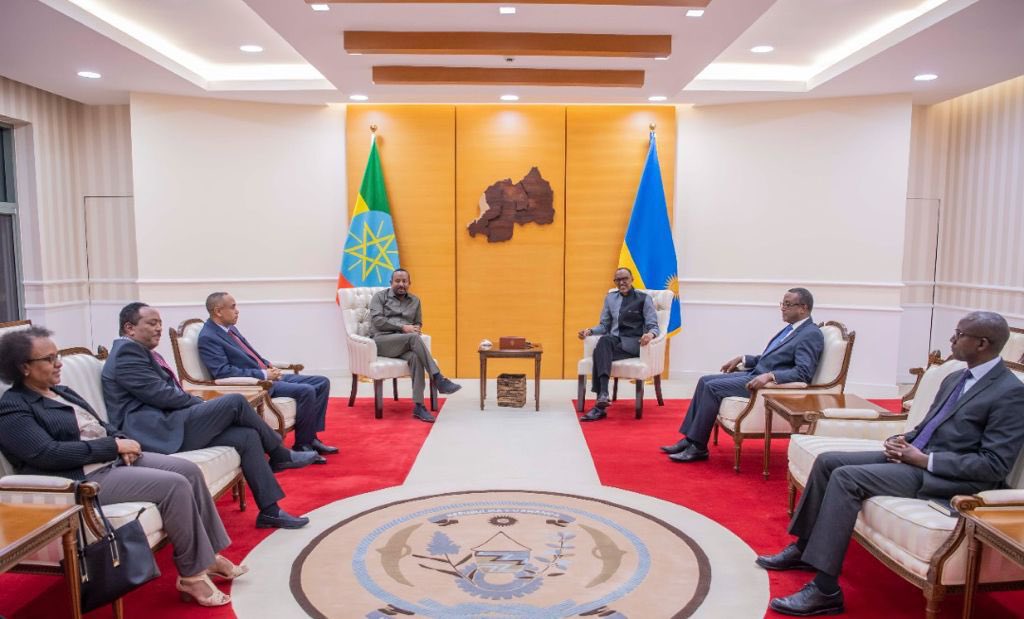 Ethiopian federal government forces have been battling rebel forces in the Tigray region for the past 10 months, with PM Abiy insisting that his government would not stop until they are defeated.

The United Nations Secretary General, António Guterres has warned that the military confrontation in Ethiopia is spreading, with serious political, economic and humanitarian implications for the country and the broader region.

“A humanitarian catastrophe is unfolding before our eyes. The unity of Ethiopia and the stability of the region are at stake”, he added, calling for an immediate ceasefire and the launch of national political dialogue.

The UN says the June 28 ceasefire declared by the Government and the withdrawal of the National Defence Forces from Mekelle have not led to a comprehensive ceasefire. 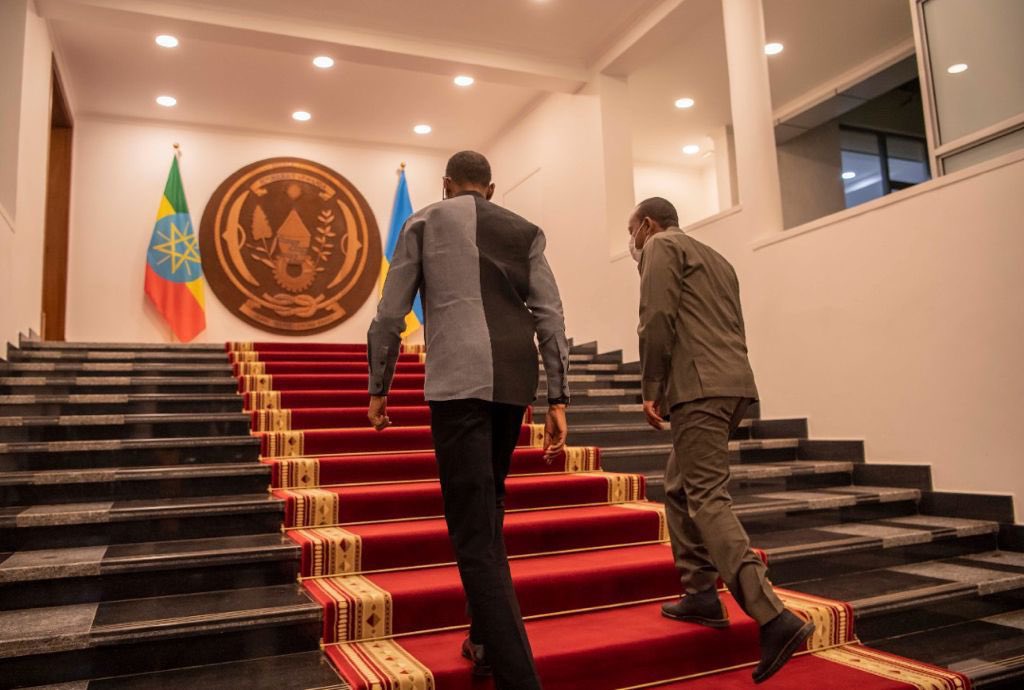 Last year in November, PM Abiy sent a message to President Paul Kagame briefing him on the situation. Earlier this year in February, President Kagame called for urgent intervention  by the international community in Tigray, to minimize the impact on civilians, describing the situation as worrying.