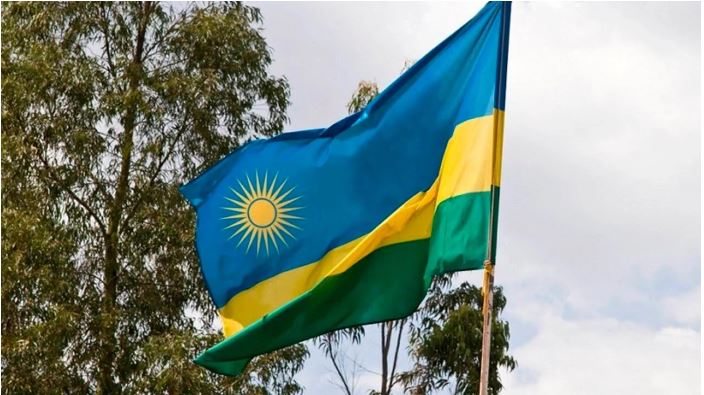 The incident happened on August 28 morning when a security guard at the cell office was reported missing.

“Apparently, he found that it won’t be easy with him after the theft and went into hiding. Strangely, the night patrol(irondo) officers who were on duty in the area have also been hiding,” Canisius Kabera, the Executive Secretary of Gataraka Sector told our reporter.

“According to what we gather, their spouses also don’t have their whereabouts.”

Kabera said, it is for the fifth time that the flag in this area was stolen, and “only twice, the flag was recovered, in three occasions, the flag was lost for good.”

Area residents alleged, that in these incidents, the flag “was  stolen by people who have a conflict with the night guard and do not wish him well.”

“We are used to that. It’s as a result of hatred which makes people to even dare commit such a crime,” an area resident said.

Kabera seems to have a clue about that.

“Whatever the case though, it is criminal to take the law into one’s own hands. If any concern with this guard, the solution is not to come and steal from what he was entrusted to guard but to go through legal procedures to have the issue solved,” he said.

“Some people who had warned him that they would revenge whenever he prevented them from invading cell properties were the first suspects. Police have arrested some of them and investigation is going on.”

Article 29 of the law on the characteristics, description, ceremonial and respect of National flag that was amanded in 2018 provides that any person who, publicly and intentionally, contempts, despises, removes, destroys or desecrates the national flag, commits an offence.

Penalties referred to under Paragraph 2 of this Article also apply to a person who steals the flag.