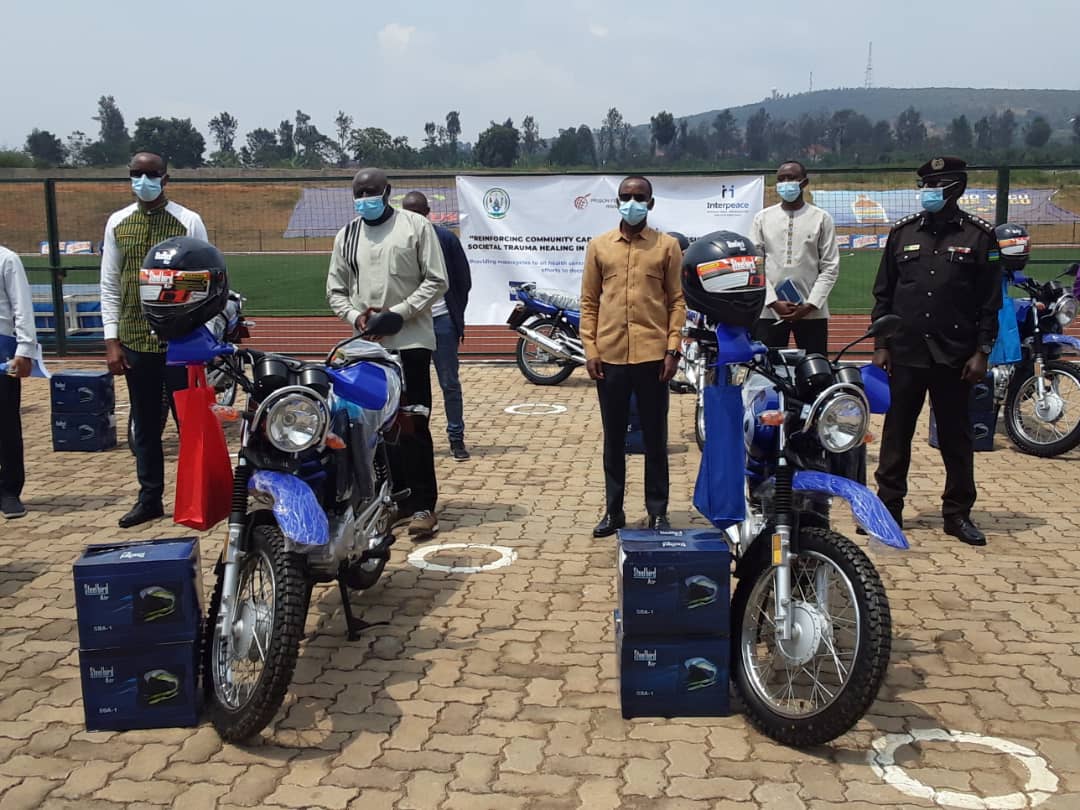 A study conducted by the Rwanda Biomedical Centre (RBC) in 2018 shows at least 3% of Rwandans suffering from one of the cases of mental health, with depression and trauma among the leading cases in Rwanda.

Dr. Yvonne Kayiteshonga the Mental Health Division Manager at RBC told KTPress that the government has a clear policy on addressing mental health however there is a problem of low uptake of mental health services despite the existing challenge of access in terms of infrastructure, human resource and facilities.

Kayiteshonga explained that the research findings found out that many who have mental health disorders don’t use available services with at least five out of every 100 Rwandans not able to go to for treatment.

In most cases, Dr. Kayiteshonga, who is also a seasoned mental health expert in Rwanda, says that this is caused by the stigma that patients face when they try to seek health services.

“Some of the respondents told us that they don’t seek these services because they are afraid of the way medics and community misconceive a mental health case which comes with stereotypes.

This is also coupled with a challenge of 55,000 trained health workers who have the skills to handle cases beforehand but lack access to patients.

“Due to hilly terrain and distant health facilities, it has been hard to reach patients whenever they call in (hotlines) for help. This challenge makes us unable to help out on time,” said De Dieu Leonard Nyiragutabara, a Mwogo sector health worker.

To address these cases on time, InterPeace International in collaboration with the European Union this Friday donated 17 brand new Yamaha motorbikes worth Rwf51 million to facilitate activities of specialized mental health workers in Bugesera district, eastern province of Rwanda.

The funding used to purchase the motorbikes, according to InterPeace International Rwanda Country Representative, Frank Kayitare was initially intended to pay stipends for health workers but was later changed after consulting beneficiaries.

“The beneficiaries told us that giving them money wouldn’t be sustainable and they opted for transport means to enable them to reach more patients in the hilly countryside,” Kayitare said.

To make this idea more sustainable, Kayitare says that they will deliver a mobile mental health clinic to Bugesera district in the next few months and extend the transportation facilitation (of donating motorbikes) to more five districts- Ngoma, Nyagatare, Nyabihu, Musanze and Nyamagabe.

“This is just a pilot project but the short- and long-term plan is to cover the whole country and extend similar assistance to health workers in other districts, so as to contribute to the government plan of addressing mental health cases on time,” Kayitare said.

Mental health experts say that with timely assistance reaching patients and skills development in mental health services, Rwandans can be helped in the long term especially that mental health is inevitable health status.

Dr. Kayiteshonga said that there cannot be health without mental health, thus the government is looking at training more health workers to chip in the already existing trained medical staff operating in specialized and non-specialised health facilities.

Kayiteshonga revealed that about 55,000 health workers have already been trained against the national target to reach 60,000 and this setback was caused by many issues including the COVID-19 pandemic among many.

RBC figures seen by KTPress last year indicate that the COVID-19 pandemic caused more cases of depression and traumatic experiences as a result of lockdowns, restricted movement, isolation, and human inactivity for a long time.

Due to COVID-19, RBC statistics indicate that the number of persons seeking medical attention dropped by 20%, while mental health cases increased.

In Suicide, Do Victims Want to Die? Psychologist Says “NO”