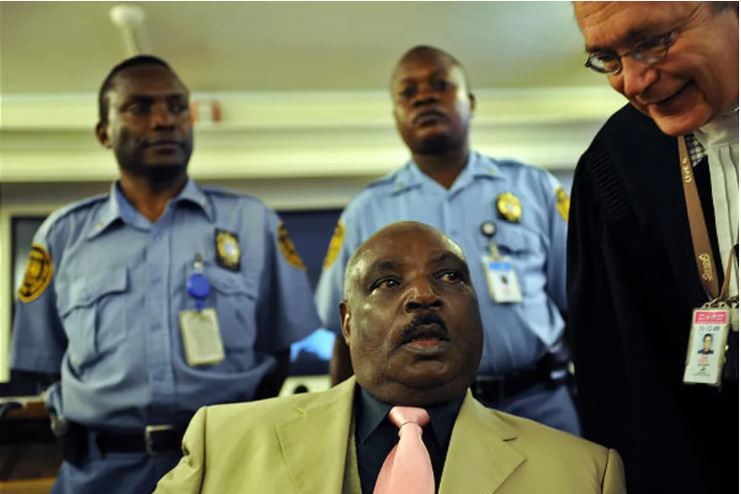 Niger has expelled and declared persona non grata nine Rwandan nationals who were recently relocated to the country by the United Nations International Residual Mechanism for Criminal Tribunals (UNIRMCT) from Arusha-Tanzania.

After quoting a set of their domestic interior and migration-immigration laws, Niger named the nine Rwandan nationals who have been staying in a safe house in Tanzania after they were either acquitted or served sentence handed by the UN International Criminal Tribunal for Rwanda(ICTR) over 1994 Genocide crimes.

“The following persons are definitely expelled from Niger territory and permanently denied residency for diplomatic reasons,” the article number one of this ministerial order reads before announcing them.

Number one on this list is Protais Zigiranyirazo, member of Akazu – the clique on power(until 1994) that is believed to have prepared and executed the Genocide against Tutsi.

He is the brother of Agathe Habyarimana, and thus, brother-in-law to former President Juvenal Habyarimana.

In 2008, ICTR sentenced Zigiranyirazo to 20 years in jail over Genocide crimes.

Also joining the nine are other influential politicians of the government which immersed the country into the 1994 Genocide against Tutsi. In this Genocide more than one million innocent civilians perished in three consecutive months.

Others are Andre Ntagerura who was Minister of Transport during the 1994 Genocide, Prosper Mugiraneza, Minister of Civil Service in the same government, Anatole Nsengiyumva – Head of the Intelligence Bureau of the Army General Staff and Commander of the Gisenyi Operational Sector from June 1993 to July 1994.

“The concerned people will be guarded and will have to leave the country within seven days after publication of this order,” article number 2 reads.

Two weeks ago, during the United Nations Security Council (UNSC), Rwanda expressed its concern over the transfer of the nine Rwandan nationals to Niger.

During the session to review the progress report of UNIRMCT, Ambassador Valentine Rugwabiza, Permenant representative of Rwanda to the UN, said that Rwanda was concerned on the transfer of the 9 Rwandans who were living in a safe house in Arusha to a third country without consulting Rwanda on the matter.

“Rwanda is surprised to not have been notified by either the Mechanism or Niger about the transfer of these nationals of Rwanda,” she said.

Rwanda needed to understand whether the transfer, settlement, and living costs of the transferred Rwandan nationals- who have been free from any Mechanism proceedings for over a decade- are part of the budget of the Mechanism.

“We hope that Niger will exercise its responsibility to ensure that none of the 9 persons use their territory for subversive activities that have contributed to the insecurity and instability of the Great Lakes Region for the past decades,” she said.

Amb. Rugwabiza said that there is available evidence, in their criminal records, that some of them have been engaging in subversive activities even after their acquittal by the former ICTR.

State of the Nation Address: Kagame Commends Citizens’ Resilience in 2021