Walls Closing In On Genocide Suspects in Southern Africa 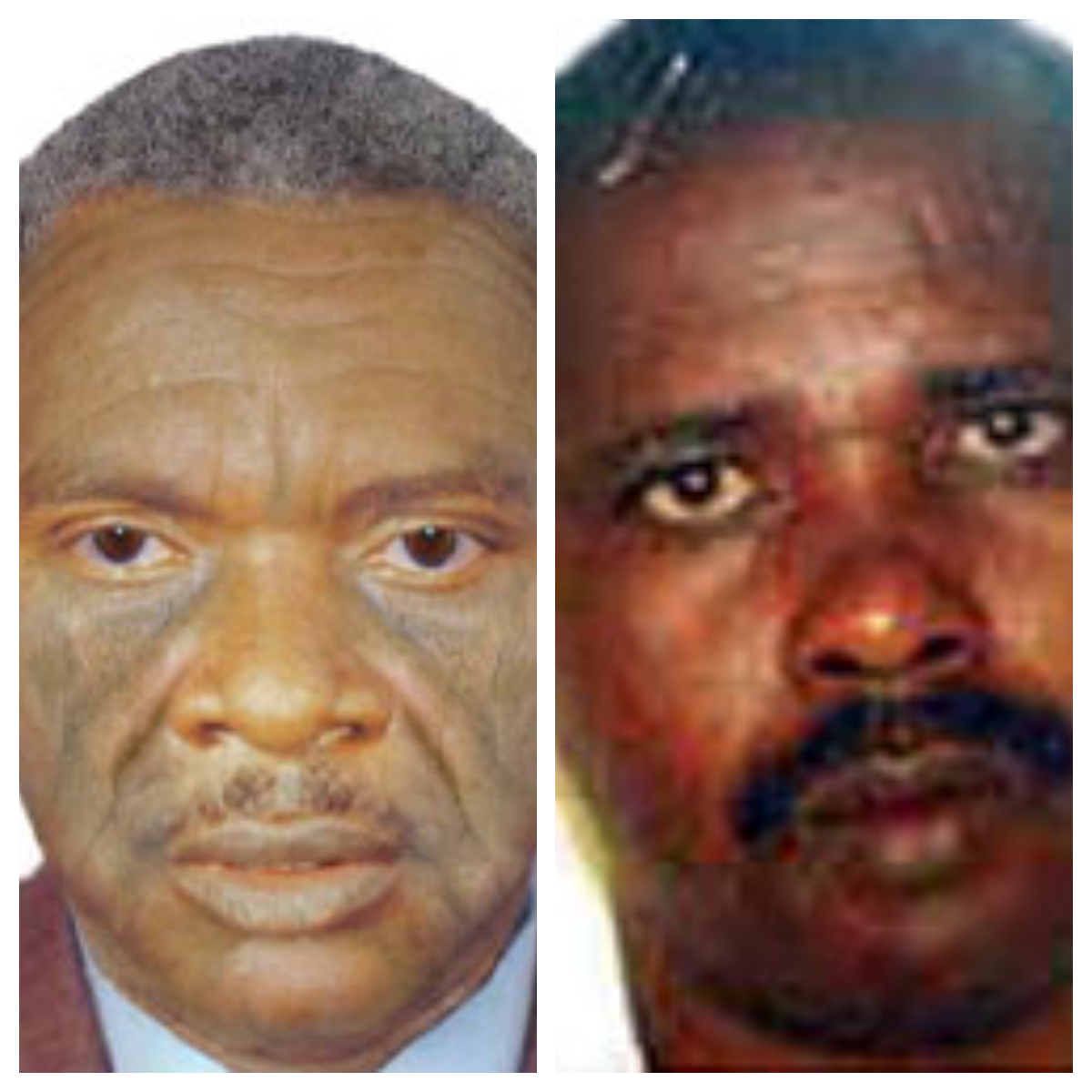 Genocide perpetrators have been on the run for more than two decades and, as the world becomes too small for them to hide, they have been attempting to claim victimhood while using a few indoctrinated Rwandans, including family relatives, as a shield from prosecution as well as a tool for pursuing their political ambitions for returning to power in Kigali.

In one such attempt to claim victimhood, a recent article titled “Stateless Rwandan refugees are nomads ‘in orbit’ as they wander the globe, fearing retribution” and carried in the Daily Maverick goes to great lengths to make a case against the long-overdue repatriation of the remaining Rwandan refugees.

However, the case against repatriation doesn’t stand up to scrutiny for no other reason than the fact that it mainly rests on outright lies and distortion of history.

Mr. Callixte Kavuro writes that “They [Hutu refugees] fled their home country because of inter-ethnic conflict and the Tutsi minority-dominated government’s desire to control the Hutu majority, who are blamed – as a group – for having committed genocide against the Tutsis”.

For Kavuro, the genocide against the Tutsi is a mere allegation – not a fact beyond debate, as ruled in the judicial notice (ICTR-98-44-AR73 (C)) – raised by the Government of Rwanda against the Hutu as a group in order to control them. What really happened, Mr. Kavuro adds, is an “inter-ethnic conflict.”

This view, which in normal circumstances would be denounced as vile genocide denial, is the foundational basis for his advocacy. Fortunately, however, documented historical facts provide the tools against this manipulation which has always sought to shield the villains from reckoning with their criminality.

The New York Times exposed Mr. Kavuro’s game way back on December 13, 1996 when it reported that, following ultimatums by the Tanzanian government and the United Nations, “Hutu militiamen who are leading the refugees are determined not to go home because they fear reprisals,” and, as result, they were pushing refugees to leave the camps in direction of Kenya and Malawi, according to international aid workers.

Moreover, the militiamen’s decision to vacate the camps came against the backdrop of the successful repatriation of an estimated 700,000 Rwandan refugees from similar camps in eastern DRC in November 1996.

This repatriation had raised hopes that it could trigger the voluntary return of an estimated 540,000 refugees that were sheltered in Tanzania. But, according to international aid workers, camp leaders (genocide fugitives made of former governments officials, ex-FAR, and Interahamwe militia) began “circulating rumors in the camps aimed at discouraging refugees from returning home, saying, for instance, that Rwandan soldiers would gun down refugees once they crossed the border.”

It is noteworthy, therefore, that Mr. Kavuro’s claim that “Hutus are blamed as group” for having committed the genocide has origins in the discourse of the genocide masterminds, particularly their tactics of manipulating refugees to use them as a shield against prosecution. But this manipulation had, then and now, short legs.

Just days later on December 16, 1996, The New York Times reported again that “Tanzanian troops [had] stopped” camp leaders from achieving their objective, had “broken the grip of the militants in the camps and succeeded in herding most of the refugees back toward their homeland.” According to international aid workers, while the return of refugees to Rwanda was orderly, “many of the hard-core militia members were still heading east, disappearing into the forests around the Tanzanian town of Nyakahura.”

The hard-core militia members – now scattered across the African continent and still exploiting those who followed them – have been desperately seeking asylum as a means of evading justice.  It is these fugitives that Mr. Kavuro is now rebranding as innocent people being haunted, not by their crimes but, by Rwanda’s supposedly frightening spies.

One can only imagine how many “stateless” Rwandans would still be roaming around the earth, being fed lies by the likes of Mr. Kavuro that they are being “tracked for elimination” by the Rwandan government, had the Tanzanian authorities and the Rwandan Patriotic Army (RPA) failed to act decisively in 1996. Instead, millions have returned and leave peacefully in Rwanda and, by that mere fact, exposing Mr. Kavuro’s outright, self-serving, lies.

Evidently, it is not Rwanda’s economic progress that “convinced the United Nations High Commissioner for Refugees (UNHCR) and host countries that Rwanda was safe for Hutu refugees to return,” as Mr. Kavuro claims. On the contrary, it is the protection of the human rights of returnees, the tremendous performance of the Rwandan justice system, and the successes of the reconciliation process, all of which allow their smooth reintegration in communities and guarantees that no one in today’s Rwanda is persecuted on account of ethnicity. 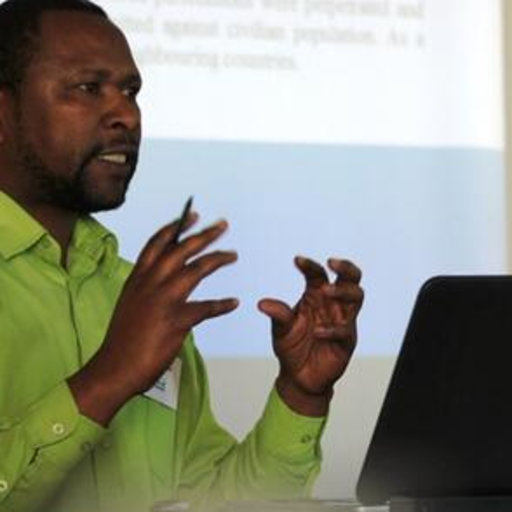 As a matter of fact, the UNHCR never needed any convincing beyond those guarantees outlined above precisely because its representatives knew about the plans of the genocide masterminds plans to hold refugees hostage. Already in 1995, barely months after the genocide, the Chief of the UNHCR office in Rwanda had this to say about the attacks from refugee camps in Zaire [now DRC]: “The motivations for the attacks [ vary… [and include] killing as a punishment of people who have returned to Rwanda without permission of the refugee camp authorities…[and] killing of people who appear to be cooperating with the Rwandese government, for example, those who have handed over their weapons or have given information about who took part in the genocide…”

Today, those plans remain the same as governments across the world face renewed pressure to hand over genocide fugitives, a fact evidenced by the frustrations of the Prosecutor of the Residual Mechanism of the Rwanda Tribunal, Serge Brammertz, in the cases of genocide fugitives Fulgence Kayishema (South Africa) and Protais Mpiranya (Zimbabwe). Additionally, the Rwandan government has recently established and strengthened bilateral agreements with several Southern African governments, namely Zimbabwe, Namibia, and Mozambique, which genocide fugitives and their supporters view as a threat. Hence, the urge and desperation from the likes of Mr. Kavuro to sow confusion and make a dubious case for the integration of “refugees” – in fact suspects for heinous crimes – in host communities.

But one need not to be a permanent refugee to be integrated. Those whose conscience is clear, without crimes they committed hovering over their heads and the blood of victims haunting them, will find it easier to be integrated in different host communities while bearing proudly the Rwandan flag and will, as so many have done, return to and leave their native land any time they wish.

But in order for them to reclaim control over their lives, they will first need to be freed from the psychological and ideological grip of genocide fugitives – as was done in Zaire and Tanzania in 1995-96 – on whose behalf Mr Kavuro appears to desperately speak as the ground shifts against them in Southern Africa and the long arm of the law inches ever closer.