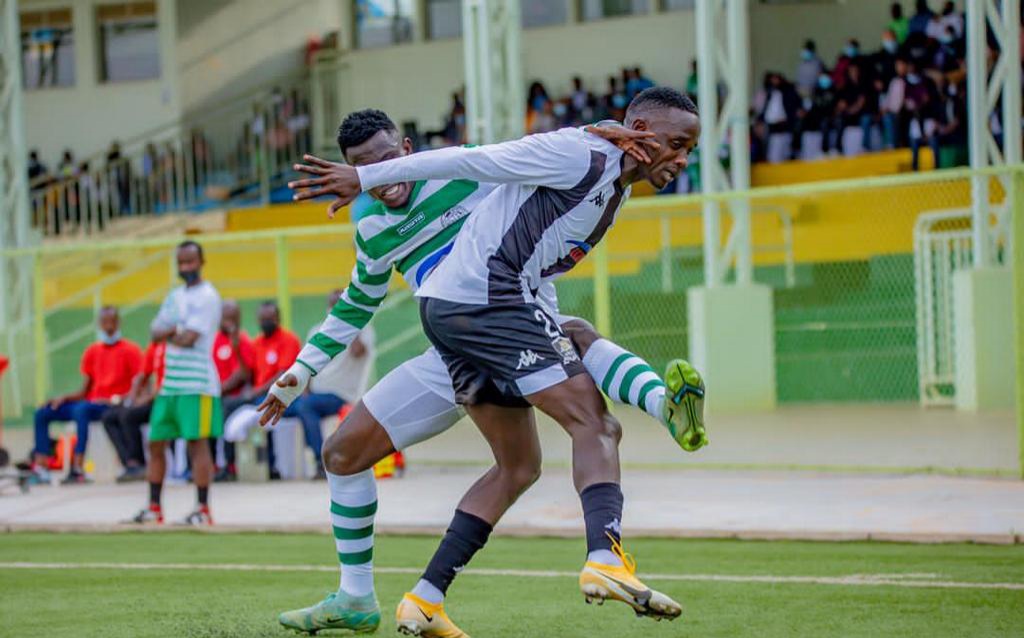 After a hiatus due to the COVID-19 prevention measures, the national football league got underway with the 12th round of matches last week.

It was a Kigali Derby at Kigali Stadium in Nyamirambo when league leaders Kiyovu SC took on reigning champions APR on Sunday.

Kiyovu SC came into the match searching for their first league win against APR in more than five years and came close when they piled pressure against a 10-man APR in later stages of the game but could not convert any of their chances.

The reigning champions had their midfielder Bosco Ruboneka sent off in the 69th minute for a foul on Ismail Nshimiyimana, but held on to stretch their unbeaten run to 47 games in the national football league.

The draw keeps Kiyovu top of the league one point ahead of APR who sit second with two games in hand.

Earlier at Kigali Stadium, Gorilla FC  played out a 1-1 draw against Bugesera. Sadick Sulley broke the deadlock for Bugesera in the 15th minute while Adeaga Johnson scored from the spot to salvage a point for the visitors.

Meanwhile, Rayon Sports were held to a 0-0 home draw by Musanze on Saturday.

Both sides had chances to score goals throughout the game but neither could find the net as their shared spoils.

The draw felt like defeat for the Rayon Sports especially after they were denied what appeared to be two penalties.

Alsewhere, AS Kigali’s poor form continued as they suffered a 3-1 home defeat to a modest Rutsiro side.

Shaban Hussein equalized for Mulisa Jimmy’s side after Hamza Nkubito had put the visitors in front in the 36th minute but Jules Wartanga found the net with eight minutes to go to win the game for Rutsiro.

It was a Rubavu Derby at Umuganda Stadium when Etincelles FC took on their local rivals Marine FC on Saturday. Mugiraneza Frodouard scored in the 35th minute to win the game for Marines FC.

Police FC, who currently sit in fifth, could move up to third if they win today.