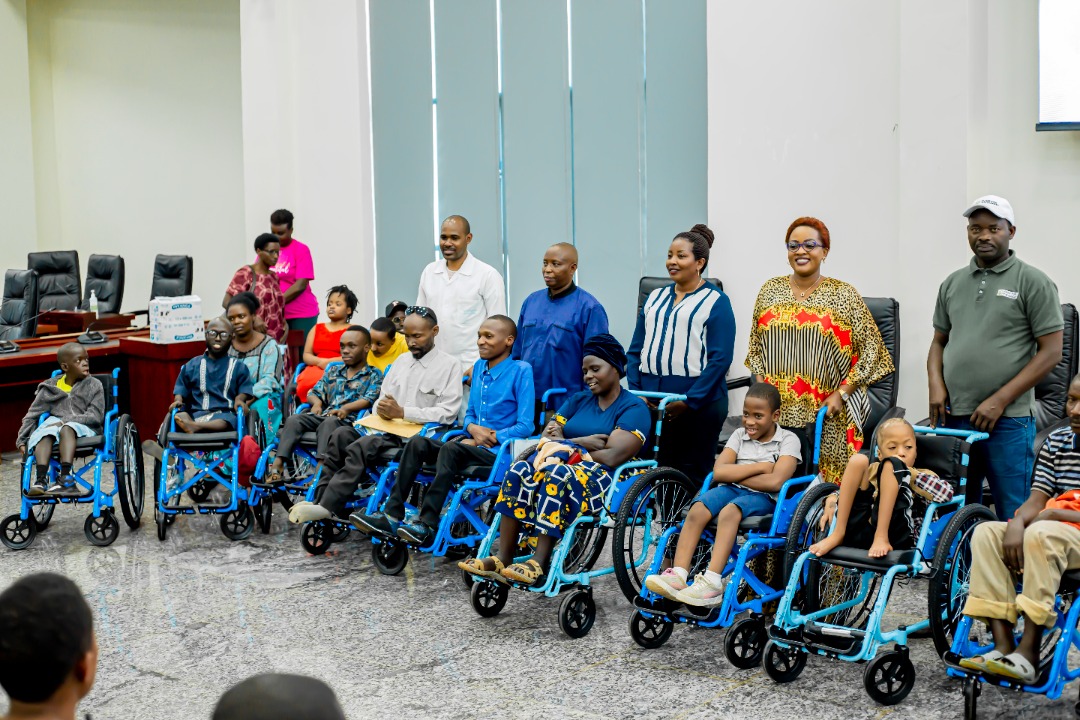 On Friday, September 23, Ndineza Organization put a smile on the faces of people living with disabilities in Gasabo district with a donation of 30 wheelchairs.

In partnership with Food For The Hungry, the donation made a difference in the lives of people who were given wheelchairs worth more than Rwf 450,000 each.

Gahongayire noted that the organization, sponsors and partners are proud to be part of this softness legislation that supports persons with disabilities.

“As part of our commitment to assist persons with disabilities from vulnerable families in Rwanda, particularly in Gasabo district, we are here once again to donate another batch of wheelchairs and boxes of milk,” she said in her speech.

Belia Mushimiyimana who has six children was one of those who received a wheelchair. She described the wheelchair as a step towards better life.

“I am most grateful to God for working with his child Aline Gahongayire to help me with a new wheelchair to replace the one I had which was really dilapidated. The wheelchair will make it possible for me to move and do business,” she said with excitement.

Wardun Dusabimana from Gasabo could not hide his happiness when he received the wheelchair. He usually used crutches to help him walk, but they finally broke, so he had no choice but to use his hands to walk. 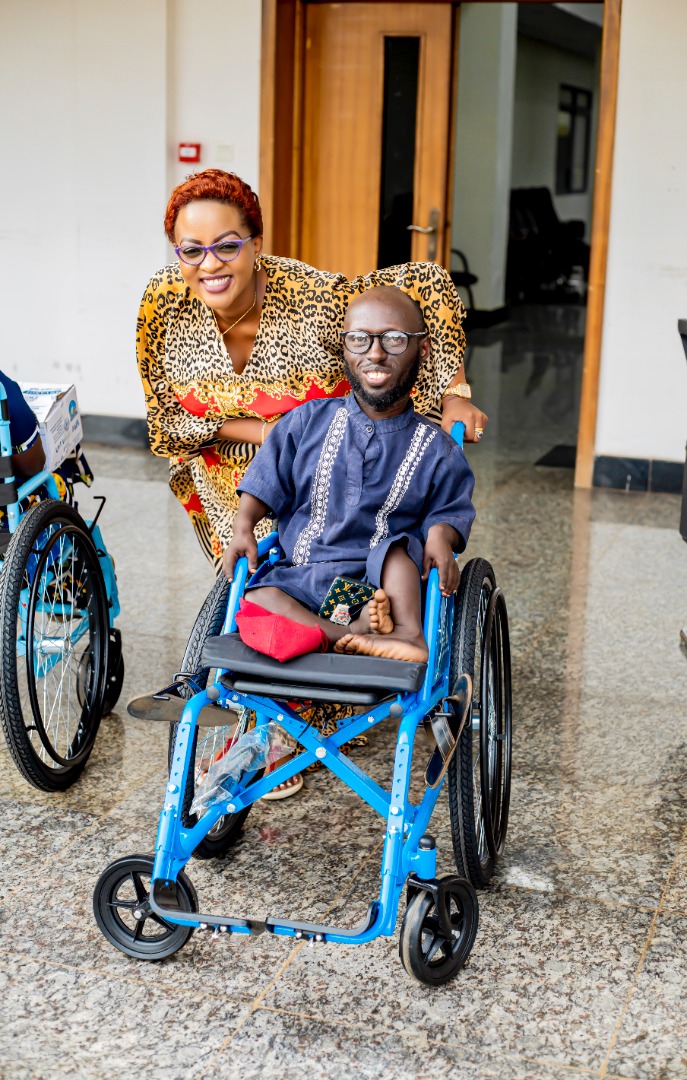 Pauline Umwali, Gasabo District Executive Administrator said that such a partnership with a charity organisation facilitates the implementation of a number of government programs.

“We work in close collaboration with our partners in Gasabo district to play different social protection roles, paying for children from poor families to attend school, building homes for the homeless and other activities to promote the well-being of citizens,” she said.

She added that the district was to distribute 125 wheelchairs, but Ndineza promised to donate 40 extra wheelchairs on top of the 30, for a total of 70 wheelchairs. They also agreed to continue working together to achieve the objective of donating all necessary wheelchairs in the Gasabo district.

This is not the first time that Ndineza offers wheelchairs to persons with disabilities in the district of Gasabo. This humanitarian action also took place in 2020 during the pandemic, when over 40 wheelchairs were donated. 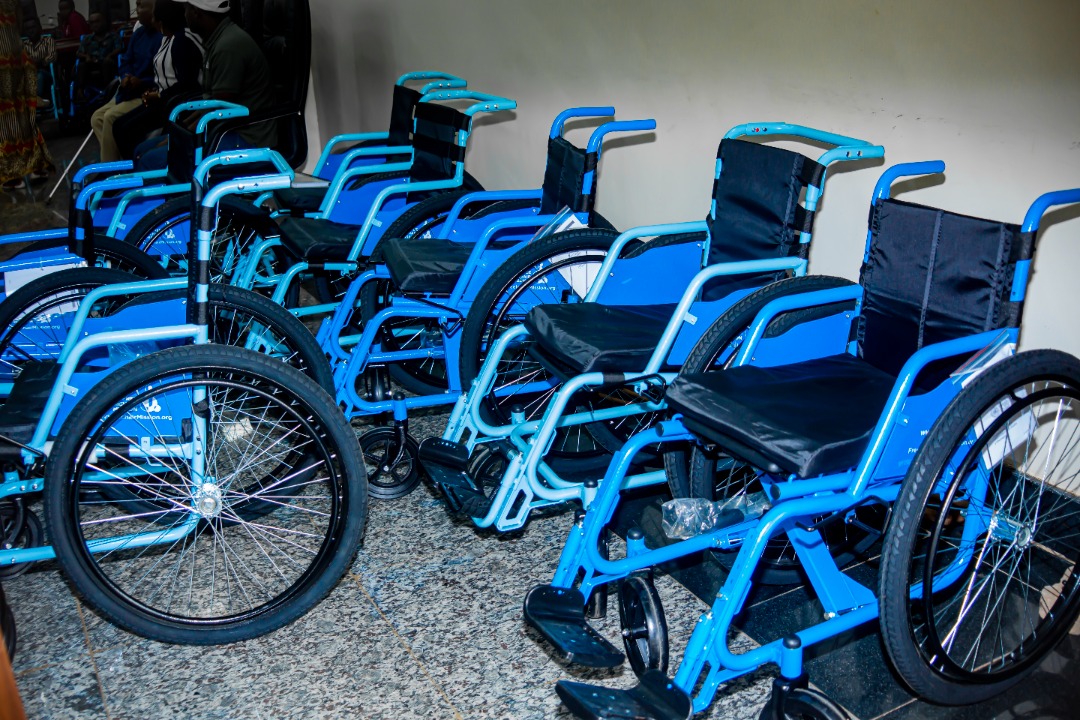