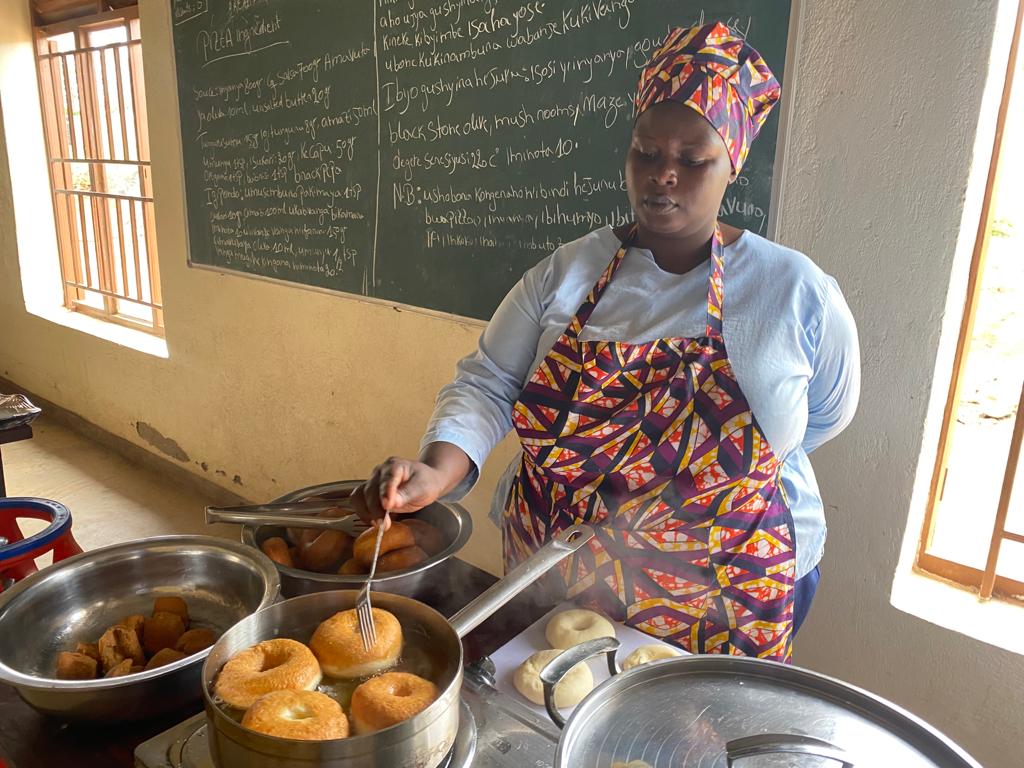 December 6, 2022, we drove to the East, in a village of Gitagata, Bugesera district, some 50 kilometers from the capital Kigali.

Having been covering stories around drug abuse, prostitution and several delinquencies among the youth, the thinking was that ours was a trip leading us to a community of difficult people.

We thought we were going to see a community of big headed people, under strict conditions imposed by supervisors at Gitagata Rehabilitation Centre (GRC).

The centre has for the last 4 years been admitting girls who were saved from awful activities of drug abuse, prostitution and other forms of delinquency.

Little did we know that we were heading to a typical family house of 170 girls, former delinquents who turned into hard workers, disciplined ladies with Rwandan values, who are learning skills that will shock their families back home.

At the reception, the feeling is that you are entering a boarding school with administration block, recreational hall, dormitories, dining hall, sport grounds to mention quite a few.

A short introduction only confirms your first impression; the facility is a place where the youth who were formerly engaged in criminal activities are rehabilitated and inspired into becoming dependent and esteemed citizens, ready to be reintegrated in the society which, to some extent had rejected them.

In a welcome gesture, a group that was shortly briefed on some guests arriving chanted ‘Turabakiriye bashyitsi bahire, mwicare mugwe neza’ welcome esteemed guests, feel at home, but this could not take long because we had a long ‘to do’ list.

The following move led us to a group engaged in hairdressing and aesthetics, practicing on each other in the hard but stylish braiding, hair cutting, pedicure and manicure among others.

It is a session that takes long because everyone applies to their colleagues all the skills they have learnt, leaving everyone looking gorgeous. 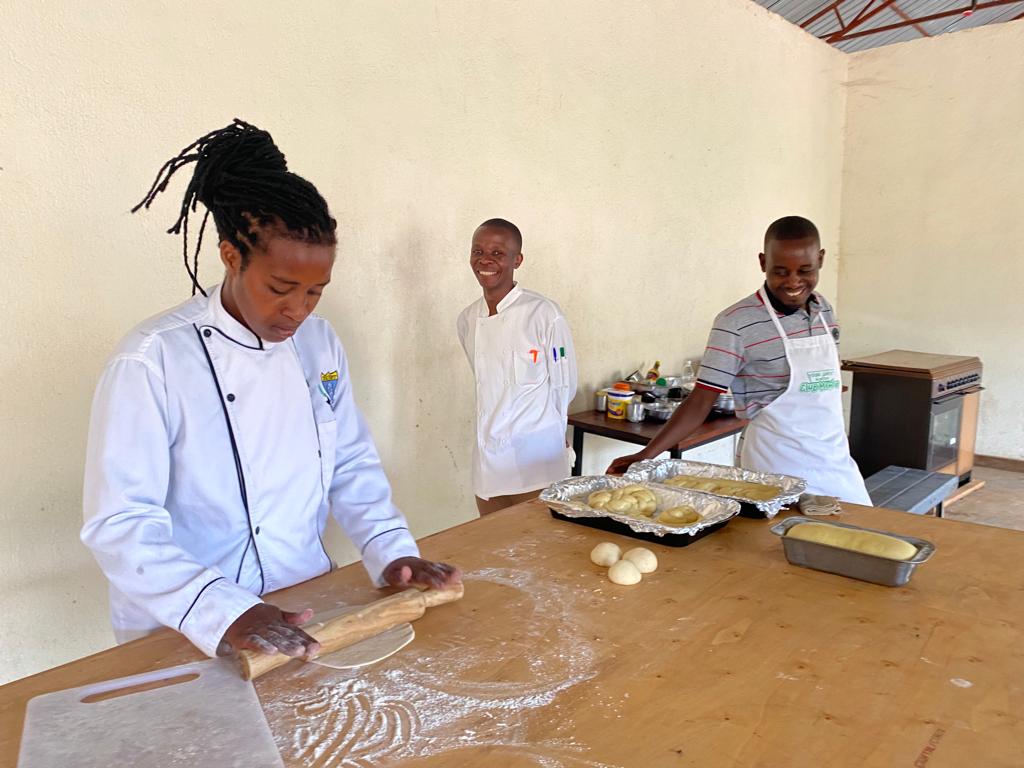 Talking to them, they curse their past experience and swear never turning back to the character which they left behind.

Sauda Uwase Iramumpaye 24, is one of the fifty-six (59) fellows who have undergone a six-month course in Hairdressing.

Telling her story, Uwase confessed that she was a prostitute and drug addict in Nyarugenge district, City of Kigali.

One fateful night, she was picked by authorities in a night patrol and taken to a transit centre based in Gikondo and handed to Gitagata two months later.

After one year at Gitagata, she is proud of what she has learnt. She said she can’t wait to graduate and rejoin her two children whom she missed a lot and wishes to take good care of through hairdressing earnings.

Within one year, the six-month rehabilitation programme and the six-month vocational training where she learnt hairdressing are bearing fruits.

Narrating her story, Uwase said she has come a long way.

“There were times when I couldn’t define my purpose of living, spending much time in bars, causing chaos through hurling needless insults at whoever approached and putting up endless fights,” she said.

“I have a profound regret today about hurting my parents’ feelings and thinking that engaging in sex for money was the only way to improve my living conditions.” 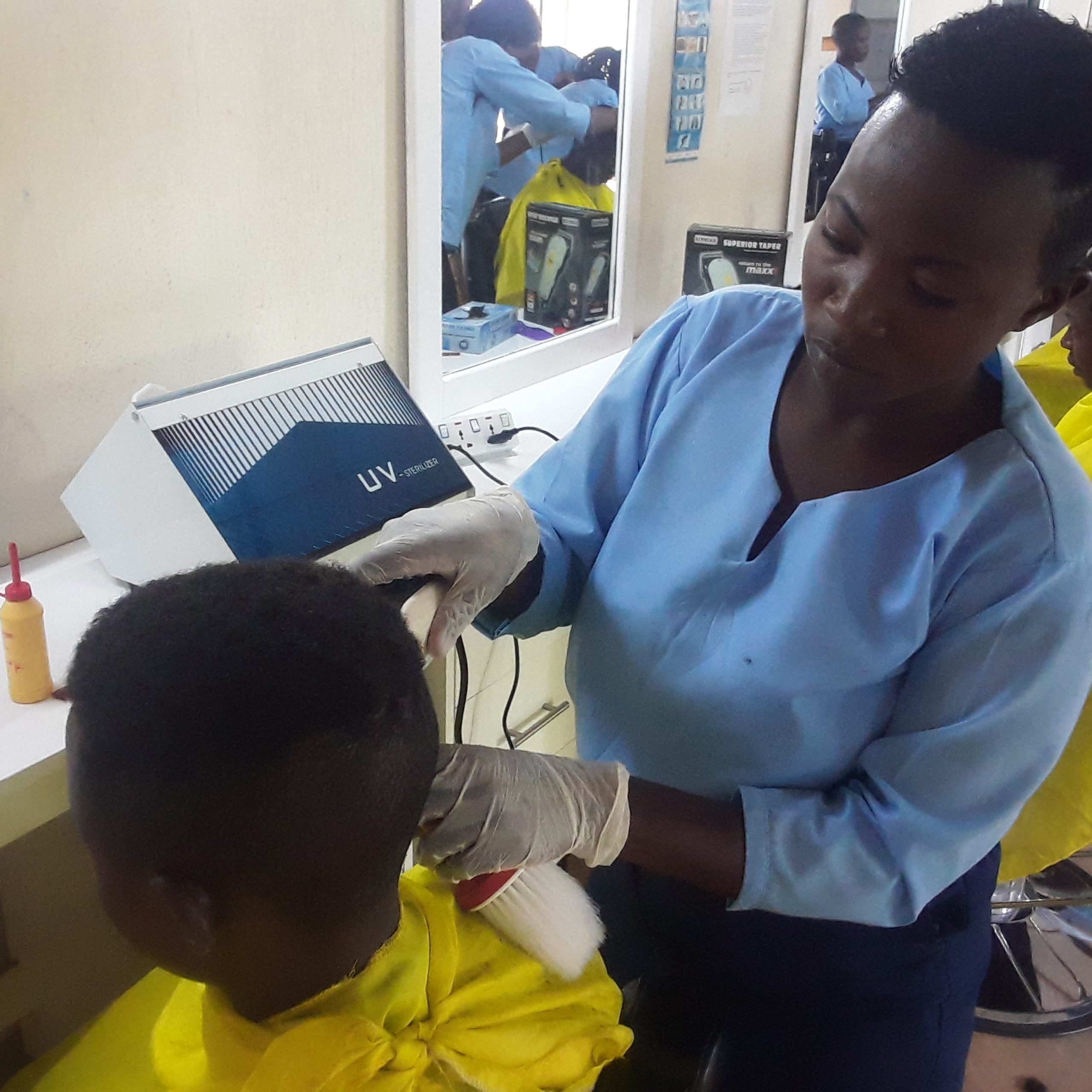 “I have mastered essential skills that will earn me a living once I return home. All I need is to apply them with values from this centre, rather, a family,” she said.

After meeting the hairdressing group which aspires to become job creators following the entrepreneurship skills, we headed to a class of culinary trainees.

As you enter their workshop, a bakery scent welcomes you as you observe the girls in chefs’ attire do what they do best. 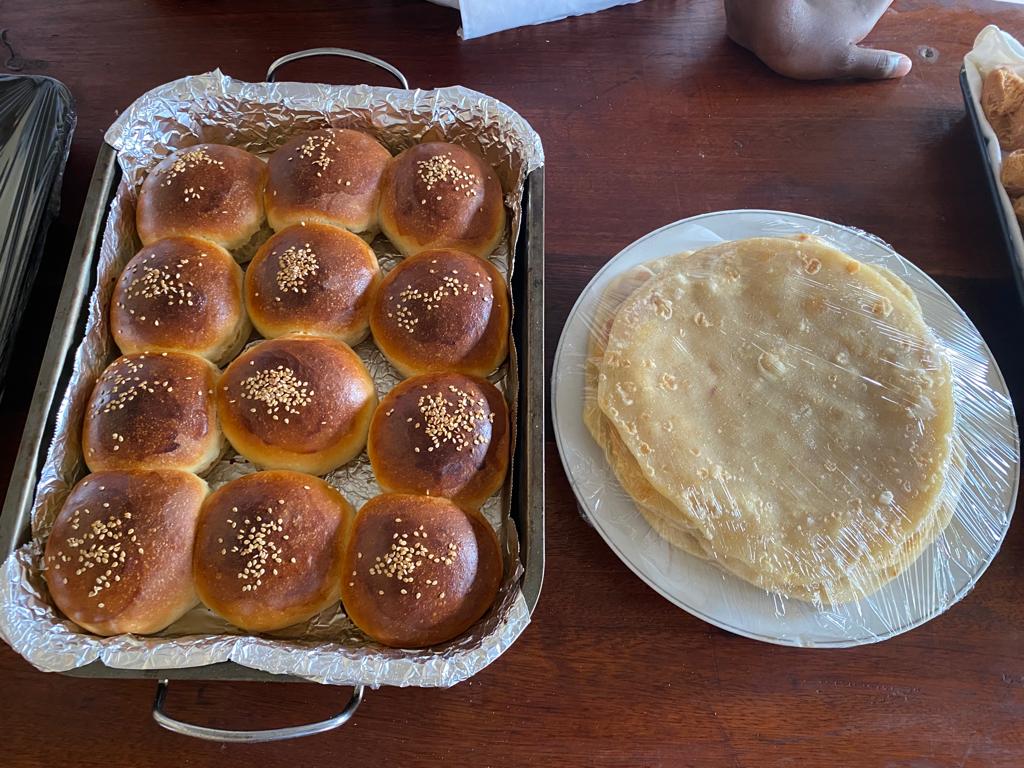 Uwase has now concluded the turning corner of her life.

One of them Vestine Izabayo from Nyarrugenge district, Kanyiya sector was picked from Nyabugongo neighborhood in Kigali, during a night scuffle she had caused out of drug abuse correlated with violent attacks.

During her first three months at the center, she was introduced to therapy and later a course in Culinary Art.“After arrival at this rehab center, it took me time to concede with reality, but this was a blessing in disguise, now that I acquired skills in bakery. Experience has taught me how to use this opportunity to desist from crime and earn money through noble means”, she said while demonstrating how to make a delicious chapati.

With rumors around “inhumane conditions” at the rehab, most girls said that their first days at the center seemed pessimistic as they struggled to understand the upcoming their fate, especially overcoming addiction.  However, the first three months proved them that they were at the right place.

“Before being introduced to individual therapy, religious and social activities like sports were extremely boring and hard to believe, but everything was preparing me to becoming a decent citizen,” said Uwase.

To most females at Gitagata rehab, their major regret is all about having lost much time in unlawful activities, a price they believe was paid in frustration, but which has later changed simply because they have gained values and life-long skills. 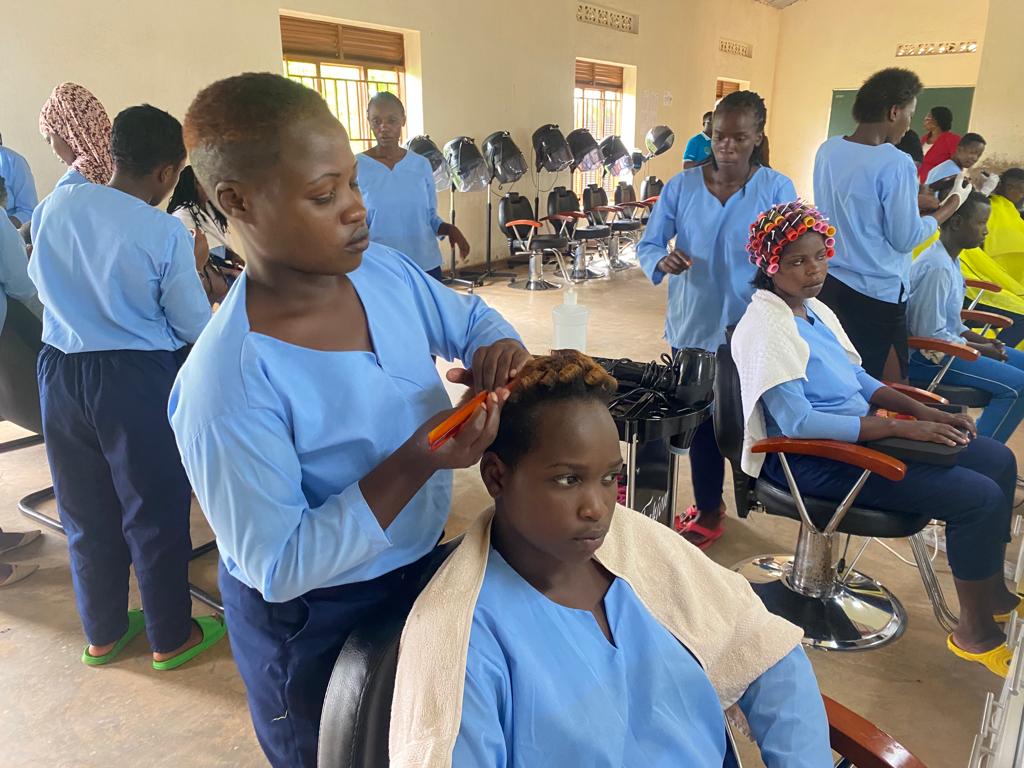 The centre treats everyone as a child in the family; everyone has got a role to play on a rotational basis which instills in them a sense of responsibility and resilience.

Life After the Rehab

One of the   purposes of the work around ‘Rehabilitation’ is to make female delinquents self-reliant as they are reintegrated in the society.

Females who have graduated from the rehabilitation programme out to be resourceful are now making good use of the skills and values that turned their lives around.

Yvonne Uwase 28, a mother of two graduated in 2019 with certificate in hairdressing after being caught in activities of street vending in Kigali.

Upon graduation, she was smart enough to start a business, the EASY FASHION SALON.

Owing to skills acquired during rehabilitation, Yvonne Uwase has so far trained 30 young girls in hair dressing and retained 2 to assist her at her established salon in Kimisagara, Nyarugenge district.

“Along this journey, I have learnt that the best intention can be missed when a person is not guided.  I am glad that I have become an independent woman, capable of taking a strong hold upon my life and playing a dual role of a mother and a bread winner”, she said, proudly arranging her saloon equipment.

According to the Coordinator of Gitagata Rehabilitation Center Sheik Hassan Bahame, collaboration with district local authorities is key to making rehabilitation process sustainable.

To explain this point, Bahame said that full completion of addiction recovery and putting to use the skills acquired takes place from the beneficiaries’ respective home districts.

“It is also paramount that making rehabilitation fully-fledged and operational, families come on board. In fact, we have realized that most cases of delinquency are rooted to domestic conflicts, poverty, illiteracy, peer pressure, drug abuse, among other factors,” Bahame said.

Gitagata Rehabilitation Center works with other two government centers; one at Iwawa (Rutsiro district) and the other in Nyamagabe district, alongside 14 private rehabilitation centres. All the centers operate under the National Rehabilitation Service (NRS). The centre has capacity to accommodate about 500 trainees per intake.