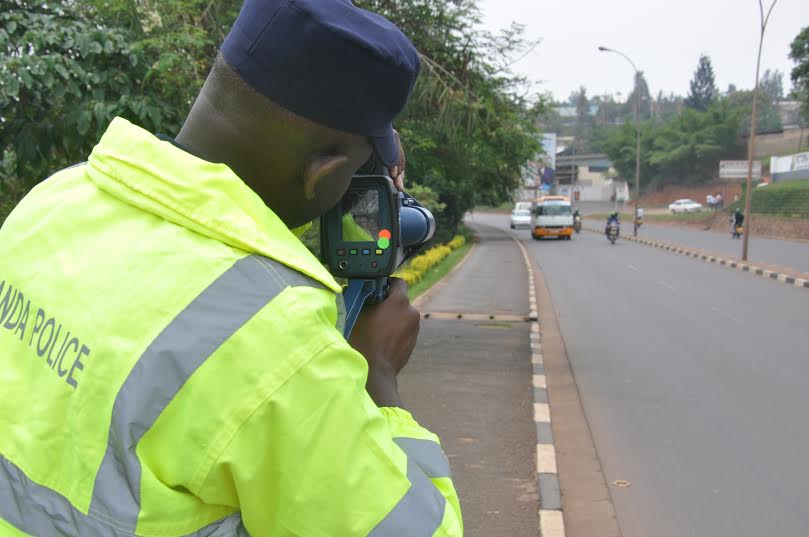 About 500 police officers could be sacked including those incriminated in cases of taking bribes, the Rwanda National Police (RNP) has said.

The Deputy Inspector General of Police (DIGP) Jeanne de Chantal Ujeneza told media this December 8, 2022 during the re-launch of the police road safety campaign commonly known as Gerayo Amahoro- which had come to a standstill due to COVID-19.

The 500 police officers will be sacked for various crimes, including drunkenness, corruption and seeking bribes.

Ujeneza told local media that the RNP is only waiting for the government to approve the move to relieve the officers of their duties, however there are some who have already been sacked in a bid to address the issue of corruption and bribery in the force.

The announcement follows the 2022 Rwanda Bribery Index (RBI) released yesterday by Transparency International (T.I Rwanda) showing the traffic police and utilities services are among the top areas where bribery is still common despite the ‘zero tolerance’ to corruption efforts.

The report showed the Traffic Police department scored 16.4%, Local government 10.6%, Rwanda Energy Group (REG) 10.4%, the Water and Sanitation Corporation (WASAC Ltd) 10.2% bribery encounters (corruption) based on the services they deliver and direct encounter with the population needing the services.

RNP Spokesperson Commissioner of Police (CP) Jean Bosco Kabera, told KTPress that the force takes the bribery report seriously and they will not have tolerance to corruption.

“We take that report seriously. RNP has a zero tolerance policy on corruption and several measures had been put in place to fight vice. We will review these existing measures/mechanisms to see if there are loopholes and plug them,” Kabera said.

Ujeneza also stated that by taking action on this issue, the Police will ensure that roads are safe and traffic regulations abided by, especially that road accidents and insecurity can be attributed to officers taking bribes and letting vehicles with poor mechanical condition to operate illegally.

“Rwanda’s politics, especially the National Police, is to punish without tolerance those who eat bribes, making the lives of Rwandans difficult and preventing them from being safe, that’s why we punish every policeman we help,” Ujeneza said.

“That’s why we ask our police officers to be satisfied with their salaries and avoid actions that put the lives of Rwandans in danger, the ones we are going to fire are many corrupt people and those who have shown bad conduct due to drunkenness- which also goes hand in hand with corruption,” she added.

DIGP Ujeneza said that in general many police officers are doing a good job and are professional and deserve to be commended, but the force will not neglect the need to punish the criminals within.

Regarding the accidents caused by the vehicles not working properly due to disregarding the rules, Ujeneza said that motorcycles and bicycles are the most common causes of accidents, and the motorcycles that are going to go with them are subject to inspection, (Technical Control).

As part of the launch of Gerayamahoro activities in the Southern Province, motorcyclists were given lectures to encourage them to avoid accidents which take a toll on lives of Rwandans especially as the community preps for the festive season.