November 1971, November 2021, time to celebrate half a century of strong  ties between Rwanda and China, the 50th anniversary of establishment of diplomatic relations between both countries.

China has always been there for Rwanda since the start of the relationship, and most especially, was among the friends who contributed to Rwanda’s recovery in the wake of the Genocide committed against Tutsi, a tragedy that cost life to more than one million innocent Rwandans.

The country not only was among the first respondents in terms of supporting Rwanda’s recovery, but also enabled its entry to the Asian market.

China has become Rwanda’s biggest trading partner and project contractor providing support for Rwanda in its process of reconstruction and industrialization and boosting its trade.

Trade between the two countries doubled to $ 76.4 million in the first half of 2011 compared with the same period of 2010.

It is also estimated that about 4,700 items from Rwanda had reached the Chinese market by the same year.

China’s imports to Rwanda have been growing at 13 % annually and it is now around $400 million annually.

All these were possible due to the Rwandan Government’s hard work to facilitate and attract foreign investors through its Rwanda Development Board (RDB).

The latter sent a delegation in 2010 whose mission was to explain the benefits of investing in Rwanda to Chinese entrepreneurs. Moreover, China is also one of the few countries where RDB has an office, in Shenzhen, for the same purpose of attracting and facilitating Chinese investors.

China has been Rwanda’s biggest export market, the third largest source of imports and the 4th biggest trading partner.

The relationship was sealed by President Xi Jinping’s visit to Rwanda in 2018.

With a growing demand for online shopping, trade between the two countries has moved from direct exports to e-commerce which has seen both countries sign agreements around this sector. 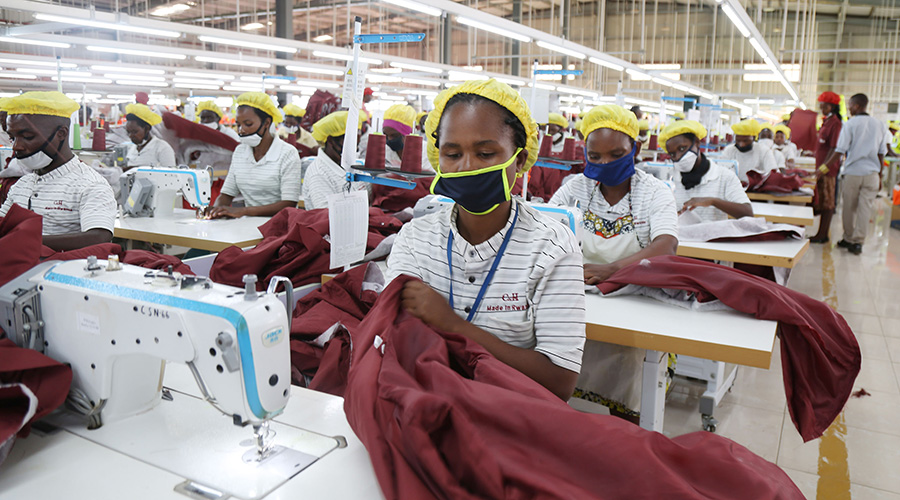 Diego Twahirwa, a local chilli farmer is one of the beneficiaries who has been exporting his produce to China since 2019. Although he exports to some European capitals as well, he views China as the steadiest market and he has a growing clientele there.

“The good relationship between China and Rwanda has enabled farmers like me to realise our dreams. The Chinese market is quite unique when compared to the rest because they accept a wide range of goods with ease,” Twahirwa told The Africa Report.

Rwanda’s success story on e-WTP has been a good example. For instance in May 2019, at an online promotion event organized by Alibaba Group and the Rwandan embassy in China, 3,000 bags of Rwandan coffee beans, totaling 1.5 metric tons, were sold out in less than a minute.

This made Rwandan farmers earn an additional $4 per kilo by selling directly to Chinese consumers through this platform.

China has a strong and growing presence in Rwanda especially in areas of trade and investment. C&H garment – an apparel industry producing massively for both local market and international market is one of sound investment.

The factory, less than ten years old now, has 1,200 workers at its Kigali Special Economic Zone. It has a target of offering more than 7,500 jobs among Rwandans who are acquiring hands-on skills.

“When I was hired, I had no idea how an apparel factory works,  but, courtesy of Madame Anna (factory manager) who is a good trainer, I understand the production process very,” said Ericson Ndagijimana, a Human Resource Manager at C&H Garment said. 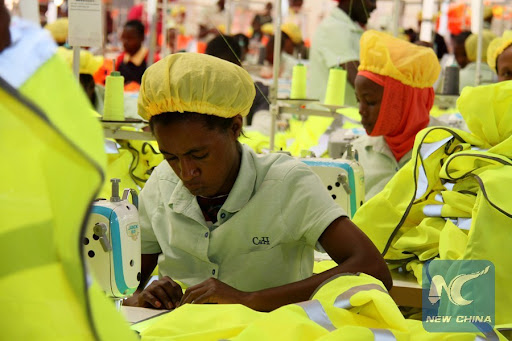 Other partnerships between Rwanda and China are in health, education, infrastructure and transport.

As the world recovers from the COVID-19 scars, China played an important role in garnering people’s support and pooling people’s strength to fight the pandemic.

On Sept 28, the eighth session of the Rwanda-China Joint Committee on Economic, Technical and Trade was successfully held under the China-Africa forum.

This session was the first such meeting held under a trade and economic mechanism between China and an African country since the Covid-19 outbreak began.

Meanwhile, in November 2020, Rwanda participated in the Third China International Import Expo (CIIE) and the City of Kigali inked a MoU with Yiwu City of Zhejiang province to enhance cooperation in areas of tourism, trade, science and technology among others.

The China-Africa Economic and Trade Expo has been a key milestone in the framework of the Forum on China-Africa Cooperation (FOCAC).

At the first Expo in 2019, Rwandan companies secured rewarding trade deals, notably in the supply of specialty agricultural commodities to the Chinese market.

This success has served to raise the ambition of Rwanda’s agribusiness sector even higher, with a positive response by Chinese consumers to Rwanda’s high-quality chilli, tea, and coffee among others.

“Products like cars and generators exhibited at the show are suitable for Rwanda’s conditions and meet the needs of Rwanda,” said Wang Jiaxin, economic and commercial counsellor of the Chinese Embassy in Rwanda.

In his remarks at the second China-Africa Economic and Trade Expo in September, President Paul Kagame said Rwanda grants a visa on arrival to all Chinese citizens and extended a sincere invitation to Chinese tourists to visit Rwanda and experience the excitement of unique wildlife and warm African hospitality.