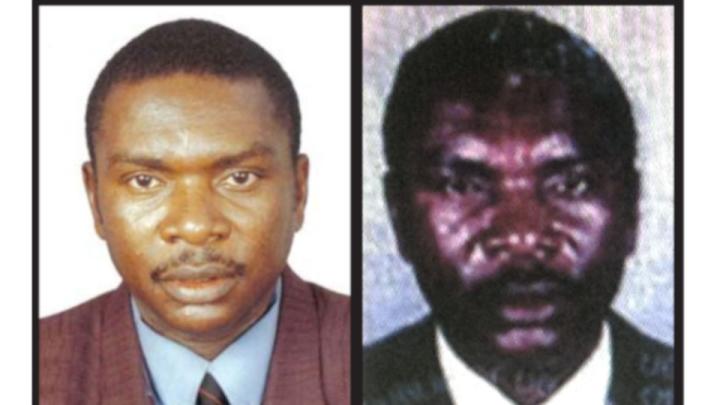 Protais Mpiranya died in October 2006, in Zimbabwe, where he was hiding.

Details of how one of the most wanted Genocide fugitives, Protais Mpiranya, evaded justice till his death have emerged, revealing how he was facilitated by officials and members of the military under the government of former Zimbabwean President, Robert Mugabe, to settle in the Southern African country, where he was able to hide till his death in 2006.

The  Office of the Prosecutor of the United Nations International Residual Mechanism for Criminal Tribunals (IRMCT) on Thursday confirmed the death of Mpiranya, the last of the major fugitives indicted by the International Criminal Tribunal for Rwanda (ICTR) and was consider among the senior masterminds of the 1994 Genocide against the Tutsi.

The 20-year manhunt for one of the world’s most brutal killers has come to a decisive end in an overgrown cemetery outside Harare.

The body of Mpiranya, who was the commander of the elite presidential guard under former President Juvenal Habyarimana, was traced down in a grave in Zimbabwe where he was buried under false names of ‘Sambao Ndume’, after UN investigators identified it with the help of a critical lead found on a confiscated computer: the hand-drawn design for Mpiranya’s tombstone.

Following the confirmation of the death of Mpiranya, who had a $5m reward for whoever that could lead to his arrest, there are now only five outstanding fugitives still on the run under the IRMCT’s jurisdiction.

IRMCT Chief Prosecutor Serge Brammertz said that the conclusion of the investigation into Mpiranya’s whereabouts will bring some closure to victims of the 1994 Genocide against the Tutsi, who would have wished to see him in court answering the charges.

For many years, Zimbabwe was accused of shielding Mpiranya, who is said to have developed close ties with officials and senior military officials under President Mugabe.

“Accounting for the last of the major ICTR fugitives – Protais Mpiranya – is an important step forward in our continued efforts to achieve justice for the victims of the 1994 Genocide against the Tutsi,”

“For the victims of his crimes, Mpiranya was a feared and notorious fugitive, leader of the Presidential Guard during the Genocide and later a top commander in the FDLR. Confirming his death provides the solace of knowing that he cannot cause further harm,” Brammertz said.

Prosecutor Brammertz said that the results of the investigation are also a testament to the United Nations’ relentless pursuit of accountability for those indicted for the most serious crimes.

“Nearly three decades after the Genocide, my Office continues to track fugitives and prosecute our remaining cases, like the trial of Felicien Kabuga, while also giving our support to national prosecutions in Rwanda and elsewhere,”

“I would like to extend our gratitude to partners whose contributions were essential. The Government of Rwanda continues to be among our strongest supporters and played an important role in this investigation. Law enforcement agencies and prosecution services from Belgium, France, Netherlands, Spain, the United Kingdom, the United States, Zimbabwe and elsewhere also provided assistance,” The grave where Protais Mpiranya was found buried in Granville cemetery, outside Harare, under the false name, Sambao Ndume.

“My Office would like to further recognize again the excellent forensic support provided by the Netherlands Forensic Institute, which conducted the DNA analysis of Mpiranya’s remains,” he added.

As Commander of the Presidential Guard, Mpiranya was indicted by the ICTR in 2000, which was made public in 2002. He was charged with eight counts of genocide, complicity in genocide, crimes against humanity and war crimes.

Following a challenging and intensive investigation, the OTP determined that Mpiranya died on 5 October 2006 in Harare, Zimbabwe. Following the publication of the ICTR indictment against him, Mpiranya fled to Zimbabwe in late 2002, where he resided until his death.

Mpiranya’s presence in Zimbabwe, and later the fact of his death, were deliberately concealed by the concerted efforts of his family and associates, including up to the present. A summary of the results of the OTP’s successful investigation, which uncovered many key facts despite difficult circumstances, can be found in the attached annex. The OTP will submit a motion to IRMCT judges in due course to officially close the case against Mpiranya.

Contrary to previous reports that Mpiranya ran successful businesses in Zimbabwe, it has been revealed that the wanted man, who died at the age of 50 on October 05, 2006 due to a heart attack resulting from Tuberculosis, was struggling at the time of his death after his transport businesses ran into losses.

According to the details first published by The Guardian, Mpiranya checked himself into the hospital under false names of ‘Sambao Ndume’ after his condition deteriorated and later he died and was buried under the same names. It is believed that despite the pressure from the international community, some officials continue to protect him and his family.

It is believed that Zimbabwe protected him due to his role in the 2nd Congo war, where he fought alongside Zimbabwean forces and DR Congo government forces. Even after his death, the same officials continued to conceal the details of his presence in Zimbabwe and subsequent death.

It was reported that the breakthrough in the search for Mpiranya came in September 2o21 with the seizure of a computer and other material in a raid in a certain European country which is yet to be named.