Rwanda Gives A Dollar Per Day To Its Poorest

Six years ago, Vincent Kagabo 75, a resident of Pfumbwe sector, Rwamagana district, Eastern Rwanda, could hardly put food on the table for his three children and wife.

Kagabo’s misery was unexplainable. He had no land to grow crops to feed his family.

However, he was not alone.  Other thousands of poor Rwandans were in the same state.

Over 70% of the population engaged in subsistence agriculture.

In 2009, the government introduced a program to feed them. The program, which began in 2009, known as Vision 2020 Umurenge Program (VUP), provides low income poorest families, genocide survivors and women with direct cash for upkeep.

The program is an integrated policy intended to eradicate extreme poverty by the year 2020. Part of the program gives cash to very small start-ups so that beneficiaries can sustain themselves in the future.

Over 1 million Rwandans from 161,8 21 households have been lifted out of poverty through the program.

Today, Kagabo receives Rwf70, 000 allowance every three months or $1 per day as stipend.

Kagabo managed to save a portion of his stipend. Gradually, it accumulated. “I bought two pieces of land and ten goats. I don’t buy food anymore, I get it from my farm,” he told KT Press.

Meanwhile, reidents have been able to channel some of the direct cash into profitable projects animal husbandry.

According to Vincent Munyeshaka, the Permanent Secretary in the Ministry of Local Government, “We target to support more 80,500 people this year.” The number will have hit 242,321 households by the end of the year.

The program has three components; direct support where cash is transferred to the poorest households unable to work, public works where the poor are employed, as well as financial services where residents are trained and given credit to set up profitable businesses.

Jeanne Francoise Nyirangezahayo, 64, from Gisagara District, Southern Rwanda is another beneficiary. Her life has improved and now she is able to make some savings.

The genocide widow has managed to save Rwf1000 ($1.5) into a savings cooperative, and she is planning to invest the funds into a profitable venture.

According to Munyeshyaka, selected sectors that need immediate support receive interest free start up loans, temporary jobs on public works’ sites and the direct cash to fragile residents, all under VUP.

Initially, the program started with a Rwf4 billion (roughly $10 million then) budget, supporting only 30 sectors. 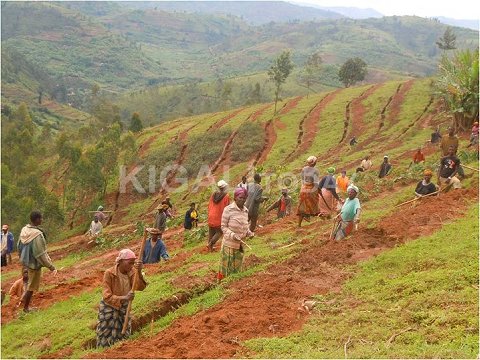 This, is underpinned on the country;s plan to achieve a 6.5% economic growth by the end of the year.

“We intend to achieve this graduation by concentrating on multiple services to one family,” Munyeshaka told KT Press.

“Earlier, VUP was quite helpful but again it took such a long journey to uplift a family from poverty, it was actually one beneficiary,” he explains.

Now, the government has integrated others social services, such as health care, as a package.  “With this kind of strategy, 30 % people will move from lower poverty to level four and above,” he adds.

However, many Rwandans remain mired in poverty despite strong economic growth expected to hit 6.5 percent in 2015 compared with about 6 percent last year.

During the ceremony to sign the agreement with the World Bank, Rwanda’s Finance Minister Claver Gatete said that, “Our target is to make sure that by 2017 that the poverty level is below 20 percent and below 10 percent in 2020.” 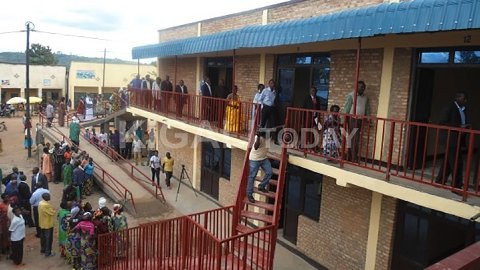 All Genocide Damages Must Be Paid By 2015–Busingye