All Genocide Damages Must Be Paid By 2015–Busingye

The government has announced that by the end of 2015, it will ensure that all Gacaca Reparation cases are concluded and every penny is paid to aggrieved parties. This, Justice Minister Johnson Busingye said this will complete Rwanda’s reconciliation puzzle.

“We hope that every reparation case filed under Gacaca will be concluded before end of 2015,” Busingye told KT Press.

With about 1.2 million cases of looting, Gacaca courts ordered convicts to pay or repair damages which were valued in monetary terms, but some of the convicts were adamant to execute judgments.

In May 2015, the government launched a campaign to encourage convicts to execute judgments.

“In the past we were frustrated that many convicts, even the well-off were not willing to execute reparation judgment,” says Naftali Ahishakiye, Executive Secretary of Ibuka, the umbrella of Genocide Survivors Associations.

The judiciary says that the objective in reparation cases is not to make the convicts pay at any cost. In cases where convicts are financially incapacitated, they are encouraged to apologise and seek forgiveness.

For cases tried in absentia, Justice Minister Busingye told KT Press that Rwanda will sell off properties of  convicts and pay due reparation.

Meanwhile, Ahishakiye told KT Press that, “We are happy the government is now tackling reparation cases as a matter of priority”.

For Busingye, the community has rested many cases, “but it is good to talk about them, so that they can be concluded as we seek reconciliation at climax.”

Gacaca (community courts) was established in 2001 where the community directly tried cases of Genocide.

The 1994 genocide against Tutsi claimed over a million lives, looting, vandalism and displacing several others in a span of hundred days. 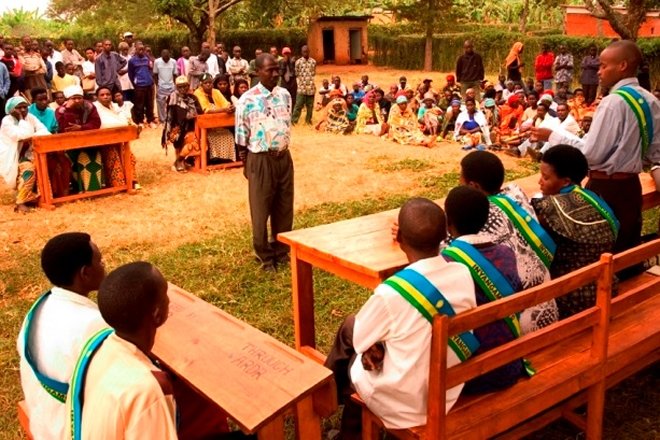 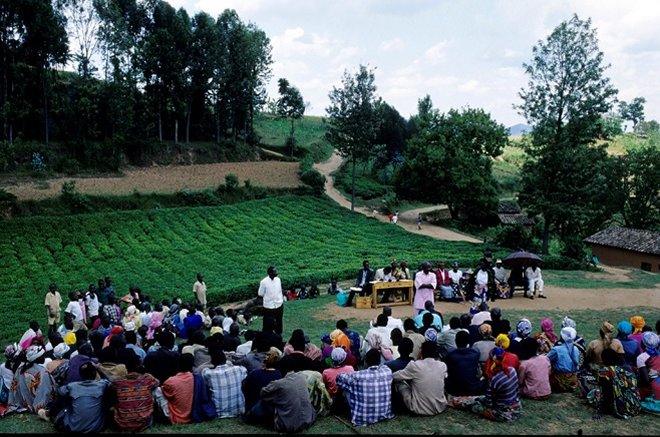 Community members attend a Gacaca court session. The community courts system was established in 2001 to try cases of Genocide.

Rwanda Gives A Dollar Per Day To Its Poorest

Rwanda To Fund 66% Of Its Budget