Seven people have Thursday, died in an accident involving a truck and Bus along the Karongi-Kigali Highway.

Witnesses told KT Press that seven inmates died on spot while several others sustained serious injuries and were rushed to Kibuye hospital, before being airlifted by Rwanda Defence Forces chopper to the capital Kigali.

“They are receiving special treatment at CHUK and King Faisal hospitals in Kigali,” Francine Murerwa, a nurse at Kibuye hospital told KT Press.

According to Kigali Today correspondent at the scene of accident, the truck burnt down immediately.

Police at the scene said the accident was caused by over speeding. 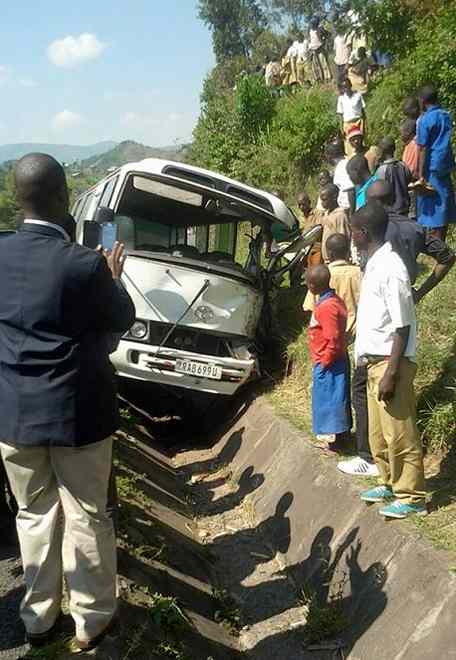