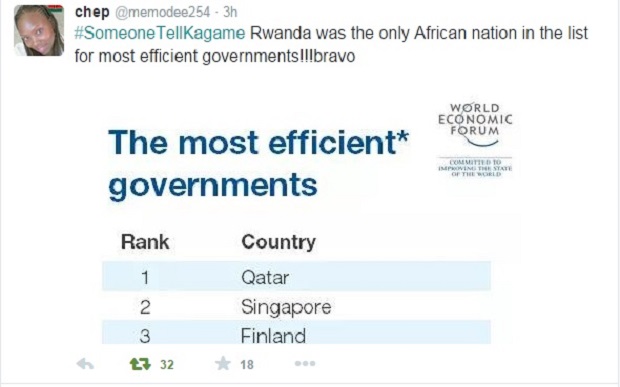 If the results of a Twitter confrontation which erupted early Tuesday are anything to go by, then Rwanda’s president Paul Kagame commands support far beyond his country’s borders.

On Monday evening, Kagame replied to a tweet – an answer which provoked some “Kenyans-on-Twitter” (KoT) to launch hashtag #SomeOneTellKagame which began at around noon (10GMT).

Within minutes, “Rwandans-on-Twitter” (RwoT) were up in arms, trending their own hashtag #SomeOneTellKoT and but also using #SomeOneTellKagame to express their support for their leader Kagame.

The uproar of Rwandans attracted the attention of a cross section of Kenyans who were visibly displeased with the #SomeOneTellKagame “madness”, as one put it. For several hours, Rwandans and their Kenyan supporters outlined the developments President Kagame’s leadership has ushered for Rwanda.

“If you know you are contributing to this #SomeOneTellKagame, tell yourself SSSTTTUUUPPPPIIIIDDDD,” wrote Desmond Mwangi, a Kenyan.

“Kenyans are just jealous of Rwanda. It’s simple as that,” wrote SIRE, another Kenyan.

For some though, the fight was more pointed. There was this: “Before squeaking #someonetellkagame know that Kenya has 40% unemployment and worse 60% Youth unemployment. We live in a semi-failed state.”

For another, they preferred just to send love from Kenya: “The people of Rwanda are among the most hospitable and beautiful in the continent #SomeoneTellKagame … much Love from Kenya”

The campaigns are still ongoing, but the trend has shifted in complete favour of Kagame. It remains to be seen how this RwoT vs KoT spat will end.

Here is just a sample of the tweets: 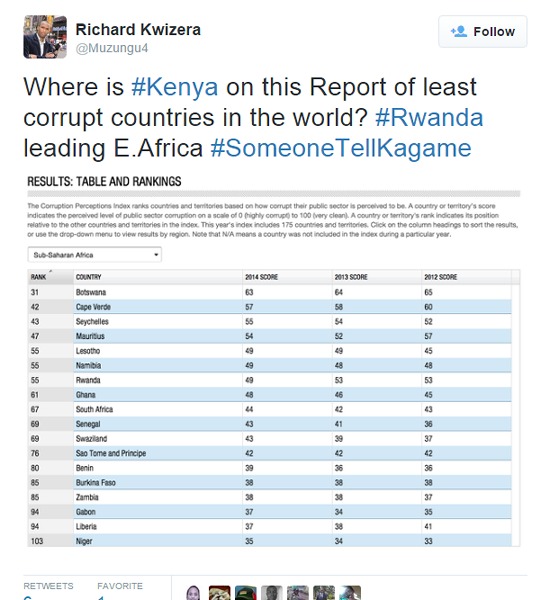 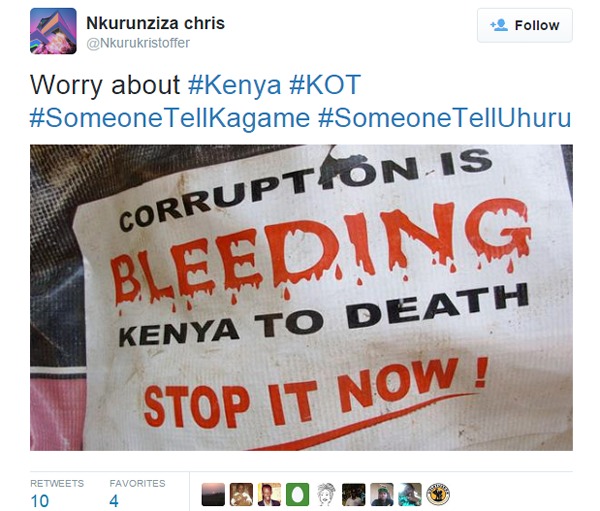 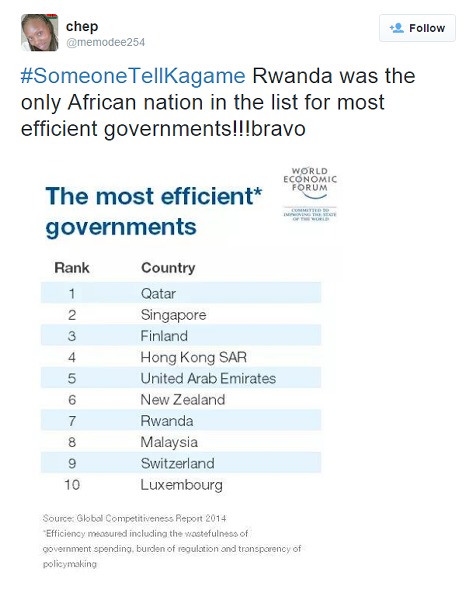 Gen Karake To Be Compensated

Rwanda Moves To Save Franc Against Biting Dollar