US Attorney General, Loretta E. Lynch, who is in Rwanda since Monday, met with President Paul Kagame on Tuesday and held bilateral talks.

Her country has been Rwanda’s strongest ally since 1994 genocide against Tutsi.

The US supports Rwanda’s transformation journey, especially in the areas of security, health services, expanding economic opportunities through agricultural production and food security, among others.

Under security and peacekeeping collaboration, the US trains Rwandan troops serving in different peacekeeping missions through the ‘Africa Contingency Operations Training and Assistance (ACOTA). The latter in return trains other troops from 17 countries.

As the region grapples with insecurities and armed groups especially in neighbouring DR Congo and Burundi, US reserves confidence in Rwanda’s capacity to maintain peacekeeping operations.

Speaking to a UN Security Council debate on regional partnership and its evolution in UN peacekeeping in July last year, US ambassador to the UN, Samantha Power, who also accompanied Madam Lynch, said that Rwanda “knows what it takes to protect civilians.”

Through other partnerships in development, the US Department for International Development (USAID) has provided Rwf855 million ($1.2 million) for dairy value chain to improve the quality of milk production in the country.

Meanwhile, U.S. companies have turned focus to Rwanda green investment opportunities especially in coffee, tea, energy and mining, among others. 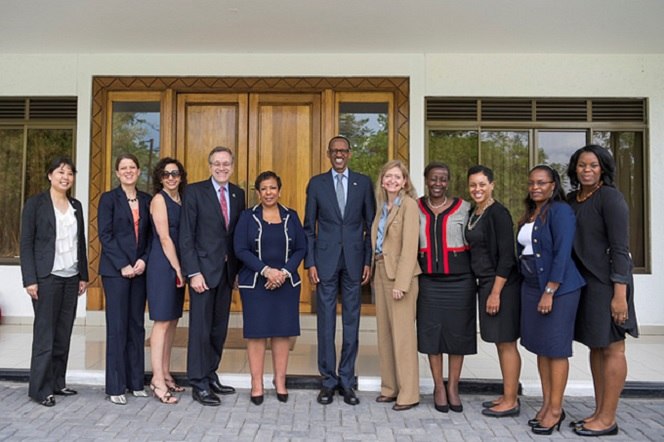