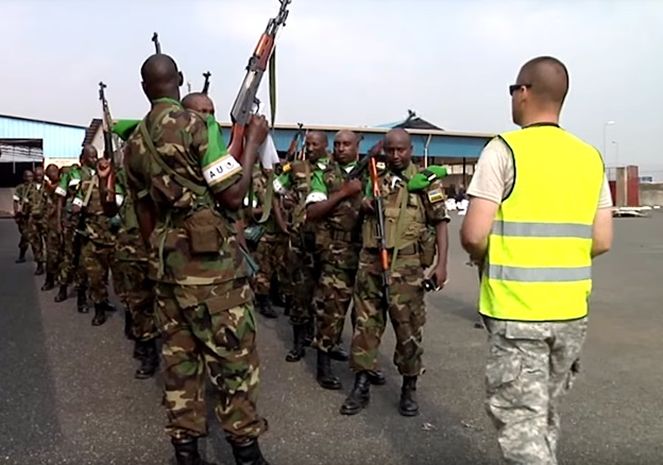 Rwanda has attracted various schools of thought at the ongoing Universal Periodic Review (UPR) cycle in Geneva, Switzerland, as the country presented its second national report on Human Rights.

Some countries are in support of Rwanda and expressed great admiration for its growth record, while others spent much of their time wagging a finger accusing the country of human rights violations.

France jumped in immediately, saying Rwanda must “investigate” and “punish” security forces involved in human rights abuses. But China reacted in defense of Rwanda, saying, it is impressed by Rwanda and has many lessons to learn especially dealing with human rights.

The heated debate triggered discussions around the world. Before Justice Minister defended Rwanda, supporters of Rwanda questioned France’s moral authority to accuse a country it bares accomplice to the genocide against the Tutsi.

France was instead asked to investigate rape and children molestation cases committed by its soldiers in Central Africa Republic before pointing a finger at others.

This is the 23rd session of the UPR that started on November 2, 2015. The states reviewed include; Rwanda, Australia, Austria, Georgia, Lebanon, Mauritania, Micronesia (Federated States of), Myanmar, Nauru, Nepal, Oman, Saint Kitts and Nevis, Saint Lucia and Sao Tome and Principe.

Minister Busingye went on to present Rwanda’s case and pointed out how most of the concerns raised ignored Rwanda’s historical past which guides the country’s context.

“We have had a history with the media. We don’t sweep it under carpets and just continue…in 1994 two newspapers and two radio stations participated in genocide using their platforms as a form of media freedoms and expressions. We continue to be cautious because the line can be crossed easily,” Busingye said.

As the contrasting reviews continued, Germany turned the tables, praising Rwanda for its development journey especially its fulfillment of nearly all the Millennium Development Goals.

In regard to this review of the human rights records of all  UN Member States, Rwanda has since 2011 been implementing several reforms in various sectors including; health, justice, education, strengthening civil society, media and political freedoms.

Busingye said that Rwanda is among only 11 African countries which have access to information law.

The sector has improved; capacity and efficiency, as an industry and its interactive relationship between media and policy makers. “Self regulatory mechanism is vibrant with only 10% of complaints from media against public offices,” Prof Shyaka said.

Busingye however said that Rwanda is not naïve. “It’s difficult for us to support a judicial organ whose practices are hard to explain, we encourage the International criminal court to be [blinder] to colour blind and region.”

Rwanda however, did not present its human rights action plan as was expected. Busingye said “it was supposed to be published before this UPR, but we will have it before the end of year”.

But before the session ended, Haiti, a country where Rwanda has deployed thousands of peacekeeping troops to help bring back stability, shocked participants, accusing Rwanda of discriminating a minority ethnic group of the Batwa

Busingye explained that, in Rwanda nationality is more important than the ethnic or racial value. “In 1994 these narrow ethnic thinking caused us a million lives.”

Meanwhile, several countries commended Rwanda for the reforms and others urged the country to fix some of its challenges.

For example Sweden asked Rwanda to put in place programs for women to access ‘safe abortion’, which is currently a crime in Rwanda.

Uganda, which is Rwanda’s neighbour and an ally, requested the country to put in place support programs for ‘victims of trafficking’ and have a clear definition of child labour.

Rwanda which has emerged from a dark past has been hailed for its peace and stability and is a key player in promoting regional peace.

South Sudan noted that despite Rwanda’s small size, the country is hosting many refugees from different countries including S-Sudan.

The UK said it welcomes Rwanda’s role in fostering regional peace and stability.

The Vatican took participants by surprise. Ironically, despite its notorious role in the genocide, which it has never tendered any apology, the Catholic Church wants Rwanda to “intensify efforts for national reconciliation”. 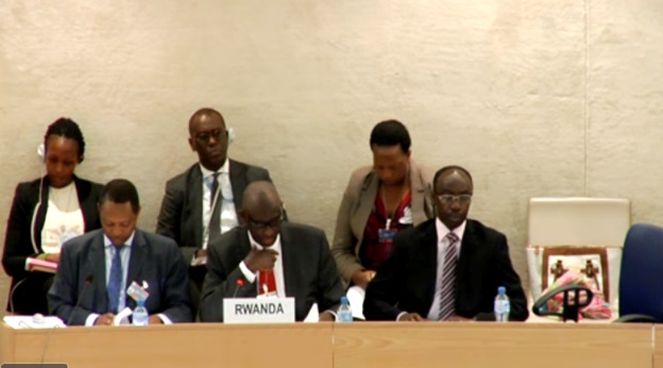 Kagame In Tanzania For Magufuli Ceremony