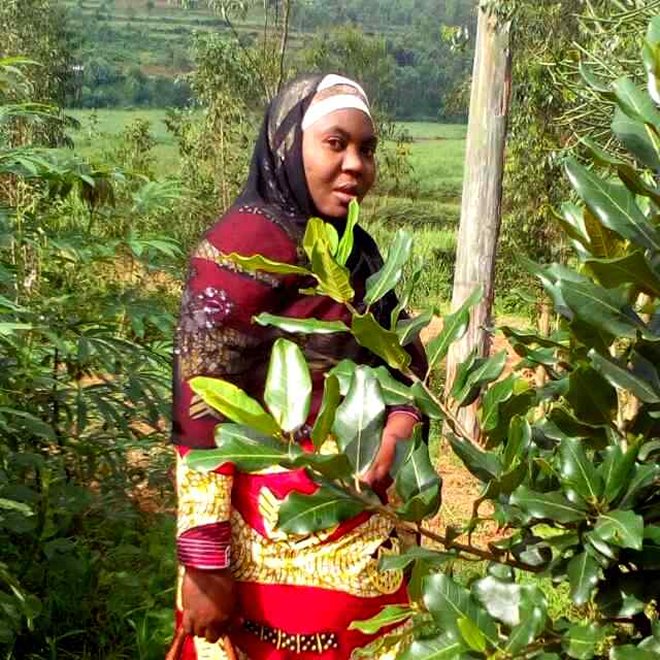 Muhoza Goreti, 34, prefers to be dead whenever she recollects about her disturbing childhood.

During the 1994 genocide against Tutsi, Muhoza was just 12 years when her father and her five brothers were killed in the early days of the genocide.

Muhoza  and her family lived in Gisenyi, now Rubavu District, and later shifted to Gitarama where many Tutsi had sought refuge.

She remembers Interahamwe always came to their hiding place late at night and selected girls and women to rape.

“I knew the two men who took me. Kalisa and Rukarabankaba Alexandra…” she says. As the men led her for rape, they were confronted by other men who demanded they wanted to rape her too.

The men divided themselves into two groups and then, “They competed for me,” Muhoza says. “They played cards so that the winner rapes me first.”

“It was June 2, 1994 when they raped me,” she recalls and explains how she became unconscious after the 15th man. What happened thereafter, “I don’t remember.”

Sadly, she was infected with HIV. Out of this rape, Muhoza also gave birth to a baby boy who has constantly been a reminder of the painful past.

At first, she considered an abortion due to family pressure, but later she chose to have the child. Her mother could not deal with her daughter’s tragic life of a teen-mother with HIV.

The following year, barely 14, her mother forced her to marry a Congolese man in his 60s with whom she had a second child.

The husband mistreated her and the forced marriage did not last long.

Muhoza escaped and returned to Rwanda in 1996 to begin a new life. Uneducated and desperate, Muhoza’s life w defined by despair and hopelessness.

She took the children to the grandmother and went to Kigali city to find a job so she could feed her children.

She found one for the housemaid. While there, Muhoza found a young man, who also worked as a house boy.

The two became friends. It wasn’t long before they fell in love, but she never told him she was HIV positive until he impregnated her.

“I had an evil mind,” she says. Muhoza had not yet accepted to live with her tragic past. She harboured resentment all the time. “I wanted to infect every man with HIV.”

Muhoza’s lover listened her story. He chose to forgive her and their love grew even stronger.

Now Muhoza had a third child- a baby girl. “He cared so much about me, and at times he would take me out for a date, shared drinks …and our love grew stronger day by day,” she says.

After having the third baby, she went back to live with her mother and the children. Fortunately the children were born HIV negative.

Where is our father?

Her lover continued supporting her. But her two children kept asking why she constantly took medication. And they also kept asking about where was their father.

Muhoza managed to conceal the story until 2014 when she couldn’t deal with it anymore. After undergoing counseling sessions, she broke the story to her children.

“You’re all my children despite the circumstances, let’s strive for a brighter future,” she recalls her last words after the dialogue with the children.

Her first born is in form five in a technical college studying construction. The second born is in college in form two while the last born is completing her primary six this year.

Although life hasn’t been easy to this mother of three, she has managed to move on and shaped her new life.

The two lovers plan to elope before the end of this year.

She is a known supplier of onions and sweet potatoes in the nearby market. On a good day she can make Rwf50,000.

Meanwhile, her fiancée, now a truck driver, is excited and cannot wait to finally marry his longtime lover Muhoza.

“I have always desired to be a good mother and a good wife and it’s never too late, with Muhire I can still achieve my dream,” Muhoza says, with a frank and glowing smile.