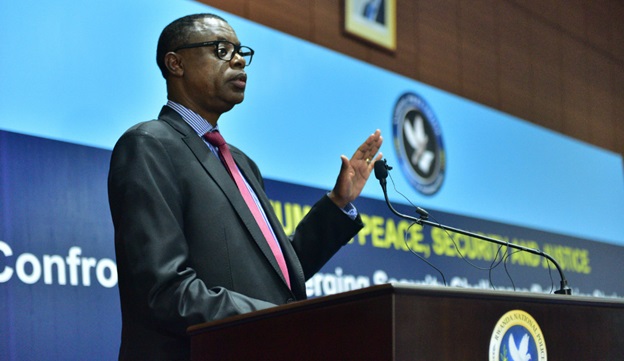 Rwanda has condemned foreign interference in Africa’s security matters which is seen as aimed at exploiting the continent.

This declaration was made Thursday during a Senior Command and Staff Course Symposium on Peace, Security and Justice.

“Foreign Interference in Africa is much easier than before simply because Africans handed themselves in for exploitation,” Gen. James Kabarebe, Rwanda’s Minister of Defense said.

The General said as globalization is getting more sophisticated compared to colonialism, foreign interference is also adjusting accordingly. He said for example, “foreign accusations against Rwanda are there to advance the interests of the West.”

Rwanda previously faced similar accusation from Democratic Republic of Congo(DRC), that it was arming the Movement of March 23rd(M23) that rebelled against the Kinshasa regime and only retreated after capturing Goma, the Capital of Northern Kivu.

Some Western countries and the United States of America resolved to cut aid to Rwanda to force the country to accept a fabricated allegation, but they reversed their decision a year later after Rwanda took resilience measures.

Part of the response was creation of Agaciro Development Fund where every Rwandan willingly contributed. The fund has risen to Rwf 31.2 billion since 2012.

“During the Post Genocide situation, Rwanda has confronted many challenges and learned to say no where it is due,” said Kabarebe.

In the post Genocide era, Rwanda has ensured security on its territory and exported peace to other African countries in trouble.

He commended Rwanda for contributing over 6100 peace keepers through UN system making it the 5th largest peacekeeping nation.

Rwanda has initiated the Kigali Principles on civilian protection where countries that contribute forces and funds to the UN committed to revolutionize peace keeping operations in the benefit of civilians.

More than 25 countries including US have endorsed these principles.

According to Sheikh Mussa Fazili Harelimana, Minister of Internal Security, “The security dynamics in the region are characterized by emerging threats which require national and regional confrontation.”

To face such security threats, “The speed at which our region responds to terror networks must be rapid through successful joint operations and information sharing,” according to Colonel Francis Mutiganda, the Director General of External Security.

“Africans must have the culture of solving African security problems through cooperation and sharing information on threats,” said Inspector General of Police, Emmanuel Gasana.

With a similar belief, Louise Mushikiwabo, Rwanda’s Minister of Foreign Affairs said, “Peace and security dynamics are growing into a complex matter that we have to confront.”

Graduating officers come from ten African countries including; the 6 countries of East African community, Gambia, Namibia, Zambia and Ethiopia. At the symposium they are grasping issues around peace and security in the new dynamic Era.

Panel discussion during the symposium 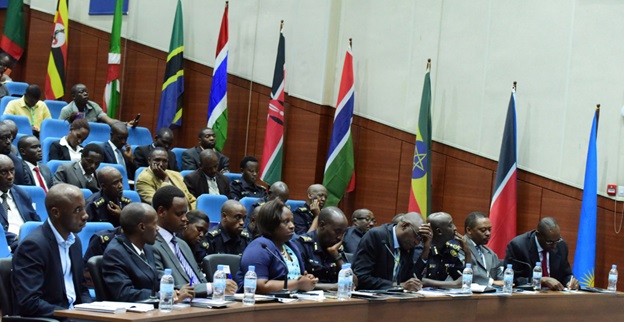 Participants at the symposium