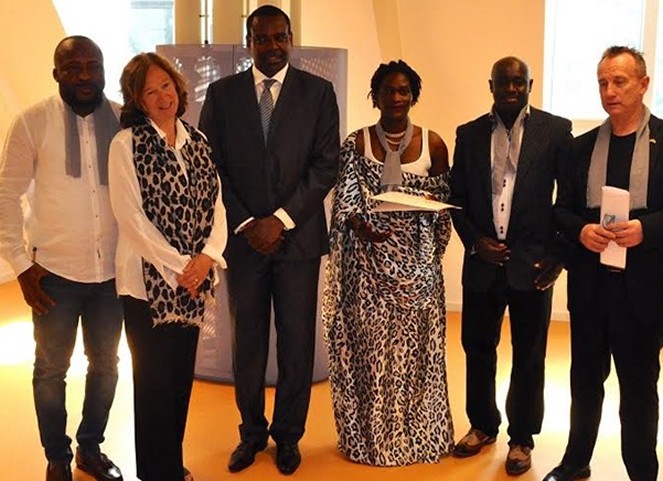 Rwandans in cooperation with the International Institute of Social Studies in The Hague organized the 22nd commemoration of the 1994 Genocide against the Tutsi.

Organised under the theme ‘Fighting Genocide Denial”, the event was attended by more than 100 participants including; students, professors, teachers, friends of Rwanda, Rwandan nationals living in the Netherlands and many others.

Jean Pierre Karabaranga, Rwanda’s envoy to The Netherlands told participants that every year, Rwandans recognise the bravery of RPF’s men and women for stopping the genocide and liberating the country.

Over a million lives were lost during the 1994 genocide against Tutsi.

“They are our heroes and the next generation have to take example to them,” Ambassador Karabaranga said on this day of remembrance, “we thank them for their sacrifices and bravery during that horrible period..”

However, 22 years after the genocide, there are more incidences of genocide denial, revisionism and negation.

Dr. Helen Hintjens told participants that;  “Genocide denial is a crime in many parts of the world, and rightly so. Lesser forms of denial, of atrocities and suffering short of genocide, also block the path to future peace.”

Hintjens is specialist in post-genocide politics of peaceful change and refugee issues in the African Great Lakes region and Rwanda in particular.

Professor Inge Hutter, the Rector of the Institute of Social Studies of Erasmus University said that in order to remember, to unite and to renew, it is in all matters crucial to make a connection to the other.

In his remarks, Guy Beaujot, a friend of Rwanda, called on every one for “Rwanda Never Again” towards “Fighting Genocide Ideology”.

“We invite students, professors, teachers, Friends of Rwanda, Rwandans and the international community to take concrete measures to fight genocide ideology and denial that has been going on for 21 years in some parts of this world.”

The event was organised in collaboration with the International Institute of Social Studies (ISS) of Erasmus University, Scholars, and the Embassy of the Republic of Rwanda in the Netherlands.

Organisers agreed that the commemoration will always be held every annually to remember the innocent lives lost, and show solidarity with survivors and reflect on lessons learned, for looking forward.

The world is also celebrating the 71st anniversary of the United Nations charter, in which 194 members pledged “never again” and have committed to establish conditions under which justice and respect for obligations arising from and other sources of international law can be maintained. 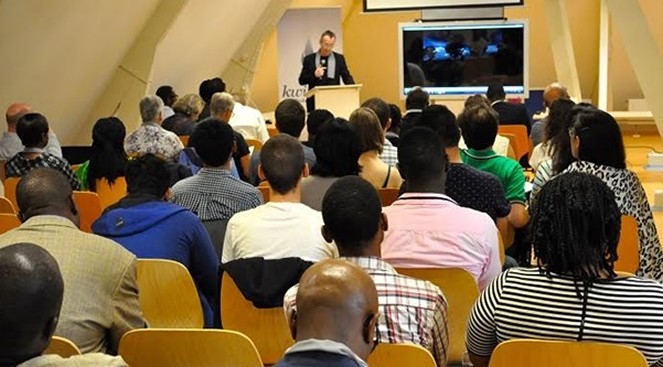 Participants at the commemoration of genocide against Tutsi