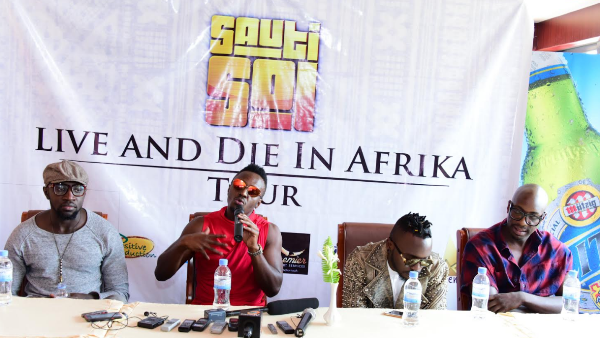 The long wait is over, Sauti Sol enthusiasts will this weekend experience a thrilling live performance for the second time in Rwanda.

The four-member Kenya based band last year rose to fame when it performed for US president Barak Obama during his visit to Kenya. They are in the country on invitation by Rock Event Company .

“We had extended discussions with the sponsors which led to the delay of  the concert, but so far everything now is good and we can’t finally wait to see Kigali people dance with Sauti Sol as they expected,” he said.

The band comprises of Bien-Aime Baraza, Willis Austin Chimano, Polycarp Otieno and Savara Mudigi started as an acapella group back in their high school.

In 2005 when this foursome mixed their soulful voices with vocal harmonies, guitar riffs and drum rhythm they formed a band and named it Sauti Sol.

Since then, they have managed to win people’s hearts by their songs that always cheer up many.

Sauti Sol’s recognition continued to rise in 2012, as they won the Most Gifted East African award at the 2012 Channel O Music Video Awards for their song “Shukuru” with Tanzanian rapper A.Y

The band is currently on a world tour promoting their ‘Live and Die in Afrika’ album, they have so far performed in; South Africa, Mozambique Swaziland Uganda and now in Rwanda.

They last performed in Rwanda in 2015 during the KigaliUp festival. 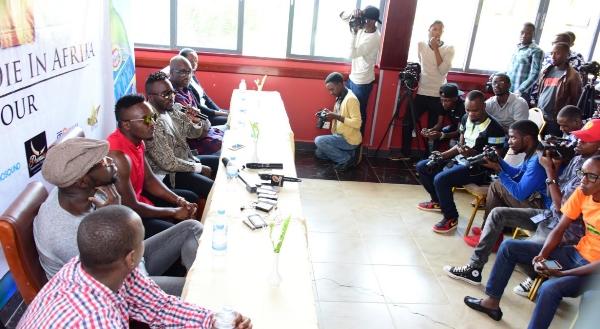 Sauti Sol will perform on Saturday at Gikondo Expo Grounds