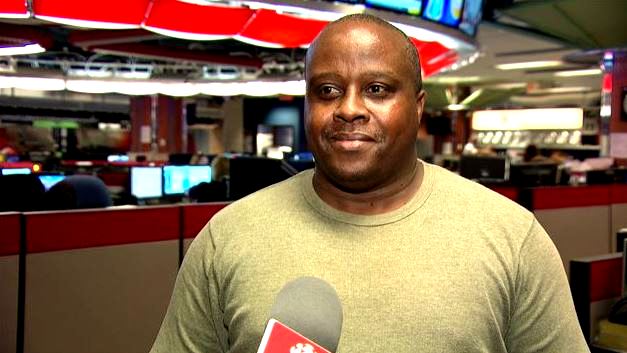 Canadian immigration officials have handed to Rwanda a major genocide fugitive also linked to the inner circle ‘Akazu’ of the previous regime.

For 22years, Jean Claude Seyoboka 50, a former 2nd Lieutenant had eluded Justice after fleeing Rwanda where he participated in the 1994 genocide against Tutsi which claimed a million lives.

Seyoboka is the second genocide suspect to be deported by Canada. He was found guilty of lying to Canadian immigration while applying for asylum after fleeing his homeland.

The son-in-law of Col. Elie Sagatwa who died on the plane with ex-president Juvenal Habyarimana on April 06, 1994, Seyoboka was popularly known as “Zaire”.

He was common within the elite community of the pre-genocide era with his father-in-law, Col. Sagatwa, a relative of former First Lady Agathe Kanziga Habyarimana.

In 2007 he was charged and sentenced in absentia to 19 years in jail by the local Gacaca jurisdiction in Rugenge neighborhood, Nyarugenge district – Kigali for planning and supervising the killing of at least 72 Tutsi.

He partnered with Col. Tharcisse Renzaho the then mayor of Kigali City, Lieutenant Colonel Ephrem Setako, head of the division of legal affairs in the Ministry of Defence in 1994 and Odette Nyirabagenzi, then counselor of Rugenge sector.

Rwanda, through the National Public Prosecution Authority issued an international arrest warrant and extradition request against Seyoboka in 2016.

“The request sparked curiosity and interest in the status of the suspect leading to an immediate investigation into his former status in Rwanda”, reads part of a statement that is signed by Faustin Nkusi, the prosecution spokesperson.

“We are very impressed with the way the Canadian judicial system follows up this case. He will get a fair trial and will be accorded all his legal rights,” Nkusi said.

Rwanda Prosecution says that Seyoboka didn’t tell the Canadian immigration about his life as a soldier. When Rwanda requested for his deportation to serve the Gacaca sentence back home, the Canadian investigation discovered that he had lied and this resulted into revocation of his refugee status.

According to Nkusi, back home, Seyoboka has no chance to have his lost trial in Gacaca revisited.

The review of his Gacaca case would only work if he had no deportation case with Canadian migration and had responded to Rwanda’s arrest warrant.

That could have given him a choice of voluntarily returning to Rwanda, and to get two months period to prepare to appeal against the Gacaca verdict.

Having been deported, said Nkusi, means that Gacaca sentence is nullified and he will be retried afresh by a competent court, as a genocide suspect.

This is provided by Organic Law no.04/2012 of June 2012 terminating Gacaca courts and mechanism for solving issues under the jurisdiction.

“We seize this opportunity to thank and appreciate the Canadian authorities for the deportation and continued cooperation in mutual legal assistance and making an effective contribution to global efforts to eliminate impunity,” Nkusi said.

Seyoboka joins Dr. Leon Mugesera- who was also extradited in 2012, and has since been sentenced to life in prison over the 1994 Genocide crimes. 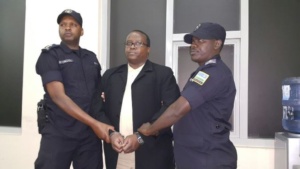 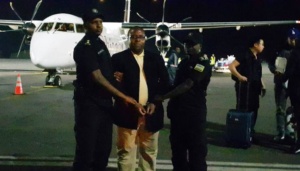