2016 – Thousands of Kids Out of School, Hundreds of Officials in Trouble 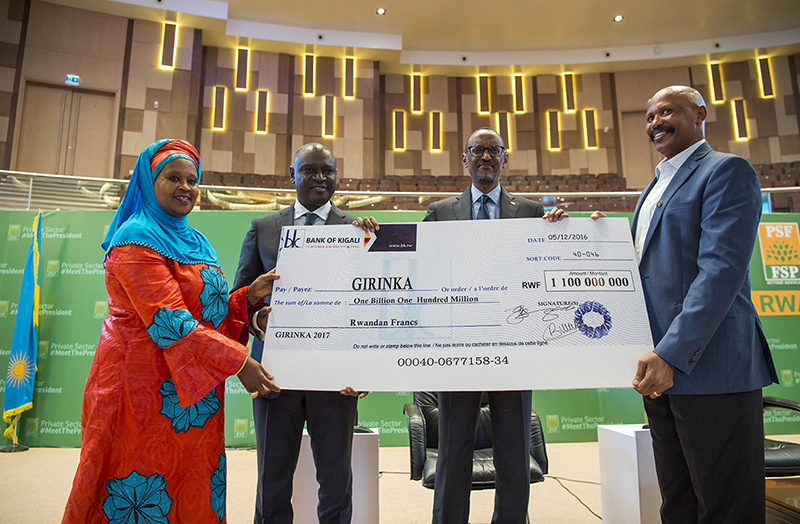 On December 5, members of the Private Sector body, while meeting President Kagame, announced a historical pledge by offering 4000 cows to needy Rwandans as part of supporting the ‘One-Cow-Per-Household’ programme commonly known as Girinka.

The 4000 cows were pledged through Rwf1.1 billion ($1.4 Million) cheque. Rwanda government targets to give 350,000 cows to need communities by next year. Apart from PSF offer, 250,000 cows have been distributed to poor communities under President Kagame’s initiative that started way back in 2006.

100s of officials in trouble

The government continues to investigate on the implication of many local leaders in the mismanagement of social protection programmes such as Vision2020 Umurenge Programme (VUP), Girinka and Ubudehe that are reserved for vulnerable families’ assistance. In 2016, nearly every cell across the country was checked – with thousands of local leaders arrested or relieved of their posts on suspicion of mismanaging funds and other benefits under these programme.

For instance, more than 400 local leaders have been affected across the country since August 2016.

Since November 2016, Babies born to civil servants and any other employee under pension started enjoying presence of their mothers for an uninterrupted three months, after the law that was published in March came into force after a ministerial order of October 2016 provided for modalities of registration and disbursement of maternity leave benefits.

With the new law, every month, any employer from either private or public institution will contribute 0.3% of every employee’s net salary. Every employee will also give 0.3% from his/her net salary.

The year 2016 marked an end to children’s right to their parents’ properties. From November, a new law Nº32/2016 of 28/08/2016 gives parents legal rights to their properties, and cannot be taken to court by their children over failure to give part of their properties as inheritance. This is in contrast to the old Rwanda family law that was vice versa.

For some teenagers, all wasn’t fine throughout the year. Low enforcing bodies have been cracking down on people involved in child trafficking. A case was in the last 6 months where 3 babies disappeared in unintended ways but later retained to their parents following intense Police crackdown.

While government is concerned about incidences of school dropouts across the country, cases of children leaving school to work in tea plantation and farms increased, despite a drop from 10 per cent in 2011 to 5 percent this year.

In April this year, President Kagame directed that every Rwandan child should go to school for the country to prosper. The President warned that there will be consequences to those who do not protect children rights.

Following the President’s direction, Eastern Province announced that more than 24, 092 children who had dropped out of school were taken back and resumed studies. Elsewhere in Ngororero district, a survey conducted by members of Parliament in Ngororero district in Western province found that out of 7395 children who were enrolled in June this year, 2992 had dropped out of school. 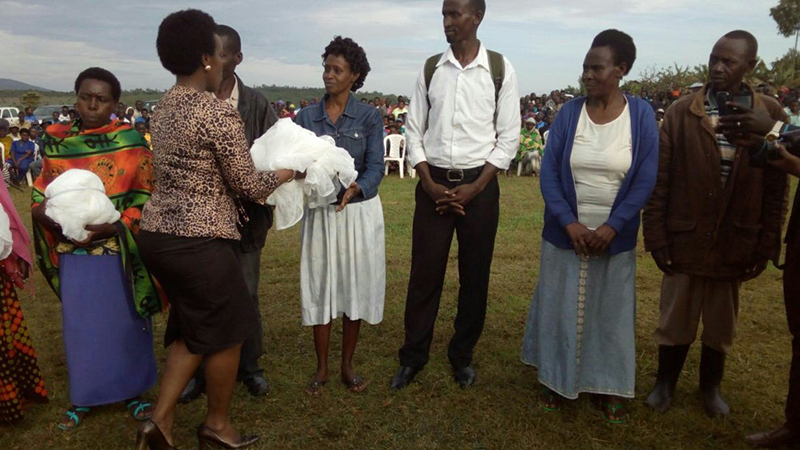 Rwanda’s education sector not only registered progress this year, but also experienced repercussions. For instance, in May this year, Auditor general Obadiah Biraro told parliament while presenting the 2015 report that if nothing is done, the One Laptop per Child (OLPC) program will fail achieving its targets after it started 10 years back with Rwf6 billion.

2016 ends with good news to 4.5 million Rwandans who will no longer pay for Malaria treatment.

In its one of the resolutions, a cabinet meeting chaired by President Kagame in November this year announced that Rwandans from the first and second categories of Ubudehe (one of homegrown solutions that enable Rwandans solve problems through mutual support) will receive malaria treatment for free after being examined and diagnosed.

Meanwhile, under reforms in the health sector that marked 2016, RAMA/RSSB beneficiaries will see an increment of 25 per cent on current tariff while those covered by MMI and other private health insurances will pay an extra 15 per cent, however those under the community health insurance Mutuelle de Santé, remain intact.

In May, three members Inkeragutabara were sentenced to 10 years in prison after beating to death Théodosie Mahoro a street vendor in Nyabugogo bus station, trying to seize her goods.

Early in September, the City of Kigali opened a new market at Nyabugogo bus station that provides former street vendors with a fixed place to sell their goods, free of taxes for one year.

In October same year, the City of Kigali told KT press that 12 new markets have been constructed across Kigali and more than 5000 former street vendors have been accommodated in such markets. 5 are in Nyarugenge and 7 in Gasabo.

In June this year, Ekocenter, a community market that provides basic needs to the people was officially launched by the Chairman and CEO of Coca-Cola Muhtar Kent and President Kagame in Ruhunda sector Rwamagana district. Te center have been operating since 2014. 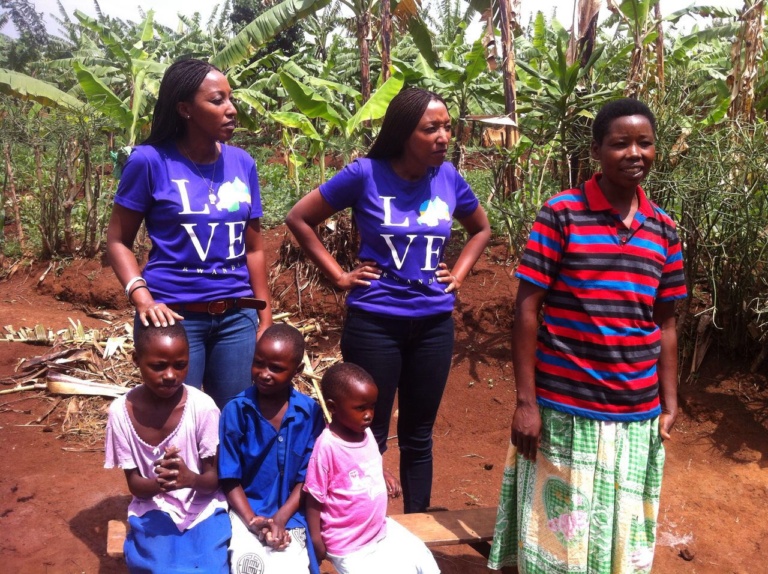 In November, two female Rwandan twins- Jocelyne Alexandre and Josephine Murphy from Canada visited Rwanda in the framework of realizing their project which focused on building houses home to Rwandan orphans with initial capital $80 000. Their target is to build 10 houses with a vocational school to support government policy of self-sufficiency and job creation.

On December 13, Rwanda Utilities Regulatory Authority (RURA) approved new electricity and rural water tariffs. The new tariffs which will begin in January next year, will see low income households (those consuming between 0 and 15 kWh) charged Rwf83/kWh, representing a decrease of 51%.

Industrial customers will enjoy a decrease of 28-34 per cent depending on industry category (large, medium or small). Large industries will be charged of Frw83/kWh, Frw90/kWh for medium industries and Rwf126/kWh for Small industries.

The year 2016, left behind 100 of conductors jobless as Kigali public transport went cashless. According to statistics from Rwanda Utilities Regulatory Agency (RURA), more than 3300 vehicles operating in public transport across the country, owned by 41 companies are licensed to provide public transport.