2016 – A Revolutionary Year in the Energy Sector

The year 2016 was ground breaking for Rwanda’s energy sector. KT Press reviews major deals that shaped the year to enable Rwanda to glimpse into producing 563MW of electricity by 2018 from the current less than 200MW. 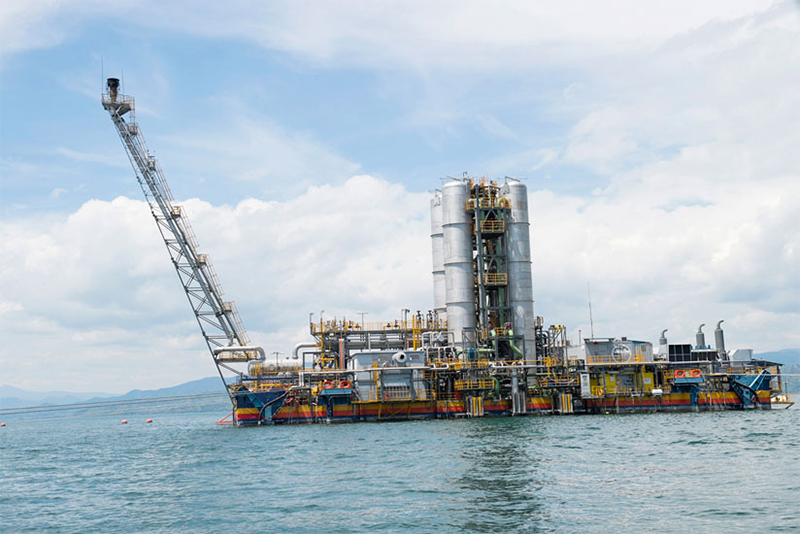 Scientists claimed that it was ‘very dangerous’ to extract the gas considering the kind of technology at hand in 2009, when Rwanda ventured into the project.

This had never been tried anywhere but after years of scientific research and on-site testing, Rwanda is now able to extract methane gas from the Lake and so far generating 26 MW of electricity.

In May this year, President Paul Kagame drove to the plant in Bwishyura sector, Karongi district to officially switch on the world’s only gas water extraction plant- KivuWatt Power.

“Many people thought it was impossible to be successful with this but we are happy today that things have proved to be different,” Kagame said.

Shortly after unveiling Methane Gas project, Rwanda embarked on scaling up efforts to exploit the vast peat reserves to meet its energy demands.

According to a survey conducted by US firm Ekono Inc, Rwanda has an estimated reserve of 155 million tons of dry peat spread over an area of about 50,000 hectares.

By 2017, Rwanda plans to develop its peat resources to generate about 200 MW of peat power. Government injected $400 million into extraction 80MW of peat energy from Akanyaru valley in Gisagara district, Southern Rwanda.

The new peat-to-power project run by Turkey-based Hakan – an Independent Power Producer, will together with Gishoma power project in Rusizi district, Western Rwanda, supply 95MW of peat energy to the national grid.

The Gisagara-based peat project, Akanyaru valley, has peat that would serve the plant for 26 years, according to Eng. Gaspard Nkurikiyumukiza.

Rwanda wants to cut down dependence on hydro-power by 55% next year and 50% in the next 4 years. In November this year, two Chinese firms and an Austrian engineering company signed a deal with Rusumo Power Company, paving way for construction of the $340 million power generation facility starting early 2017.

The three firms were selected to build the 80MW Rusumo hydro – power station that is being jointly developed by Rwanda, Tanzania and Burundi where each of the three countries will receive 26.6MW of power.

According to officials at Rwanda Energy Group (REG), China Geo-Engineering Corporation, Jianxi Water and Hydro Construction Ltd and Austria’s Andritz Hydro will carry out civil, electronic and mechanical works on the power plant.

The European Union (EU) and Rwanda, in May, signed a financing agreement worth €177 million (Frw157 Billion) to support the energy sector in the next five years. The funds will enable Rwanda improve electricity supply, transmission and distribution, energy sector management, increase citizen’s access to electricity and alternative energy-solar and biomass.

The grant is part of a larger €460 million the EU agreed to provide in 2015 in form of budget support to Rwanda.

Rwanda Utilities Regulatory Authority (RURA) in December approved new tariffs that are friendly to both the individual consumers and industries especially when you consume less and vice versa.

This represents a decrease of 28-34 per cent depending on industry category but with incentives for industrial consumer during off-peak hours (11:00PM – 08:00AM).