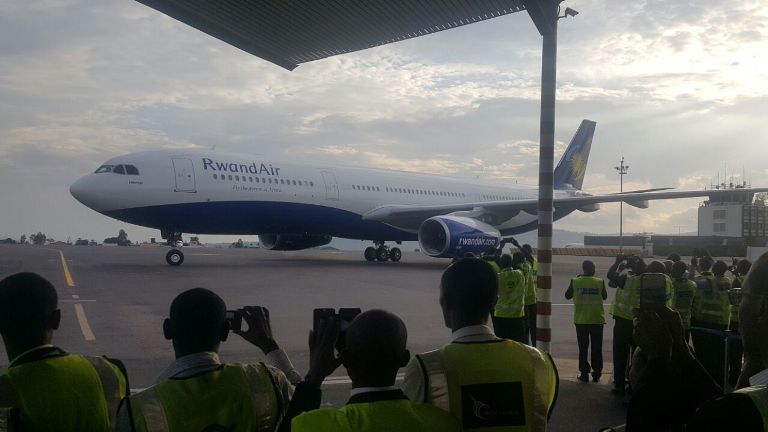 Aircraft A330-300 is bigger than anything RwandAir has ever owned

Rwanda National carrier, RwandAir has acquired its 11th aircraft, Airbus 330-300, the biggest ever among its fleet that comes to achieve company’s target to expand its flights across Africa, Asia, Europe and United States.

A330-300 “Umurage” with capacity of 274 seats  is country’s second Airbus to be acquired in a series of three large aircrafts, the first being Ubumwe A330-200 that was acquired in September this year with a capacity of 244 seats.

One more is expected in May 2017, to grow the carrier’s flights more and more.

Before the last in this series is brought however, the new Airbus will have allowed RwandAir to add nine more destinations; in The United States, London and Mumbai and six more cities on African continent like Harrare, Conakry and Bamako earlier 2017.

In a ceremony to receive the aircraft today, John Mirenge, the CEO of RwandAir said the company is proud of this landmark achievement where the carrier doubled seat capacity in just three months.

He said “The Aircraft A330-300 is bigger than anything that we have ever owned. The last time you remember we thought that Ubumwe was bigger. But I think you agree with me that this is much bigger and indeed more beautiful.”

Mirenge was excited with the beautiful seats and other amenities in the aircraft which is configured around three spaces including; RwandAir Premium, Business class and Economic class and enabled with Wi-Fi.

“We are proud to say we are operating 11 new aircraft and this number will grow to 12 in just 5 months from now. This gives us the capacity we need and the ability to extend our network further into the continent and beyond the continent,” he said.

The aircraft cargo capacity is 132 cubic meters, which, Mirenge said, is leading the country to its targets in air transport.

“We can carry as much as there is for our export and import market so the capacity that has always been lacking is with us today,” he said.

Rwandan biggest Airbus comes at a time RwandAir has upgraded its services to fit into the digital era.

Currently, said Mirenge, online check in has started in several stations and online booking was enabled.

Mirenge said, they are now working with the best inflight duty free distributors.

James Musoni, Minister of Infrastructure said “The entire country is celebrating an important milestone; the delivery of this new brand Airbus A330-300. Umurage means heritage, and it is the heritage for all of us.”

Musoni said, the aviation connects people, countries and cultures and provides access to global markets and both tourism and service industry.

“We just completed Convention Center and so many other good facilities that support this tourism industry but also you are aware that we are putting up a new facility to accommodate more aircraft; a new airport, which will provide solution of space,” he said.

In September this year, Rwanda contracted Mota-Engil, Engenharia e Construção África, S.A, a Portuguese company to build Bugesera International Airport in the eastern province at a tune of $818 million.

The airport will have a capacity to receive 4.5 million passengers every year upon completion of its two phases.

“I can confirm that work has started and we will have the airport operational since 2018,” Musoni said while calling upon the Rwanda business community to make good use of the facilities the air industry is bring to Rwanda.

Mr. Marino Modena, the RwandAir’s Sales Director for Sub Saharan Africa who was on board of the aircraft from Toulouse said,”Rwanda and RwandAir are a great example of what can be achieved with Discipline, Enthusiasm and vision.” 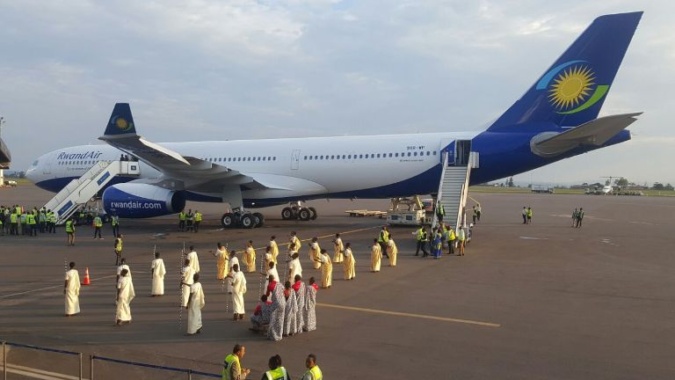 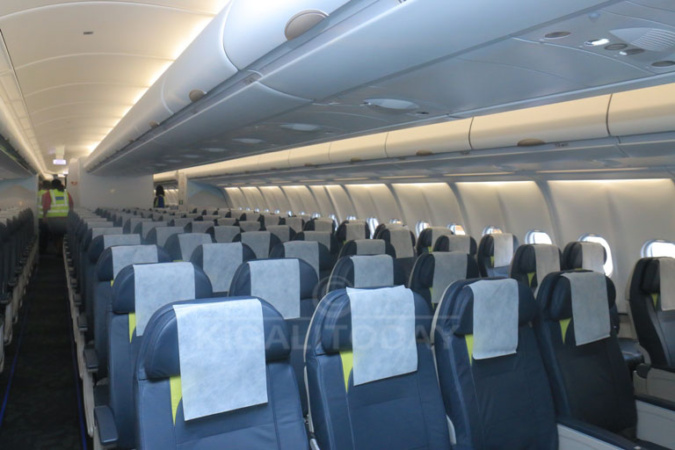 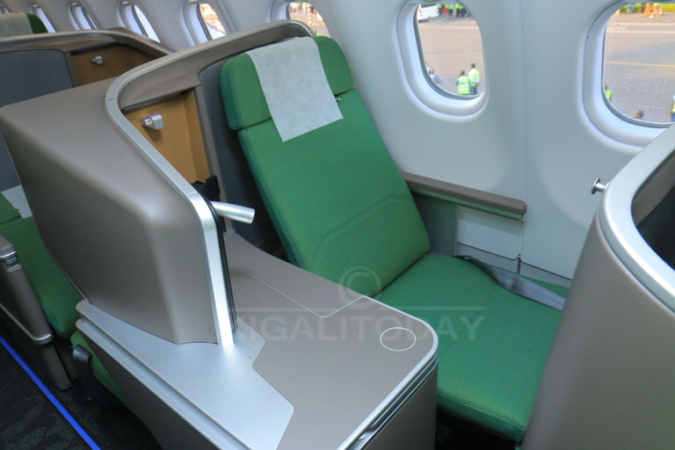