Africa requires at least $1.2 trillion every year to achieve the United Nations’ 2030 targets that were endorsed in September 2015, a high-level conference in Kigali has been told.

Speaking at the event, President Paul Kagame said it’s time for Africans to take advantage of the new Sustainable Development Goals (SDGs) and close the gap surrounding challenges on the continent.

The head of state was speaking during the first gathering at SDGs Centre for Africa which was also launched today. Kagame is the founding chair of SDGs Centre which aims at supporting SDGs’ achievements in all parts of Africa.

“The global goals shouldn’t be seen as external agenda but as an integrated part of a country’s development vision,” Kagame told delegates gathered at Radisson Blu and Convention Centre in the capital Kigali.

For Rwanda, Kagame said, “A participatory approach has been indispensable to the modest progress achieved. But we can all do more and better.”

Kagame challenged the private sector on the continent to play a key role in ensuring generation of funding for SDGs.

“Raising our focus from reducing poverty to building prosperity requires collaboration and higher expectations of private sector,” the president said.

For instance, he said; “Africa’s natural resources are abundant, its people are entrepreneurial and its political governance is improving.”

He said that if all these resources are properly managed and directed, they can create solutions for long term sustainable development of the continent.

Rwanda was globally recognized for being leader in achieving 8 Millennium Development Goals known as MDGs.

With the new 17 goals under SDGs, president Kagame advised African countries to borrow lessons from MDGs and translate them into new SDGs.

“We need to integrate lessons from the MDGs, particularly promoting gender equality and harnessing science and technology,” he said.

Adopted by all 193 UN Member States, the SDGs are 17 ambitious goals to end poverty, fight inequality and injustice and tackle climate change for everyone by 2030, among other goals. 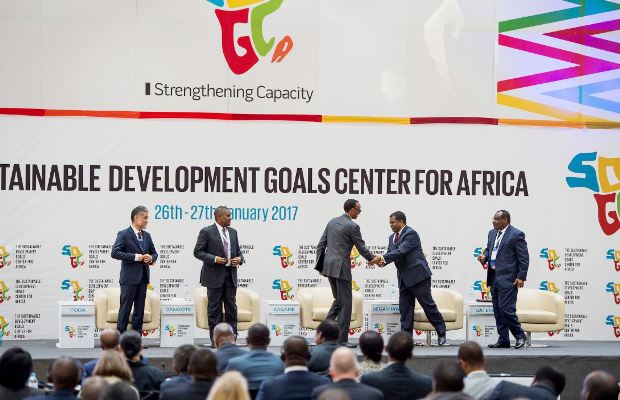 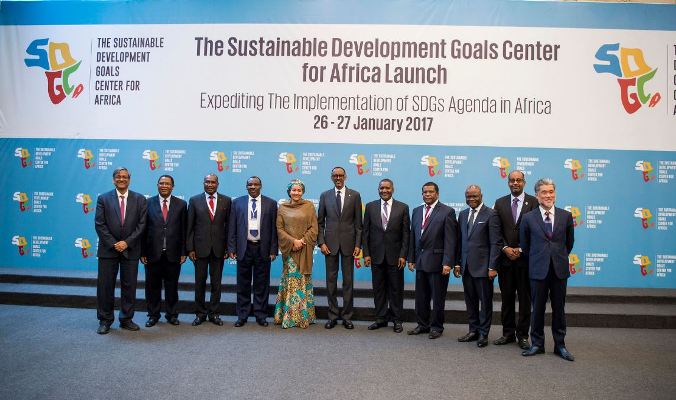