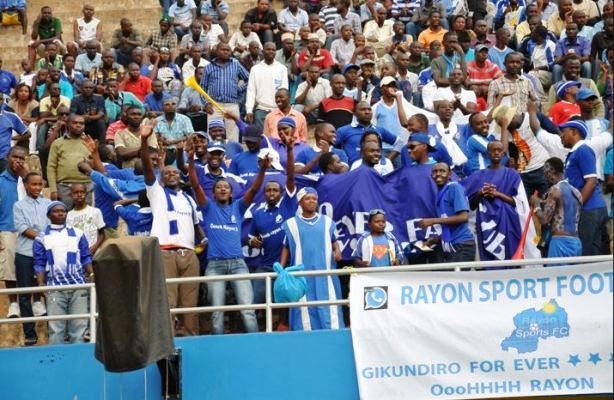 State prosecutors have asked court in Kigali to hand down a maximum punishment for Rayon Sport fans who rampaged on the national stadium following a big match in 2014.

Public prosecution on January 18 asked Nyarugunga lower court of instance , to sentence the accused fans to five years in prison and each to pay a cash fine of Rwf 1million.

They (fans) allegedly created commotion during an encounter with AS Kigali in 2014, resulting into destruction of public property at the stadium, damaging a referee’s vehicle and assaulting security officials on duty during the unprecedented chaos at Amahoro Stadium.

In the aftermath of the fracas several fans were banned from participating in football games and former coach-Luc Eymael and Team Secretary-Gakwaya Olivier suspended from officiating over eight games.

The football federation fined the duo with Rwf200, 000 each. Also controversial player Amiss Cedrick, believed to have caused the disagreement inside the pitch, was suspended from six matches with a Rwf50,000 fine while the head of Rayon Fans, Claude Muhayimana was absolved.

Irenée Bayisabe, the defense lawyer however said that her clients are innocent and asked court to release the suspects on grounds that there is lack of sufficient evidence to pin them.

The case hearing on the prosecution request will be revisited in another court session slated for February 16. Court proceedings have been received with mixed feelings and reactions from the public.

“Why today just in 48 hours before the derby Rayon Sport – APR?” said a Rayon sport sympathizer.

All eyes are set on the match between Rwanda’s top rival football teams, Rayon sport and APR FC organized as part of this year’s events to mark the 23rd Heroes day anniversary, February 1.

“This should be a reminder for Rayon fans to take precaution. Football is a game. They should reduce their chaos, prepare to win the upcoming game,” said another football fan.