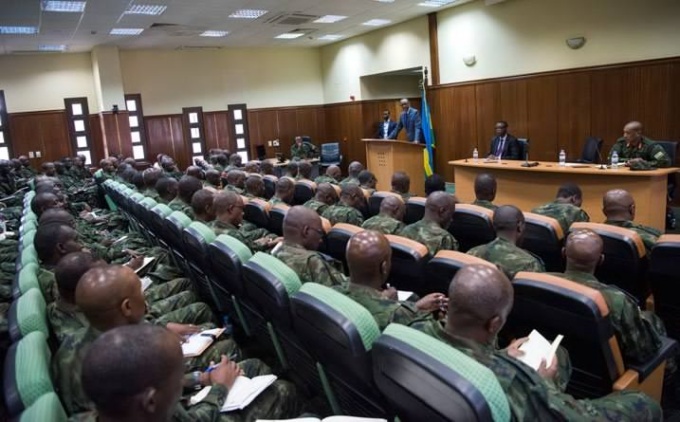 In a meeting held at the Ministry of Defence HQ, Kagame reiterated the role of the armed forces in development of the country and maintaining the hard earned security.

The commander-in-chief urged the top brass to ensure they maintain the discipline known within the Rwandan security forces.

The meeting came as Rwanda prepares to commemorate the 1994 genocide against Tutsi #Kwibuka23, which Kagame and the same troops battled to stop back in 1994.

On Friday, April 7 is when the entire country will go silent for the next seven days to remember the more than million dead.

The mass slaughter went on back then for three months – leaving tens of thousands of orphans, widows and a completely destroyed country.

During the meeting today, the President and his top military commanders exchanged views on various issues. 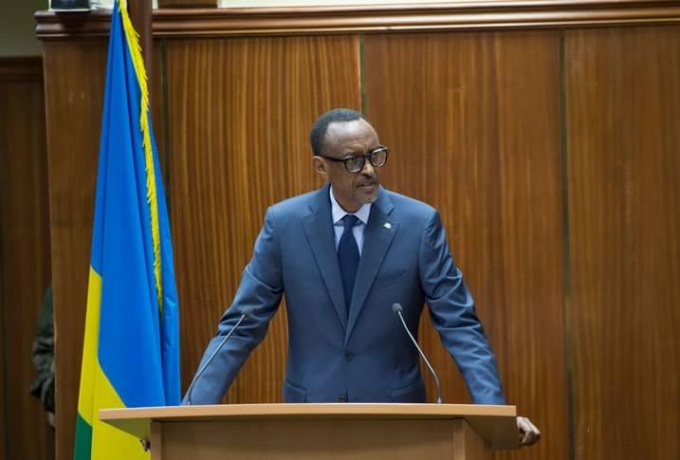 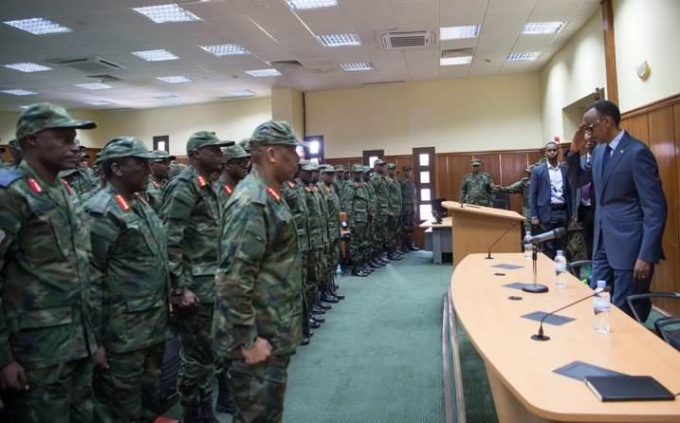 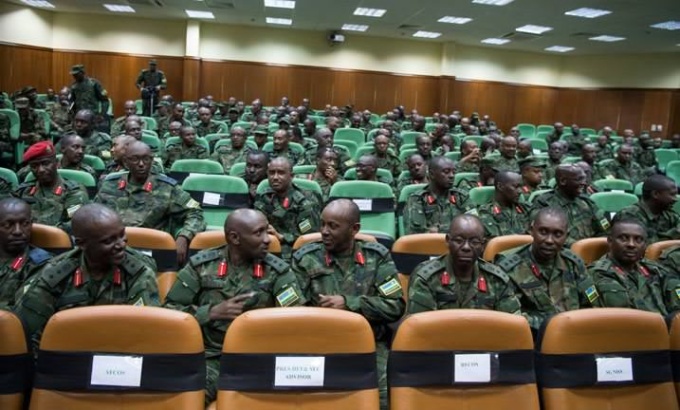 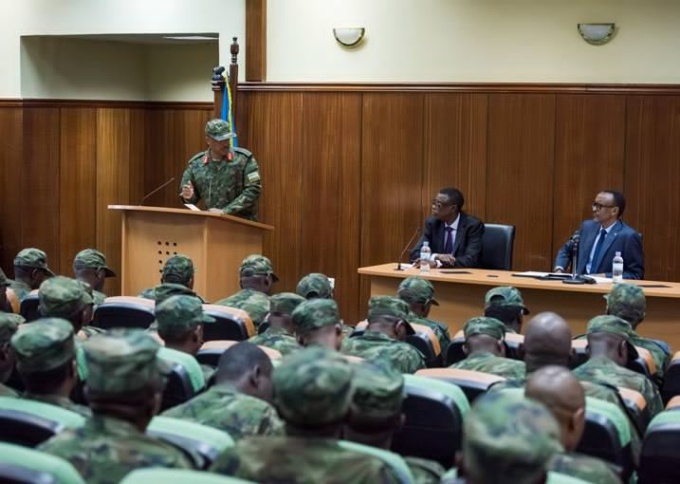