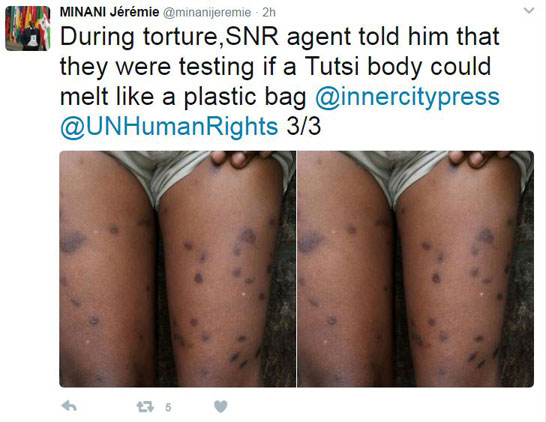 Members of the notorious Burundi Intelligence service – Service national de renseignement (SNR) are burning plastic bags and melt-dropping onto bodies of Tutsi in their cells, according to former presidential candidate Jérémie‏ Minani.

The torture tactic leaves the victims with dark scars on every point of contact on their bodies.

Minani posted graphic pictures of the victim on Twitter. They show elaborate scars left behind after drops of painful burning plastic. The victim is said to have been tortured while at a detention centre in the capital Bujumbura.

The unnamed victim who spoke to Minani narrated his ordeal after he was released from a secretive detention cell, he (victim) was transferred to an official prison.

“He told me how he was abused, humiliated for over a month. Ordered to take off all his clothes, handcuffed and plastic bag was melted on his body,” Minani said in a series of tweets on Thursday.

During torture, SNR agents told him that they were “testing if a Tutsi body could melt like a plastic bag,” Minani said in the tweets.

According to Minani, the victim told him, “After leaving intelligence secret cell, he was transferred in official prison where he was able to speak with me and send me his pictures.” 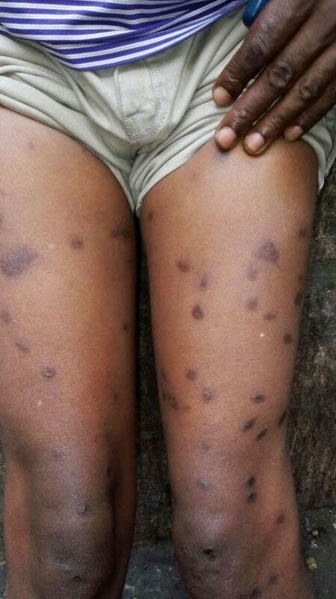