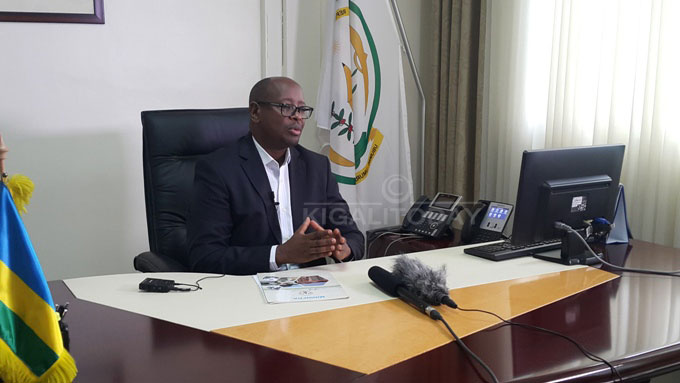 Rwanda will in three months set up a multimillion dollar fund to help bring down the current cost of housing, KT Press reveals.

Infrastructure Minister James Musoni told KT Press on Thursday that “Affordable Housing Fund” as it will be called, will cut down cost of houses by up to 50%. This suggests that a house that real estate developers are selling at Rwf50m will go down for about Rwf25m.

In July, the Fund will be operational providing a guarantee facility for developers, producers of locally made construction materials and any investors going into residential housing.

“In a survey we conducted on housing in the country, we realised that a big part of our population is in need of affordable housing and it is not affordable today therefore necessitating government intervention,” Musoni told Kigali Today Ltd in an interview, part of content for a housing sector documentary and magazine is due in May.

He added; “The survey found four components – firstly, when a developer builds houses, and then infrastructure – you realise that the cost of infrastructure alone is 30% of the total cost. To bring the cost down, as long as the developer meets certain criteria, government has agreed to cover the infrastructure part.”

“The second challenge is that the developer borrows at a very high interest rate and the mortgages are also costly. At the end of the day, this makes the houses unaffordable.”

“What government has decided to do is set up an Affordable Housing Fund starting July this year. The fund will be facilitating financial institutions to lend at relatively cheaper interest rate and for a long term. This will also bring down the cost of these houses.”

The Minister added; “The third component is land which is very expensive especially in urban areas. When this cost is recovered within the house that you are selling – again pushes the cost up. The government has decided to acquire land in designated areas for housing projects such that when an investor comes, they will get the land at cheaper rate so that they develop it at low cost.”

Musoni said government is also pushing for only “made in Rwanda” construction materials which will have to cost less compared to imports.

Various products are already on the market including precast concrete products and construction equipment supplied by NPD-COTRACO Ltd, Rwanda’s leading provider of civil engineering services and construction products. There is also Strawtec Company which offers developers solutions for all typologies, including single family homes and apartments.

Another local maker is Ruliba Clays, the only brick- and tile-making company in the country.

“We think that a combination of all these four components will bring down the current price to almost half the market price to allow the different categories of people who need houses to get them at affordable rate,” said Musoni.

“I can assure you that in a year or so, you will see a big difference.”

As to how much initial investment the government plans to pump into the Fund, Musoni said, “We are [putting in] $200m which will subsequently grow over time.”

Kigali Today Ltd is preparing a flagship sector magazine and accompanying documentary that will contain all information for house buyers across different levels, developers, financiers and makers of construction materials to enable them take decisions. The products will be one of the kind, and are scheduled to be out in mid may.