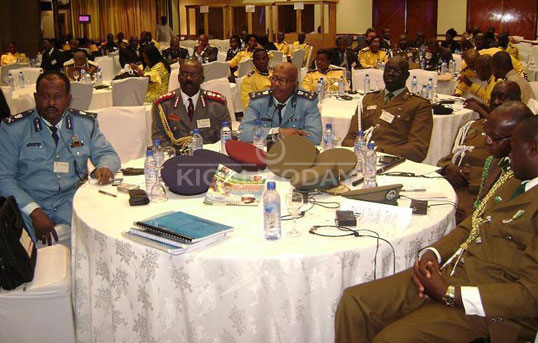 Organised under the theme: “Building a professional correctional system in Africa: A strategic objective”, the conference will draw experts, academicians and heads of Correctional Services to discuss how the bodies can be brought under one continental umbrella.

Rwigamba added that specifically, the conference, will among other objectives, “try to draw attention of African Correctional fraternity to realities of contemporary correctional demands necessitating reform and innovations.”

The conference will take place at Rwanda’s Radisson Blu and Convention Centre in the capital Kigali.

African governments have in several occasions been pinned by Human rights reports for unlawful treatment of inmates.

Such conferences, according to organisers, draw a roadmap to clear the continent’s negative branding by building a sustainable continental fraternity.

Rwanda Correctional Services has 13 prison facilities that meet international standards and considered among the best worldwide, including a rehabilitation centre for minors in Nyagatare District, Eastern province.

The prisons include Mpanga Prison – the famous and most internationally acknowledged prison facility. Located in Nyanza District in the South, the facility has a wing designed for international Prisoners hosting eight prisoners from Sierra Leone.

The prisoners include both former rebel and pro-government militia fighters from the 1991-2002 war. They are serving sentences ranging from 15 to 22 years in Rwanda as there is no prison in Sierra Leone that meets the standards required.

In 2015, Moinina Fofana – one of the convicts, was granted conditional early release by the United Nations Special Court for Sierra Leone (SCSL) after serving seven years.

My name is Lawrence B. Mendy. I am Assistant Superintendent in the Gambia Prison Service. I am the personal assistant to the Director General of the Gambia Prisons Service. I want to know what should we do to be come member of this important body. We are left behind in every aspect of correctional service and now we feel that we should be part of the body to grow.