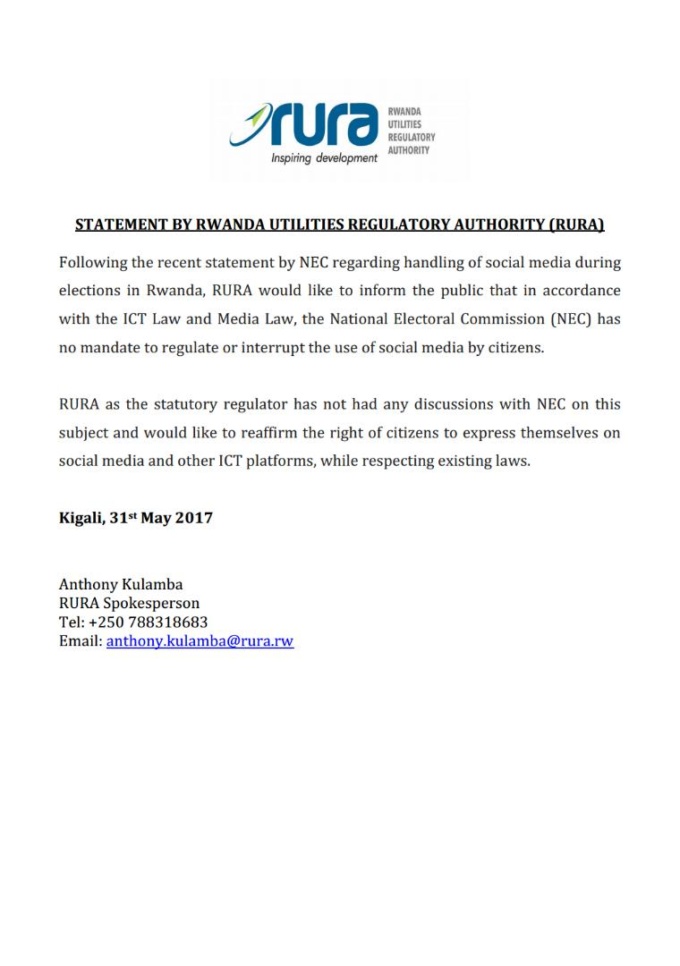 The Rwanda National Electoral Commission (NEC) became a laughing stock Wednesday evening after the country’s utilities regulator slammed its comments on social media use during the upcoming polls.

Senior officials at NEC told journalists last week that they would regulate how presidential candidates use social media. Any campaign messages planned to be posted on social media would have to be vetted first, said the officials.

NEC also said ordinary users of social media would be monitored to ensure it was not abused.

But by Monday, NEC officials may have been regretting the comments which were followed by fierce attacks on the same platforms – mainly Facebook and Twitter.

On Tuesday late night, Foreign minister Louise Mushikiwabo added her voice – saying it was “no offence” but did not agree with the NEC announcement.

And on Wednesday evening, the Rwanda Utilities Regulatory Agency (RURA) closed the debate on the issue. Quoting several legal instruments, RURA said in a statement that NEC had no powers over how social media was used. In other words, RURA was telling NEC: look at the ballots boxes, and leave everything else to those in charge.