How Rwandan College Brothers Coded Their Way to Silicon Valley 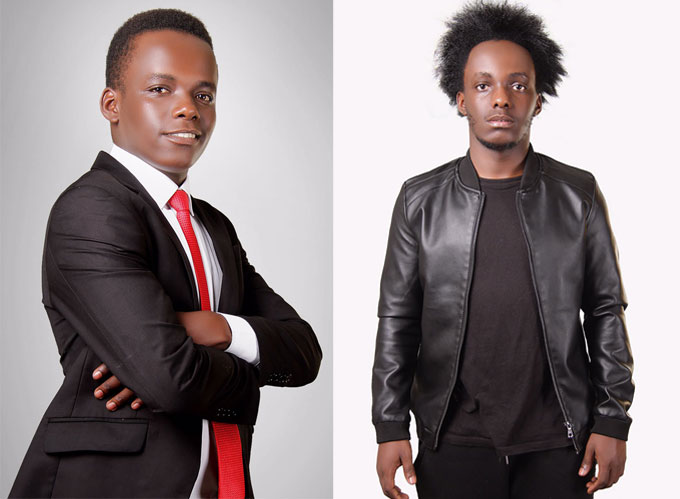 At the First Transform Africa Summit in Kigali in 2015 , two ambitious college brothers presented a project that proposed an innovative way to electronically  send and receive money  without charges.

Two years ago Patrick Muhire wanted to send mobile money of Rwf1000 to his fellow college student but realised the recipient would be charged an extra Rwf200, which he did not have.

Seated in a tiny room with his brother Cedrick Muhoza, both were puzzled and didn’t know how they would send money without using existing telecom service providers.

Muhire, 22 years then, abandoned the whole idea of sending money, but this moment gave him a reflection to ask and venture into possibilities for people to send their friends money without extra charge.

“This is how the idea of VugaPay started. I decided that I should come up with an application which could bypass the service providers,” Patrick Muhire told KT Press in an exclusive interview today.

After the two brothers completed college they searched on Google for codes to start building a ‘controversial App’- that would threaten telecoms.

Muhire, the brain behind this idea, used his training in ICT, data decoding skills which he gained in school and at geek incubation centers. 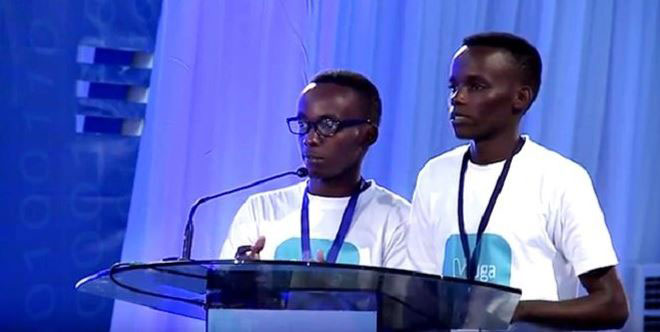 BACK THEN: Umuhoza Cedrick and Patrick Umuhire presenting VugaPay App at the 2015 Transform Africa Summit

The ambitious App was finally built and tried on about 200 clients, especially students in Rwanda, and it worked. But they never went public until 2015 Transform Africa Summit (TAS) in Kigali.

During the ‘Meet-the-Gorilla’ session at the Transform Africa Summit in 2015, VugaPay App was selected among five other innovations pitched. The startup owners convinced investors to fund their ideas and turn them into real business.

They convinced investors when Amir Shaikh, the Director Shawej and Kaenaat – an Israel ICT firm proposed them $20,000 offer for 10% on equity and half of their 5% charge on the services offered.

Last year, the two brothers moved to California in the U.S. and met billionaire Tim Draper who invested in their project.

To date VugaPay is now estimated at a value of $3million, with 80 percent of the shares owned by the two brothers and 20 percent by Tim Draper and other shareholders.

“We are very busy during the day because we spend most of our time coding and networking with potential partners.”

They say their daily life is full of business meetings, trainings and encoding transfers for 10,000 clients with the help of eight staff members working at VugaPay.

The platform allows businesses and users to transfer money across major payment systems, including credit card networks, mobile money and Bitcoin via an API, USSD interface, a mobile phone app or web interface.

On a monthly basis VugaPay transacts between $35,000 and $50,000 of mobile money remittances. Over five million transactions were processed in 2016. As of December 2016, VugaPay offers instant payments to and from 40 different mobile money networks/carriers in Rwanda, Kenya, Uganda, Niger, Malawi, DR Congo, Ghana, Tanzania and Zambia.

“Most of our clients are people living in the U.S who want to send money to their relatives. Business is doing well and we have no plans of selling off to anyone because we have a lifetime commitment with our shareholders,” Muhire said.

“But we have good news, we may soon seal a deal worth $1million,” he revealed. 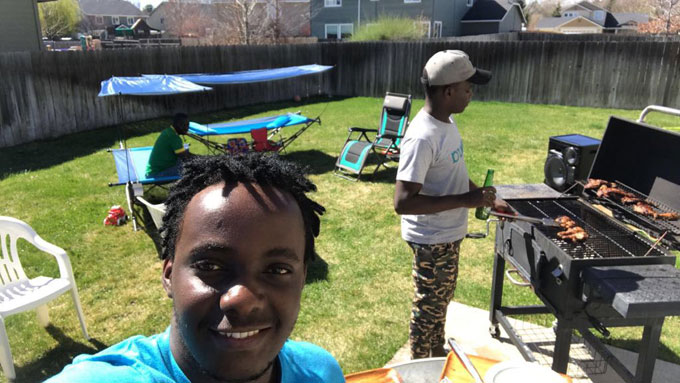 The brothers at home in the United States

VugaPay remains  Rwanda’s largest mobile money startup and among the 14 startups that got the best of SpeedUP Africa’s maiden event in 2016 in which tech investor, Tim Draper, made investments in 8 startups for an “undisclosed amount”; VugaPay, Tress, Swiftly, Planete Sports, VeriCampus, DropBuddies, Nurlux and Trendingshow.

Muhire, the co-founder of VugaPay says the application is a payment gateway connecting mobile money telecoms online on one platform promoting a cashless economy across emerging markets.

He wants VugaPay to grow as the biggest tech company in Africa and wants young Rwandans to follow their path of innovation to make a difference.

“I have some advice for Rwandan youth. Stop dreaming, start implementing. No one will build your dreams apart from you,” Muhire said.

Today at the 3rd transform Africa summit taking place in the capital Kigali, another ‘Meet-the-Gorilla’ session is expected to attract several interesting pitches.

In Rwanda, Russian Minister Explains Why LinkedIn was Blocked