The Israeli government on Thursday announced it was offering technology innovation training and business management to five tech startups that emerged at the Transform Africa Summit ongoing in Kigali.

On the sidelines of the continental event, the startups were brought together with possible investors to pitch for equity financing in a session called “Face The Gorilla”. It is from this same session that two young Rwandans appeared in 2015, and their idea is poised for a $1m offer in Silicon Valley (Read: How Rwandan College Brothers Coded Their Way to Silicon Valley)

Among the startups that will head to Israel includes a team that has designed an Application for battling the so called ‘Army Worm’. The worm has destroyed hundreds of thousands of hectares of maize crops across Rwanda. The military had to be brought in to deal with the crisis.

The technology by Ibaze Group, this Thursday evening received a $35,000 offer from investors at ‘Face the Gorillas’.

“Our company group has already been able to fabricate the first solar powered car prototype in Rwanda and when we saw the damage caused by pests, we took up this opportunity to build a solar spray which is green energy,” said Samantha Ruzibiza, alongside one of her Ibaze Group partners Arsene Simbi.

The cost of producing one spray, according to the innovators, will go for Rwf50.000 ($60), and they plan to kick start with the Northern Province with 8,277 farmers.

The students told the investors of a need for $50.000 (Rwf41million) to produce over 8000 units. The prospective investor will take up 20 percent equity.

Ruzibiza and Simbi were representing other eight company stakeholders – all students of electrical engineering. In less than two minutes into the pitch, the five-member panel had sensed a huge business idea.

“I have never seen such an innovation yet am in the solar business,” said Yariv Cohen, the Chairman of Kaenat, an Israeli global investment firm. “We will help in the distribution but focus on the service model to make this work out.”

Rwandan media mogul Eugene Nyagahane put forward an offer of $35,000 to put into the innovation but wanted 25% equity in the business. A back-and-forth exchange ended on a settlement of 20%. Kaenat pumped in $10,000.

The panel of investors also heard from VugaTV – a television content development company. The other was HelloJob – a platform linking job seeker with potential employers. There were two innovations, Tantine and Umbrella – all targeting reproductive health service business.

The investors advised Tantine and Umbrella Apps to merge the businesses as a possible strategy if they are to remain competitive. Tantine alone needs $25,000. The market is full of health services Apps, said one investor on the panel.

VugaTV mobile app co-founded by Ines Umuhoza also received the good attention from the investors, who offered to put in the required $100,000 only after the business model of selling, developing content and share capital administration areas are streamlined.

Diplomats from the Israeli embassy in Kigali said one member from each of the companies will travel to Israel for training to turn their businesses into global brands. 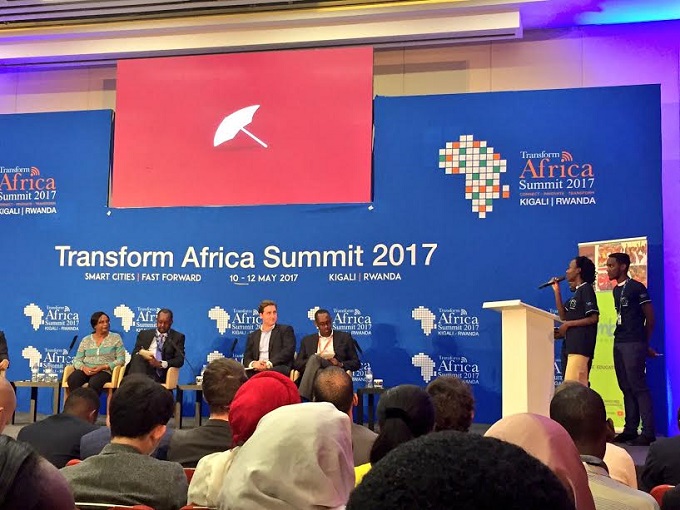