Over 12% of Rwandans Smoke Tobacco 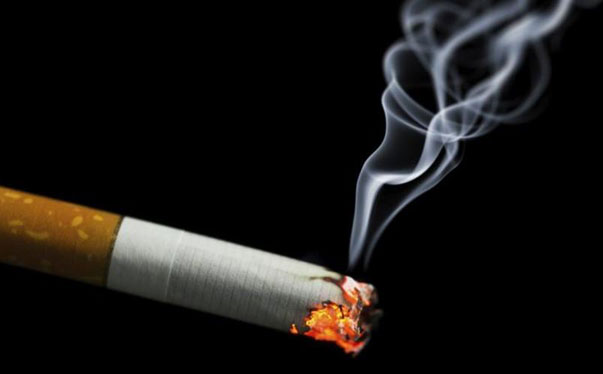 About 12.8% of Rwandans have smoked cigarettes or used tobacco products – According to a 2013 Health Ministry Survey

Rwanda’s Health Ministry says there is high consumption of tobacco among Rwandans despite strict policies.

A survey conducted by Rwanda’s Health Ministry in 2013 indicated that out of 11.8 million Rwandans, 12.8% of them had smoked cigarettes or used tobacco products.

In 2013, a national assessment conducted on Non-Communicable Diseases risks, indicated 12.8% Rwandans aged between 15- 64 use tobacco.

According to the survey, 46.5 million packets of cigarettes were sold in 2014 alone.

“Most smokers claim to have done it for so many years without any effect. But what they should know is that tobacco is a silent killer,” Dr. Marie Aime Muhimpundu – Division Manager of Non-Communicable Diseases at Rwanda Biomedical Centre told KT Press on Tuesday.

In August last year, health experts from African countries met in Rwanda’s capital Kigali and demanded for a hike of taxes on tobacco to deter massive consumption.

Rwanda government has been applying hybrid tax regime that has doubled tobacco revenues from over Rwf460 billion to Rwf982billion from fiscal year 2011 to 2016.

The April 2013 Tobacco control law prevents any contact with tobacco and its products to persons under 18 years and provides that nonsmokers should live in a smoke-free environment.

However, many smokers still enjoy their habit in public places – irrespective of the law.

Muhimpundu said that her department has been engaging owners of public places like restaurants, bars and other entertainment venues to respect the law.

“It is a continuous campaign. We always train and remind these (owners of public places) to respect rights of nonsmoking clients,” she told KT Press.

Currently, the most consumed types of cigarette brands in Rwanda are ‘Intore’ locally produced by Tabarwanda and imported Dunhill.

Every year, more than 6 million people die from cigarette smoking globally – a figure predicted to grow to more than 8 million annually by 2030.

Out of the current figure, over 600, 000 deaths are from exposure to second-hand smoking with nearly 80% of these deaths occurring in low- and middle-income countries.

Rwanda today joins the rest of the world to celebrate The World No Tobacco Day 2017 under the theme “Tobacco – a threat to development.”

How a Homeless Single Mother Broke Chains of Poverty