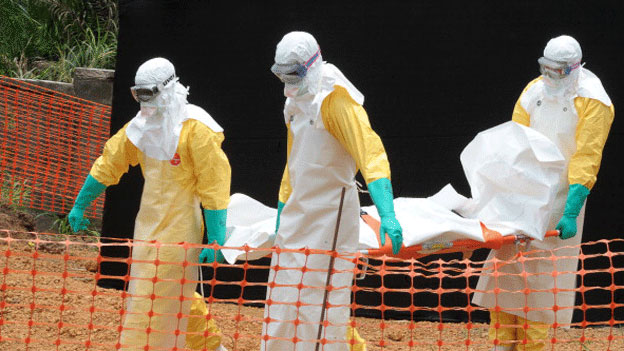 Rwanda health officials are closely monitoring release of World Health Organization (WHO) report which will determine whether to stop its citizens from traveling to Democratic Republic of Congo (DRC) just days after an Ebola outbreak was declared in the Central African nation.

An Ebola outbreak is thought to have begun on April 22, in the Likati Health Zone, Bas Uele Province, a remote area in the far north of the country that borders with the Central African Republic.

Nine people have been found displaying hemorrhagic symptoms indicative of the virus, and three of these have died. WHO confirmed this outbreak last week.

Rwanda health officials said a new report by WHO specialists on the ground is awaited, because it will push the country to decide the fate of Rwandans travelling to DRC and vice versa.

“It is not necessary to issue the travel ban now, but we are waiting for a status update from WHO experts. If we read the report and find it necessary to opt for a ban, we shall have to issue the ban but not before the report,” said Malick Kayumba, Head of Health Communication Division – Rwanda Biomedical Centre (RBC) told KT Press today.

This is the first outbreak of the disease to have occurred since the epidemic that claimed lives of more than 11,000 people in West Africa two years ago.

No case was reported in Rwanda and WHO declared, was satisfied with Ebola preparedness in the country.

For example, people entering Rwanda that had in the previous 22 days traveled to Guinea, Liberia, Nigeria, and Sierra Leone were screened and monitored for 21 days.

A specialized team — medical doctors and ten nurses trained on Ebola — was stationed at Kigali International Airport. Thousands of others were deployed across the country, with maximum vigilance.

A 300-bed equipped isolation center was also established, in case of an emergency. A toll free line, 114, was availed for citizens to report any possible case.

Despite the long distance between Kigali and Kinshasa, Rwanda is watching closely to avoid any crisis as new cases were reported.

Yves Butera, Head of Communication at Rwanda Directorate General of Immigration and Emigration told KT Press,  that they are in closed discussions with the Ministry of Health over Ebola measures to be taken on movement of citizens.

“We are working with ministry of health on this and our discussions are still internal,” Butera said.

Rwanda’s ministry of health says that whatever the outcomes the country is prepared and ready to handle the Ebola outbreak just as in the previous three year-long threat.

Medics across the country have received medical briefings on the Ebola alert.

“We are not allowed to touch or get closer to patients and patients cannot share a bed,” a microbiologist in a hospital in Kigali told KT Press on condition of anonymity.

For Rwandans, Here is How to Deal with Recent Global Cyber Attack