Instead of taking a break like it is in other parts of the world, President Paul Kagame wants government officials to utilise this campaign period to meet with citizens across the country.

“The upcoming electoral period will be an opportunity for all of us to meet and listen to citizens everywhere in the country,” Kagame said while officiating at swearing-in ceremony of the new deputy ombudsman and a new member of parliament.

Rwandans will go to polls on August 4th to elect their next President while Presidential campaigns kick off in the next seven days – on July 14.

For President Kagame, during the campaigns, “No citizen will be left behind. It will be a time to listen to and solve problems they face even faster as we move forward.” 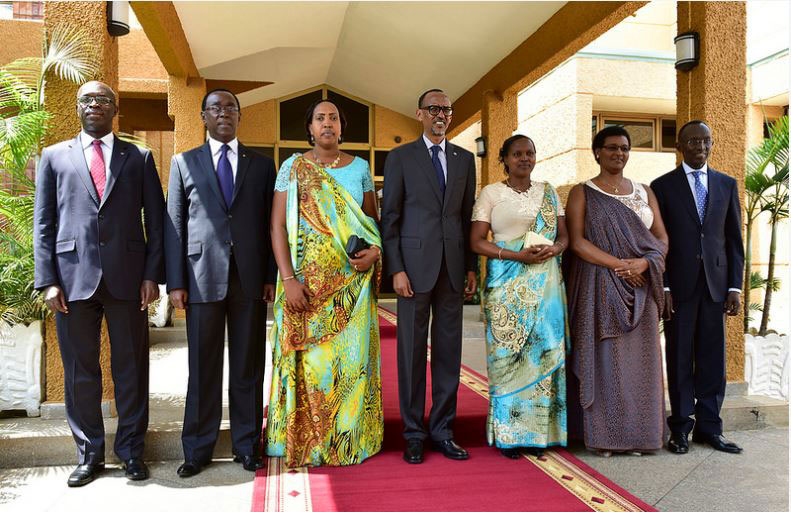 According to President Kagame, “It is not that we do not want a holiday. But we have elections this year.”

However, the President added; “There is a way we can still use this opportunity as a holiday where people can work with ease and we still fulfill this paramount responsibility.”

The President officiated the swearing-in of MP Winfrida Niyitegeka who replaced MP Françoise Mukayisenga who died of natural causes in June this year.

Also sworn in was Odette Yankurije – a former Principal State Attorney who was appointed Deputy Ombudsman.

The President welcomed the new leaders and called for team work with other officials.

“I trust that both the newly sworn in leaders and the leaders they are joining will work together towards our common goals.”

The President told his government, “We need to remind ourselves that we can always do more to move our country forward.”